Stefanos Tsitsipas struggled to explain how he pulled off a remarkable turnaround against Rafael Nadal at the Australian Open. 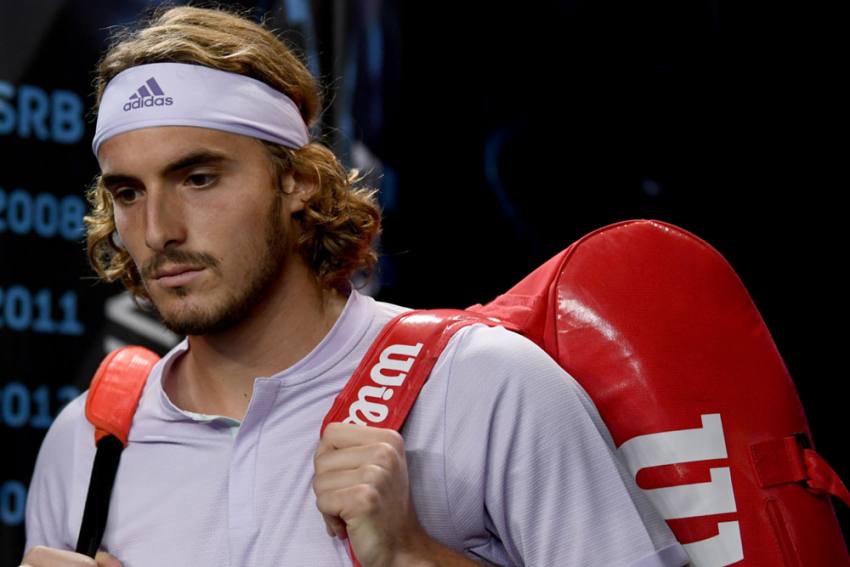 Stefanos Tsitsipas struggled to explain how he pulled off a remarkable turnaround against Rafael Nadal to reach the last four of the Australian Open. (More Sports News)

The fifth seed had only once before beaten Nadal and was facing a seventh career defeat to the 20-time grand slam champion as he fell two sets behind on Rod Laver Arena.

The Greek joined Fabio Fognini, at the 2015 US Open, as the only players to overturn a two-set deficit to beat Nadal at a major.

Victory had seemed particularly remote as Tsitsipas struggled to make any inroads on Nadal's serve. He won only 10 receiving points across the first two sets - two of those coming courtesy of double faults - and had to wait until the final game before the breaker in the third to add an 11th.

Then, to the victor's bemusement, the match turned, ending Nadal's run of 35 consecutive set wins at grand slams.

"I have no words to describe what has just happened on the court," Tsitsipas said. "My tennis speaks for itself.

"It's an unbelievable feeling to fight at such a high level and leave it out on the court. I started very nervously.

"I don't know what happened after the third set. I flew like a bird and everything worked for me."

Tsitsipas, who made just four unforced errors in the pivotal third set, added: "I focused on staying calm and holding my nerves today. I have failed to do so in some of my matches.

"I stayed calm in the tight moments and I kept everything to myself. I am really happy with the attitude that I showed on the court."

Now Tsitsipas must take on another player he has only previously defeated once, although that win came in his most recent meeting with Medvedev in 2019.

"He plays very well and has been very consistent, with lots of consecutive wins," Tsitsipas said. "I need to recover and have a good ice bath.

"I am looking forward to the match and each match I play here is an opportunity to play my best tennis. It will be amazing to see the crowds again."