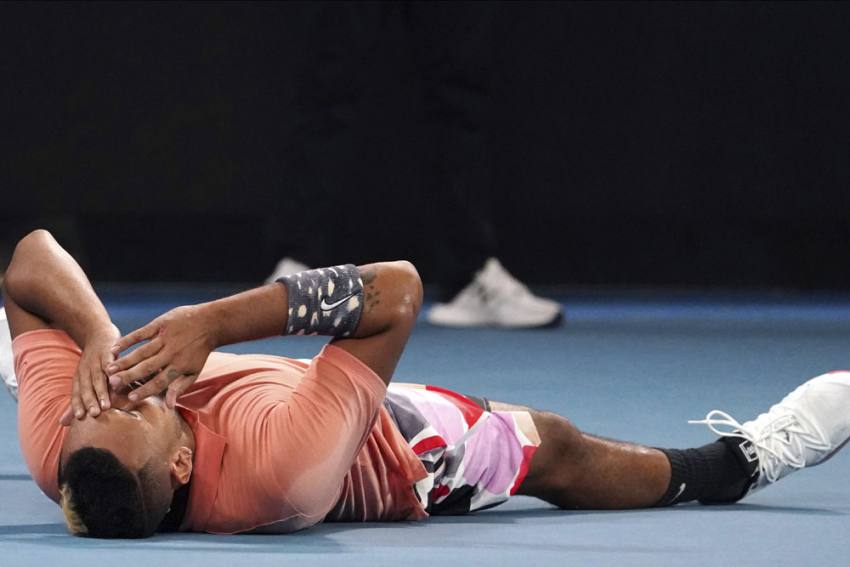 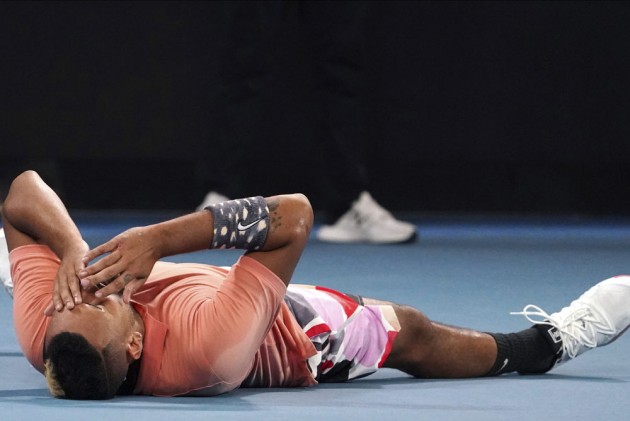 "Mate, it was crazy, I don't even know what to say right now, it was insane, I have no words for how I'm feeling right now," said Kyrgios.

"This is epic, man, I don't even know what's going on," he added. "He's (Khachanov) an absolute warrior."

It sets up a mouthwatering clash with the world number one Nadal, who romped past fellow Spaniard Pablo Carreno Busta 6-1, 6-2, 6-4.

Kyrgios, who was handed a 16-week suspended ban in September after a string of indiscretions, disparagingly labelled Nadal "super salty" last year, and mimicked his serving routine during the second round at Melbourne Park.

But Kyrgios tried to play down the feud with Nadal on Saturday, saying: "He has a winning record against me. Whatever happens between us, he's an amazing player, he's arguably the greatest of all time." Asked about 23rd seed Kyrgios after his match, Nadal was also diplomatic.

"When he plays good tennis and he shows passion for this game, he is a positive player for our tour.

"When he's doing the other stuff, of course I don't like." Kyrgios admitted he was on the verge of going "to a very dark place" in his second-round clash against Gilles Simon before refocusing.

And he mostly held it together against Khachanov, before a blow up at the umpire in set four over a time violation.

He had a match-point chance in each of the third and fourth sets but the Russian held firm to ensure Kyrgios played the longest match of his career.

The Kyrgios serve was on fire early on, sending down four aces in the first two sets.

He made the break in game six, with Khachanov firing wide after a deft drop shot from the Australian. But Kyrgios was grimacing and at 5-2 took a medical timeout for an upper left leg niggle.

He returned to break again and empathically take the set.

The second set went with serve up to a tiebreaker, with some electrifying tennis from both men. Kyrgios won it and Khachanov slammed his racquet in frustration.

The Australian worked three break points in game five of the third set and while Khachanov managed to save two, he sent down a double fault to hand Kyrgios a crucial 3-2 advantage.

But he lost focus and was quickly broken and it went to another tiebreaker.

Kyrgios saved two break points at 3-3 in the fourth set then lost control after being given a time violation, hurling his racquet and confronting the umpire, calling him "stupid".

His rant continued as he received attention for a nasty cut on his knuckle at the changeover after a spectacular airborne half-volley.

That set also went to a tiebreak where Khachanov prevailed, sending it to a fifth set.

There was nothing between them as they slammed balls at each other until the Australian finally won in the super tiebreaker, falling to the ground exhausted.