After a day of clean-up operations and delays at Australian Open, Nick Kyrgios fought his way past Frenchman Gilles Simon in four sets, and Wimbledon champion Simona Halep stamped her class with a win over Britain's Harriet Dart 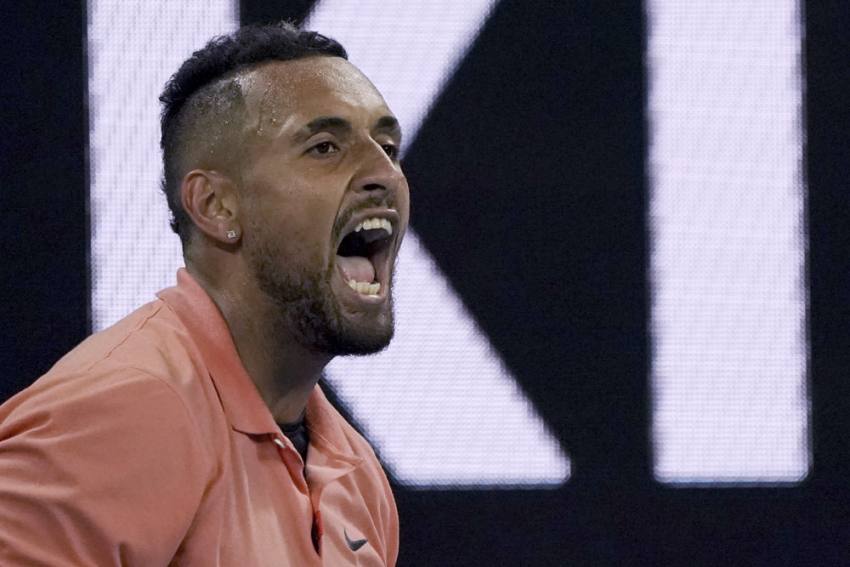 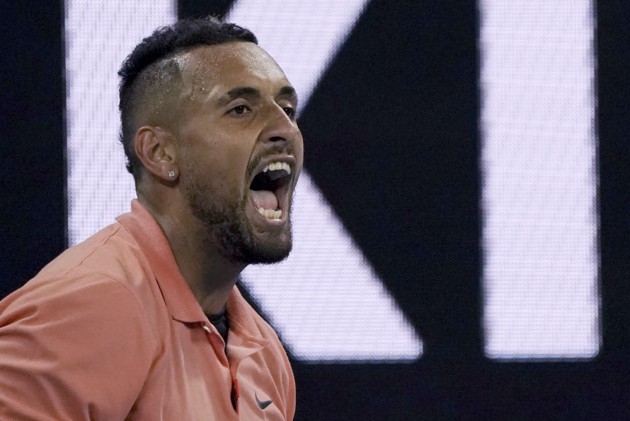 Flamboyant Nick Kyrgios suffered a fright before reaching the Australian Open third round on Thursday as the weather-disrupted tournament faced a new challenge: dirty rain, which left courts muddy and unplayable.

After a day of clean-up operations and delays, Australia's Kyrgios fought his way past Frenchman Gilles Simon in four sets, and Wimbledon champion Simona Halep stamped her class with a win over Britain's Harriet Dart.

Kyrgios, increasingly popular with home fans after spearheading fundraising efforts for Australia's bushfire crisis, was cruising at two sets up when he dropped the third set and with it, his composure.

"I definitely lost my way a little bit... but I decided to refocus," Kyrgios said of his mini-meltdown in the third set.

"I could have gone to a very dark place in the fourth set but I put it away."

The win keeps Kyrgios on course for a fourth-round clash with Rafael Nadal and the next instalment in their grudge match after he hit back at criticism from the "super salty" Spaniard last year.

His victory followed a day of upheaval caused by the dirty rain, the latest weather problem at a tournament which has contended with bushfire smoke, heavy downpours and strong wind.

Rain mixed with a dust storm coated the Melbourne Park facilities in a fine layer of mud, which took hours to clean and made many outside courts unusable.

'I was freaking out'

As action resumed Alexander Zverev, another man who has a running feud with Kyrgios, showed signs of a return to form as he downed Egor Gerasimov 7-6 (7/5), 6-4, 7-5.

The German seventh seed has been practising up to seven hours a day after a winless ATP Cup and the hard work paid off as he safely reached the third round.

"Definitely much better than the ATP Cup. Now in the third round, I'm very happy about that," said the 22-year-old, who beat Italy's Marco Cecchinato in round one.

"It was all of a sudden a really tight third set that shouldn't happen. That's why I was freaking out inside and also outside today," said the two-time French Open finalist.

A nosebleed was one of Daniil Medvedev's biggest challenges in his win over Spanish qualifier Pedro Martinez, while Gael Monfils, who injured his racquet hand playing computer games before the tournament, downed Ivo Karlovic.

In the women's draw, Halep beat Dart 6-2, 6-4, while Belinda Bencic knocked out former French Open champion Jelena Ostapenko -- who was playing despite the sudden death of her father this month.

Two-time Major winner Garbine Muguruza, who scaled Mount Kilimanjaro in the off-season as she searches for a return to form, dispatched home hope Ajla Tomljanovic 6-3, 3-6, 6-3.