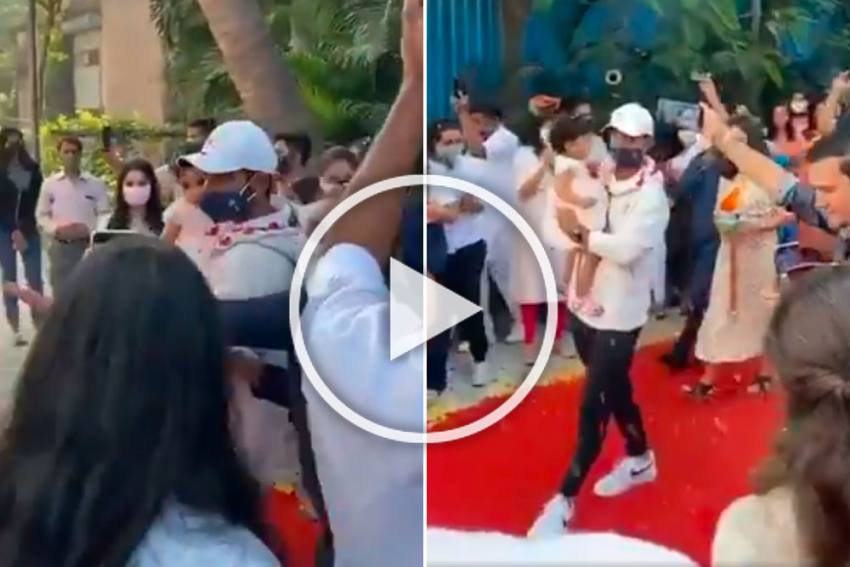 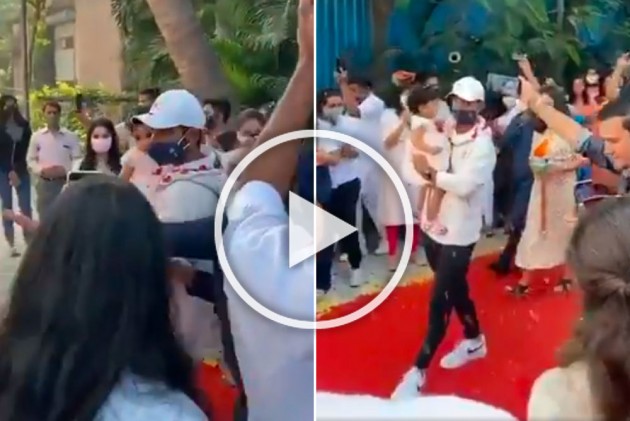 Chants of 'aala re aala Ajinkya aala' headlined a red carpet welcome for Ajinkya Rahane as the stand-in captain, along with coach Ravi Shastri and some other members of the team, returned to the country on Thursday after India's epic triumph in Australia. (More Cricket News)

The chants (meaning here comes our Ajinkya) were heard amid the beating of the traditional dhol tasha and showering of flower petals at Rahane's residential complex.

T Natarajan, who was originally picked as a net bowler but became the first Indian cricketer to make his international debut across all three formats during the same tour, landed in Bengaluru and then took off for his village in Tamil Nadu's Salem.

The players from Chennai, including veteran off-spinner Ravichandran Ashwin, rookie Washington Sundar and bowling coach Bharat Arun are currently in Dubai and are expected to reach the country early morning on Friday.

Rahane also cut a cake to celebrate the team's win.

On arrival in Mumbai, Rahane, Shastri, Rohit, Shardul and Shaw had been felicitated by Mumbai Cricket Affiliation officers, together with President Vijay Patil and Apex Council members.
Rahane celebrated the victory by cutting a cakepic.twitter.com/OVLCkLSlqk

However, more surprises awaited the reticent batsman after he drove straight to his housing society in suburban Matunga, where residents had made elaborate preparations to accord their hero a royal welcome.

Rahane was welcomed with the beats of dhol, while others showered the cricketer with flower petals.

Rahane was also joined by his wife and two-year-old daughter in the celebration.

Soaking in the carnival-like atmosphere, Rahane acknowledged the love and adulation showered on him by the people of the city, many of whom waited for his team at the airport wearing masks amid the COVID-19 pandemic.

In his society, residents and videographers jostled to capture the moments and the unassuming batsman posed happily for them.

Rahane was then greeted in a traditional manner as he walked towards the entrance of the building.

Dhol tasha is usually played to celebrate special achievements and during joyous occasions.

An injury-ravaged India beat Australia by three wickets in the series-deciding fourth Test in Brisbane on Tuesday to clinch the rubber 2-1 and retain the Border Gavaskar Trophy.

Stepping in after the catastrophe in Adelaide in the absence of Virat Kohli, Rahane led by example with a classic century in the second Test at Melbourne, guiding India to a series-levelling victory.

There was no looking back after that as Rahane inspired a heavily-depleted Indian team to an unbelievable series triumph against a full-strength Australian team that possessed the world's best bowling attack.