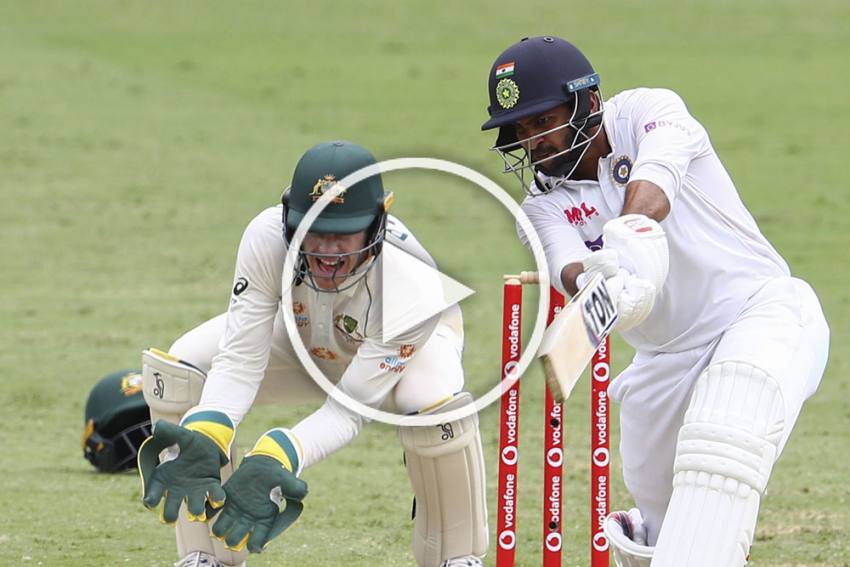 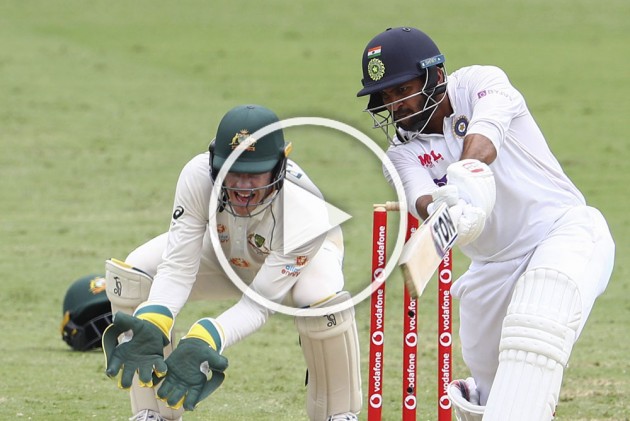 Shardul Thakur and Washington Sundar halted Australia's momentum before India were bowled out for 336 on a frustrating day for the hosts in the fourth Test at The Gabba, Brisbane.

Australia appeared on track to clean up India's batting line-up and maintain a healthy lead on day three of the final match after leaving the tourists in a perilous position of 186-6, but unheralded pair Shardul (67) and Sundar (62) put on a remarkable 123-run stand.

David Warner (20 not out) and Marcus Harris (1 not out) saw out the remaining half-hour of play to lead Australia to 21-0 at stumps, a lead of 54 runs, as Tim Paine's side face a race against time to win the Test and reclaim the Border-Gavaskar trophy.

After rain wreaked havoc on Saturday, India resumed 62-2 in response to Australia's first-innings 369 in Brisbane, where Hazlewood (5-57) and Mitchell Starc (2-88) managed to claim the prized scalps of Cheteshwar Pujara (25) and captain Ajinkya Rahane (37) in the morning session.

Here's every wicket to fall in India's first innings, including five for Josh Hazlewood!#AUSvIND | @xxxx_beer pic.twitter.com/lkdnxaDM8R

But Shardul and Sundar combined to sensationally thwart Australia, who toiled tirelessly before eventually bowling out India.

Trademark Warner! Followed by a drive for four more.

Star Australia opener Warner then raced out the blocks with a quick-fire 20 runs, including three boundaries, to navigate a tricky end to the day.

India duo come to the rescue

A remarkable seventh-wicket stand kept Australia at bay and clawed India within touching distance of the hosts' first-innings total.

It was an unlikely pairing that rescued India – Sundar celebrating a half-century on his Test debut, while Shardul also raised his bat for a maiden Test fifty.

For the second time in the blockbuster series, Hazlewood recorded a five-for against India.

It was far from easy for Australia, but Hazlewood battled as Pujara, Agarwal, Pant, Navdeep Saini (5) and Mohammed Siraj (13) fell victim to the fast bowler.