India were 4/0 before the final session of the play was suspended early due to rain on the fourth day on Monday. The series is currently locked 1-1 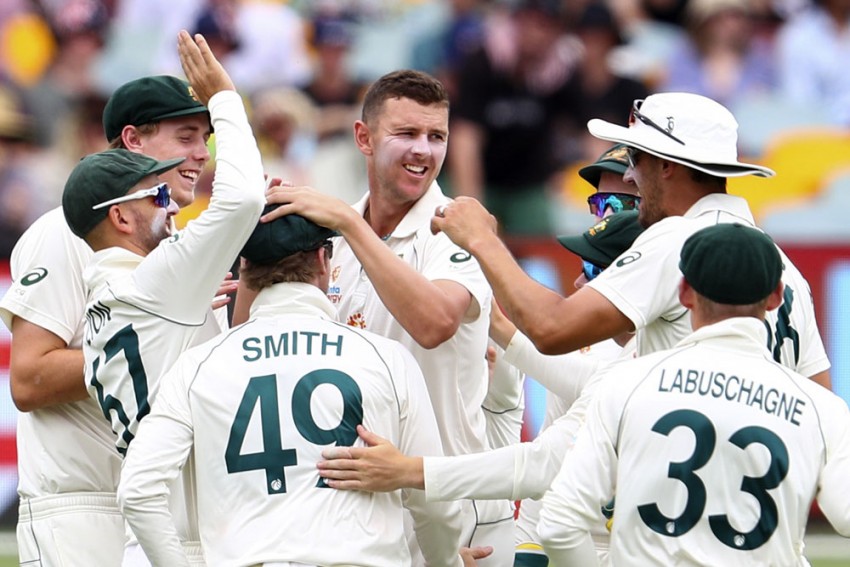 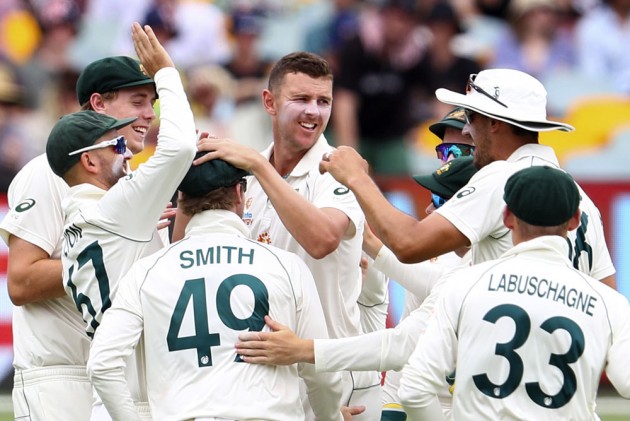 Australian batsman Steve Smith reckons that with the Gabba track starting to play a few tricks, staying patient would be imperative for his team's bowlers when they defend an imposing 328 against a determined India on the last day of the fourth and final Test at The Gabba, Brisbane.

India were 4/0 before the final session of the play was suspended early due to rain on the fourth day on Monday. The series is currently locked 1-1.

"I think the game is in a nice place for us. I think the wicket has started to play a few tricks today, couple of balls shot up," Smith said at the virtual post-day press conference, facilitated by official broadcasters Sony Networks.

"So, tomorrow it is just going to be about bowling (in) good areas and letting the natural variation of the day five wicket sort of do its work and hopefully we can hold on to all the chances," he added.

The rain factor is also going to be a crucial one on the final day but Smith would rather focus on controllables.

"Who knows? That is a tough question."

He said the Australian bowlers should remain patient and not go searching for too much.

"The Indian players have obviously batted well. Obviously in Sydney, it was 130 (overs) or something, obviously it is a different wicket to that. But for us it is just being patient, not searching too much, bowling good areas and just letting it happen," the prolific batsman stressed.

"I think the more you sort of go searching for on these kind of tracks, then you probably don't get the reward. So, it is just about hitting good areas consistently and letting the natural variation of the wicket take its course," he reiterated.

India, after conceding a 33-run first innings lead, bundled out Australia for 294, with pacers Mohammed Siraj (5/73) and Shardul Thakur (4/61) doing the bulk of the damage.

"...it is going to be an interesting final day and boys are excited about tomorrow," the mainstay said.

Smith, who top-scored with a vital 55 in the second essay, evaded a question on whether Australia could have declared early.

"...it is hard to know obviously with the rain coming, we are certainly not weatherman and don't know that it is coming, so you have to play the game as you sort of see it as well, so I don't know," he said.

Left-arm pacer Mitchell Strac looked uncomfortable with his hamstring, but Smith expressed optimism that the 30-year-old would be good to go on Tuesday.

"I am not sure (about it), to be honest with you. Like, I saw the same thing, walking back, (Mitchell) grabbing at his right hamstring.

"I'm sure he'll get assessed by the medical staff and one thing I know about Mitchell is he's tough and he's played through some injuries before and got the job done, so he will be hopefully good to go tomorrow," said Smith.

Smith also said that the role of experienced off-spinner Nathan Lyon, will be crucial.

"...there is nice little crack I think, forming outside the right-hander's off-stump, he (Lyon) will probably be looking to sort of aim at...so I think if he hits good areas consistently tomorrow, there is certainly no reason why he can't create some chances on day five," the 31-year-old said.