Mohammed Siraj, who was playing his second Test, got teary-eyed when the Indian National Anthem was played out at the SCG before the start of the AUS vs IND match 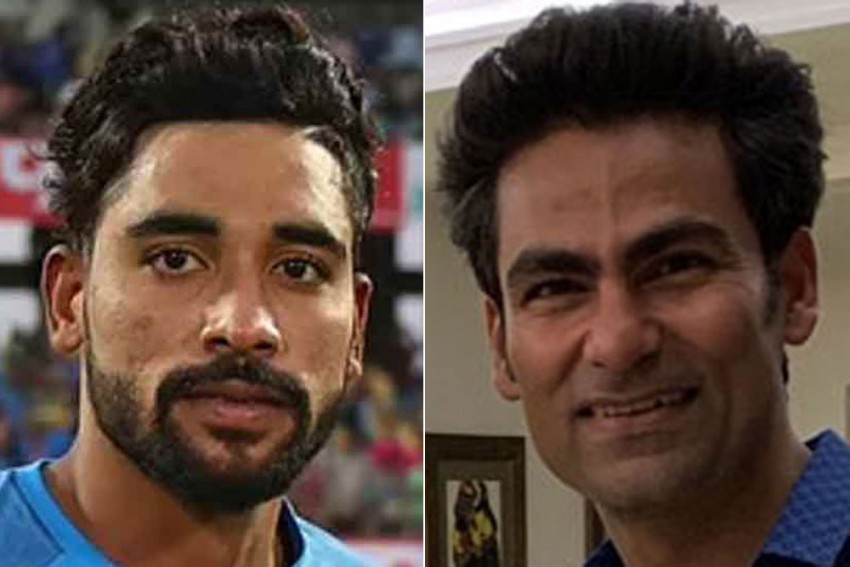 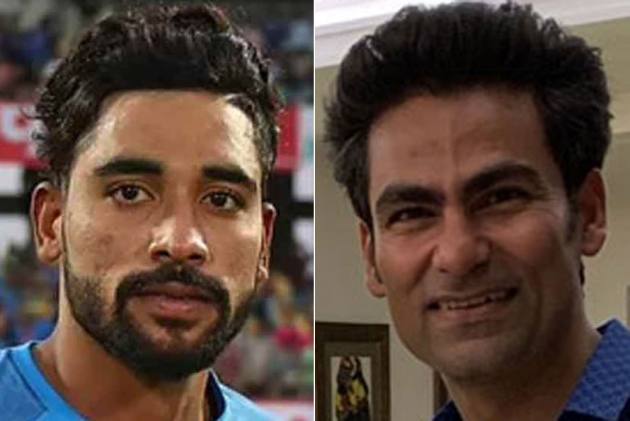 The first day's play at SCG was well and truly over after Australia negotiated 55 overs on rain-hit Sydney, but Mohammed Siraj's emotions continued to play out late in the night as Indians deem it fit to discuss his religion, tears and late father.

When India's National Anthem was being played out before the start of the third Test, Siraj got teary-eyed. He then carried on, claiming one of the two wickets that India managed to take, that of David Warner in the fourth over to give his team an early breakthrough.

With intermittent rain playing hide and seek, play at the iconic SCG got affected and there were multiple stoppages. All this while, Indian fans invoked Siraj's religion and reacted to comments made by former players and celebrities.

And one particular tweet, shared by former India cricketer Mohammad Kaif, itself became a talking point.

I just want certain people to remember this picture. He is #SirajMohammed and this is what the national anthem means to him pic.twitter.com/eJi9Xeww8E

In fact, it stirred up the proverbial hornets' nest, with hardliners jumping the gun to decide someone's patriotism or the lack of it.

It’s sad that you feel that an Indian Muslim has to prove every day that he loves his nation. Please don’t fall into that trap.

Don't do that kaif Bhai.. If you are showing One 'Mohammed siraj' emotional for national anthem.. We can tell you about lakhs of Mohammeds doing anti national activities.. Please don't use siraj's Love for his country for your agenda

why do want certain people to remember this ? should those same people even remember this picture below ! Don't paint patriotism as a favour to the nation , this nation dosen't owe you anything , jiske dil mein desh hota hai , usse har mukaam pe approval ki zaroorat nahi padhti . pic.twitter.com/ryrJMUpcWr

Nothing to tweet here. u catering to ppl who constantly seek proofs and u hope to satisfy them with such proofs. No need to give proofs to anyone. Everyone in country equally entitled. Pic is good but its common to see players crying during national anthem across the world.

There are few fields where religious identity should not matter.

*Even Politics too, but our Politicians won't agree.

Ideally, it has to be in every field that one shouldn't be judged on the basis of his/her identity.

Please be specific you say certain people..
Because there are many "specific" people who sit in the theatres and chew pop corns while the National Anthem is played.. And if we oppose them, then we are declared as intolerant!!!!

Later, it was revealed that Siraj got emotional thinking about his father, who died in November. The pacer had stayed back in Australia to fulfill his dream of seeing him play for India.

"Just remembered my father at that time. I was really emotional. He wanted me to see playing Test cricket," the 26-year-old said after day's play. "Wish he could see me playing for India."

This was Siraj's only second Test match. The right-arm pacer made his Test debut in the second match of the ongoing Border-Gavaskar Trophy series.

Lionel Messi Is Getting Back To His Best For Barcelona: Ronald Koeman