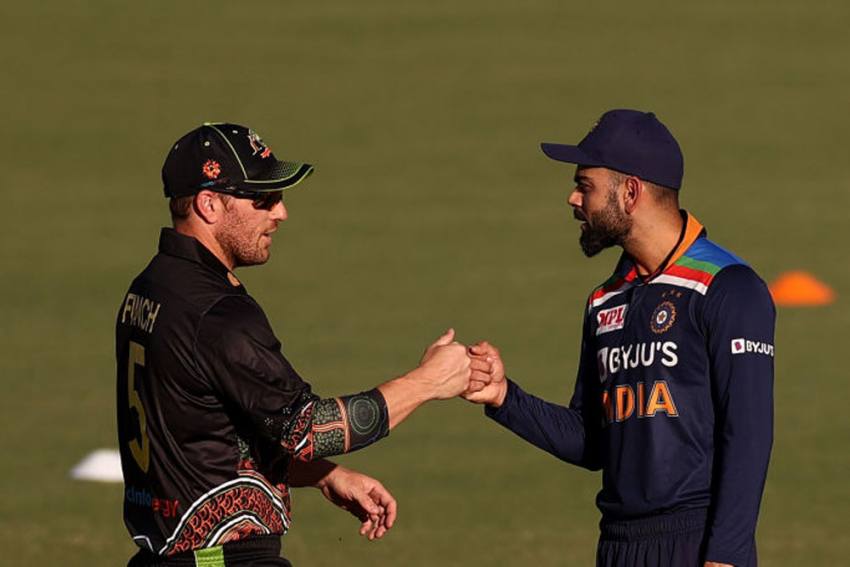 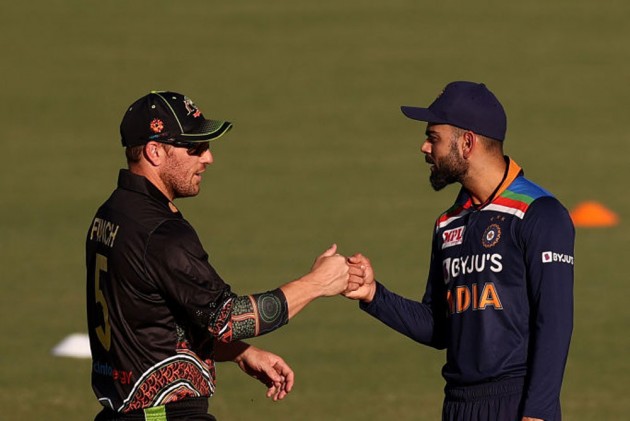 The chatter around the concussion substitute will remain as a resurgent India, unlikely to be alarmed by all-rounder Ravindra Jadeja's absence, seek a series win in the second T20 International against Australia in Sydney on Sunday.

A series win will be an ideal confidence booster for India before the visitors hit Test match mode.

Some of the Indian team players are treating the white-ball leg as a six-match composite series instead of two separate formats.

Having won two white-ball games in Canberra, the Indians under Virat Kohli will hope that the next two matches at the Sydney Cricket Ground (SCG) pan out better for them.

Following their victory on the back of India's first concussion substitute Yuzvendra Chahal's terrific bowling display, India will enter the second game with a lot more confidence even though Jadeja's batting lower down the order will be missed.

It can't be denied that his unbeaten 44 off 23 balls made the difference between a winning score and a sub-par one.

However for Kohli, he would expect that he wouldn't need contributions from lower-middle order and the top five batsmen would be good enough to put up a good total on board or may be chase down a tricky target.

It will only help India that rival captain Aaron Finch, who has been in fantastic form, may not be fully fit. And with David Warner already absent due to a groin tear, the momentum that Australia had during the ODI series may not be there.

D'Arcy Short looked out of place during the first T20 International and Chahal rightly exposed his chinks, bowling wide of off-stump because he had a limited range of strokes on the off-side.

Steve Smith, for all his greatness, isn't exactly the best T20 player around and is more at ease playing the second fiddle to an enforcer.

Glenn Maxwell has limitations which both Jasprit Bumrah and Thangarasu Natarajan had exposed in the last ODI and first T20 respectively.

What India would aspire is a better effort from the top-order, especially senior opener Shikhar Dhawan, who has gone off the boil after the half century in the first ODI.

Skipper Kohli has been decent without being extraordinary and that has affected the team. A solid knock from Kohli can go a long way in solving half of India's worries.

It will be interesting to see if Manish Pandey gets a second game. Ideally, he should get one more game but his discomfort against Adam Zampa was quite visible and the Indian innings lost the moment when he started wasting deliveries.

Between Pandey and Shreyas Iyer, there isn't much of a difference as they are same type of players, who need some time before they counter-attack.

For Sanju Samson and the in-form Hardik Pandya, the job will be to utilise the last six overs even though Samson's temperament in the few international matches that he has played hasn't been impressive.

For Australia, one interesting aspect is veteran Test specialist Nathan Lyon being drafted into the T20 squad and it remains to be seen if he replaces Mitchell Swepson in the playing XI.

Although he got lucky with Kohli's wicket, Swepson mostly bowled short in his two overs and on a flat Sydney deck, he could increase Australia's worries.

Lyon, on the other hand, could be used in Powerplay just like India successfully used young off-spinner Washington Sundar in the first six overs.