If Neeraj was the cynosure of all eyes, Hima also carved out a slice of history by becoming the first Indian woman athlete to win a gold at the world level. 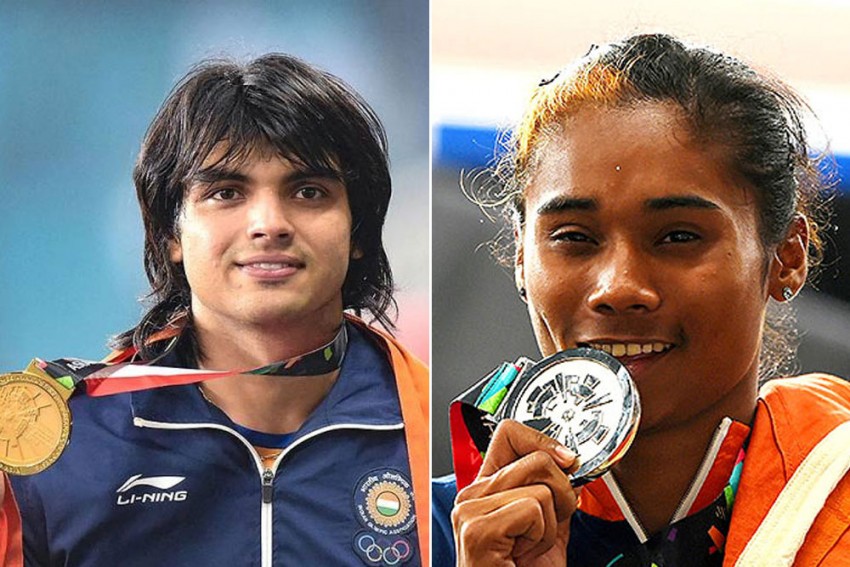 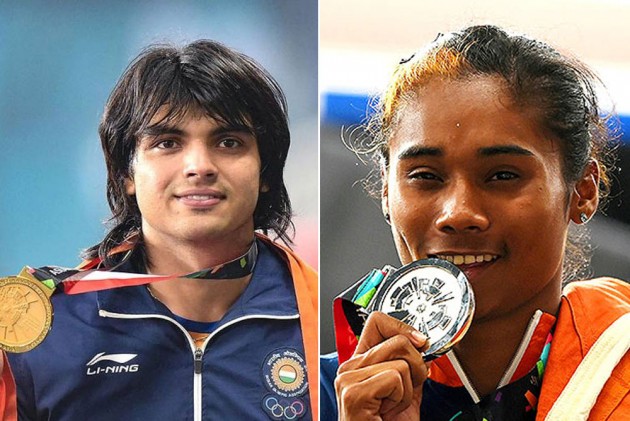 If 2016 announced his arrival on the world scene with a junior world record, the 20-year-old Neeraj emerged as a serious Olympic medal contender with a series of impressive throws which fetched him a gold each in the Commonwealth Games and Asian Games.

The dashing six-footer from Khandra Village in Panipat rose to celebrity status, breaking his own national record twice during the year. The last one of 88.06m won him a gold in the Asian Games and catapulted him to the world's elite.

If Neeraj was the cynosure of all eyes, Hima also carved out a slice of history by becoming the first Indian woman athlete to win a gold at the world level. She clinched the top spot in the women's 400m final race in the IAAF World Under-20 Athletics Championships in Finland.

No woman before Hima won a gold in a World Championship at any level, be it youth, junior or senior. She is also the first Indian to win a gold in a track event at the world level.

Neeraj, on the other hand, continued to live upto the promise he showed two years ago.

He finished sixth in the prestigious Diamond League Series by accumulating 12 points in an elite field which featured the best of the world.

India now has a truly world-class athlete in Neeraj and with age on his side, he could well become the first Indian athlete to win an Olympic medal in the 2020 Tokyo Games.

With a former world record holder, Uwe Hohn of Czech Republic, as his coach, Neeraj now aims to breach the 90m mark this year. He ended the season at world number six.

"It's possible (for Neeraj to throw 90m). He is a great talent and has a great, bright future. He has the qualities of becoming an elite thrower. He is way ahead of me," said Rio Olympics silver medallist Julius Yego of Kenya.

In the prestigious Diamond League Final in Zurich where he competed three days after the Asian Games campaign, Chopra missed the bronze by a whisker as reigning Olympic champion Thomas Roehler of Germany pipped him by a mere three centimetres with his final throw.

The 18-year-old from Assam's Dhing village became a star overnight as she kept improving her timing through the year, culminating into a national record time of 50.79 seconds while winning silver in the Asian Games.

Hima's rise to a top quartermiler has been nothing short of phenomenal considering that she has already run sub 51 sec at 18 years of age and that too after just a dozen of competitive races since late 2016.

But her road to becoming an international elite will not be easy as the field is highly competitive. She ended the season at world number 23 and second in Asia.

The two youngsters were not the only ones scripting history.

Triple jumper Arpinder Singh became the first Indian to clinch a medal in the IAAF Continental Cup with a bronze.

Overall, it was a satisfactory year for Indian athletics with a 19-medal haul (7 gold, 10 silver, 2 bronze) in the Asian Games in Jakarta, their best ever performance since the 1978 Bangkok Games, and the third best ever.

In the Commonwealth Games in Gold Coast, the 1 gold, 1 silver and 1 bronze show was the same as in 2014 edition.

But yet another dope shame came to haunt Indian athletics at the fag end of the season with five athletes, including Asian champion quarter-miler Nirmala Sheoran, returning positive tests for banned substances.

This came after the same samples returned negative results in tests conducted by the National Dope Testing Laboratory (NDTL).

Distance runner Naveen Dagar was also thrown out of the Asian Games team after testing positive.

Earlier, K T Irfan and Rakesh Babu were thrown out of the Commonwealth Games for violating the event's 'No Syringe' policy.

The year also saw the retirement of veteran discus thrower Vikas Gowda after competing at the highest level for more than 15 years during which he became the first and only Indian male to win Commonwealth Games medals in the discipline.

Gowda, who holds the national record of 66.28m (achieved in 2012), is one of the most decorated Indian athletes, having won gold in the 2013 and 2015 Asian Championships.