Only one name echoed on Day 2 of the fourth Ashes Test between England and Australia at Old Trafford, Manchester. That of Steve Smith. The former Aussie skipper scored a double-hundred of the highest clash to put English bowlers to the sword. Catch highlights and cricket score of ENG vs AUS here 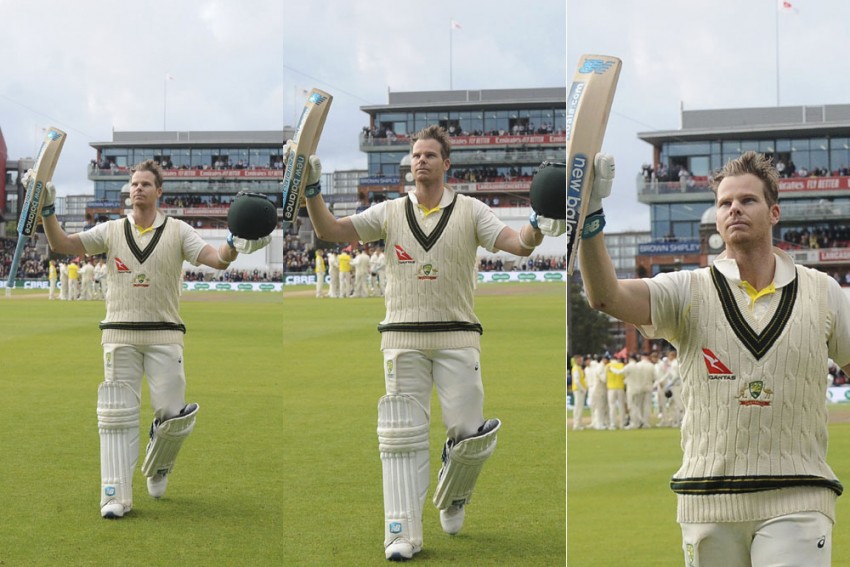 A new bating benchmark was set on the second day of the fourth Ashes Test between England and Australia as Steve Smith made a triumphant return to cricket after missing the third match due to concussion. As the historic Old Trafford cricket ground stood witness to a batting masterclass, which also tells a story of will and desire, the cricketing world took a collective bow in awe as the former Aussie captain gleefully change his gears on the crowded Greater Manchester as if he was surfing in some virgin Tasmanian beaches. At the close of play on Day 2 of the penultimate Test, Australia were leading by 474 runs with England one down.

Luckily though there were no long stoppages, for a change, to spoil the day and deprive fans the sight of a master at work. By the way, here's how the day started:

After missing the Leeds thriller thanks to a concussion-induced lay-off, Steve Smith returned to action and got onto the job as if nothing had happened to him. He looked in complete control of the proceedings at Old Trafford, Manchester on Day 1 of the fourth Ashes Test even in the midst of distractions -- falling bails, stray beach balls and the rain stoppages. He, along with hugely impressive Marnus Labuschange, helped steady the Australian innings after Stuart Broad's early burst which saw the fall of both the openers early in the day. A 119-run stand for the third wicket effectively swung the day in favour of the visitors and by the draw of bails, they were sitting comfortably at 170/3 after 44 overs with Smith himself unbeaten on 60. This was his eighth successive fifty-plus score in the Ashes, and that sums up his brilliance. On Day 2, he will hope to convert the start to a big score and help lay a solid foundation for Australia. And lest we forget, his vaulted rivalry with Jofra Archer is sure to play out during the course of the day. For England, Broad will once again need to show his experience even as the likes of Archer, Ben Stokes and Craig Overton do the heavy lifting. Prospect of more rain sure dampens the spirit, but that shouldn't deny fans a thrilling contest however little play they get to see on Thursday.

Catch highlights cricket score of the Manchester Test between England and Australia here.