Home  »  Website  »  Sports  »  Ashes 2019, England Vs Australia: Assembling An Unbeatable Dream XI – Who Are Your Picks

Australia and England will battle for the Ashes, but a unified XI featuring Joe Root, Steve Smith, James Anderson and David Warner could be devastating 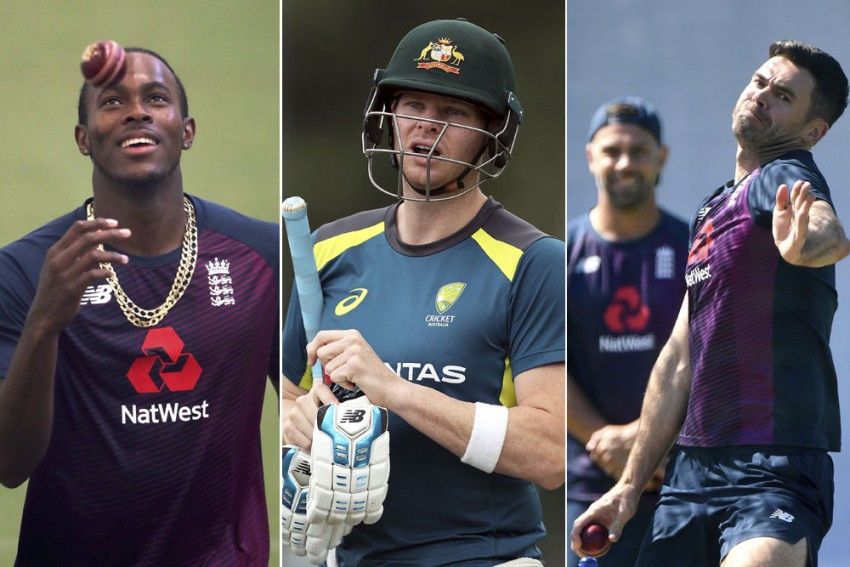 Australia and England will battle again for the Ashes. Separately they are two fine Test teams and a combined XI could be unbeatable.
Composite: AP Photos
Outlook Web Bureau 2019-07-30T19:57:52+05:30 Ashes 2019, England Vs Australia: Assembling An Unbeatable Dream XI – Who Are Your Picks 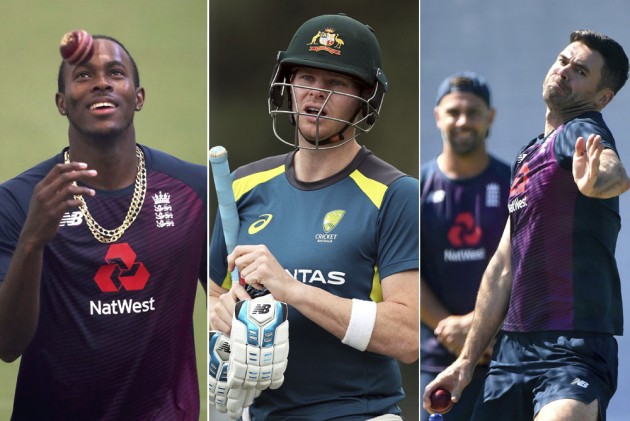 England and Australia will spend the next seven weeks as fierce rivals with the Ashes on the line.

The return from suspension of three Australia star batsmen means the visitors are back up to full strength as they chase a first Test series win in England for 18 years.

The triumphant 2001 side was loaded with all-time greats including Steve and Mark Waugh, Shane Warne, Ricky Ponting, Glenn McGrath and Adam Gilchrist.

Few of the England team of the day would have earned a place in Australia's side, such was the absurd strength of the tourists' squad.

However, the gap has closed considerably in the years since, and merging the teams for a combined Ashes XI in 2019 would test the judgment of any selector.

Here is a look at how such a team might look, with grovelling apologies to the strong contenders who missed the cut.

Edgbaston will have a welcome waiting for the man who used sandpaper to tamper with the ball during Australia's Test with South Africa at Newlands last year. Bancroft has the runs for Durham this year to justify his return to Australia's ranks on form, even if many might feel uneasy about his presence after serving a nine-month ban. It could be touch and go whether he opens or bats in the middle order, but he gets the nod for this XI on the basis of England being in an opener crisis.

The brains behind the Newlands plot is also back in the Test arena. Warner is a mighty batsman, and nobody would question his ability. He comes into the Ashes off a fine World Cup performance, and his wicket will be a prized one within the England ranks. Described in one newspaper verdict of sandpapergate as "the most hated man in cricket", Warner is the man the home crowds would love to see fail, even if privately they would happily have him on their side.

Culled as captain, and banned along with Warner for a year, Smith did nothing to prevent Bancroft and Warner's actions and he will be braced for a barrage of flak during the Ashes. He has the batting chops and the temperament to handle sledging from the stands, however. Smith is the finest middle-order batsman of his generation, a rock of Australia's team and, past mistakes notwithstanding, a de facto leader.

If questions are asked of England's batting line-up, England's skipper usually finds an answer. He may need to provide the glue to bond together several unstable innings over the coming weeks, and there are few more accomplished anchor batsmen in world cricket. His team are the bookmakers' favourites to take the urn, with Root's contribution expected to be pivotal.

A galvanising force behind England's glorious World Cup campaign, Bairstow has produced worrisome form in the longest format and went for a pair against Ireland. He averages 25.83 in 10 Tests over the past 12 months, dragging down his overall batting average. The Ashes might bring the best out of the Yorkshireman.

Also Read: What Is Test Championship?

Stokes will hope to enjoy August 2019 more than August 2018, when he faced the stress of a crown court trial on a charge of affray. Stokes cleared his name and has moved on, reinstated for the Ashes as England's vice-captain and hailed a national hero after his World Cup exploits. Many have crumbled in the face of comparisons to Ian Botham but Stokes thrives on the all-rounder role and could far surpass Beefy's achievements before his career is out. A man who seems made for an Ashes series.

Tim Paine captains Australia, as well as keeping wicket, because in both senses he is considered a safe pair of hands. But Buttler gets the stumps role here, his explosive batting a tremendous complement to his skill with the gloves. Buttler has come on as a Test cricketer in the last year, as well as being a key component of the white-ball team that many expect him to captain before long. He gives back the Test vice-captaincy to Stokes for this series, but is unlikely to mind.

Rated by the ICC as the world's number one bowler, Cummins has taken wickets at a prolific rate over the past couple of years. He would earn his place on that basis alone, but Cummins can bat too and made three scores in the forties in the last Ashes series. Years of injury woe are behind him, with the tall paceman capable of wreaking havoc in this series.

Here's the wild card. Archer is launching his Test career in the Ashes but has already demonstrated he is a swimmer when tossed in at the deep end. The Barbados-born fast bowler enjoyed a terrific World Cup, defying a painful side strain to emerge as a star of the tournament. The 24-year-old looks like the man England have been waiting for, as the established Anderson-Broad axis enters its twilight days. He should thrive, and play in many of these series.

England have worries in the spin department when it comes to Tests, with neither Moeen Ali nor Adil Rashid establishing themselves as reliable wicket-taking slow bowlers at this level. Lyon's average is comfortably better than both England men, and with 86 Tests behind him the one-time Adelaide Oval groundsman has come a long way in the game. He has pouched 343 Test wickets and, regardless of conditions that should favour the seamers, will fancy taking more victims on this tour. A shoo-in for an Ashes dream team.

This will be an Ashes farewell, surely, for Anderson. Few would doubt his capacity to go out in style, with the 37-year-old bidding to add to 575 Test wickets, 104 of which have accounted for Australians. He has succeeded McGrath as the preeminent paceman in the ongoing story of the Ashes, with few seamers capable of matching the craft of the man from Burnley. A late-summer Ashes, after the British heatwave, with plenty of cloud cover likely, could have been designed for Anderson.