India cricket team captain Virat Kohli revealed that Ravi Shastri doesn't care about the trolling inflicted upon him on a regular basis. 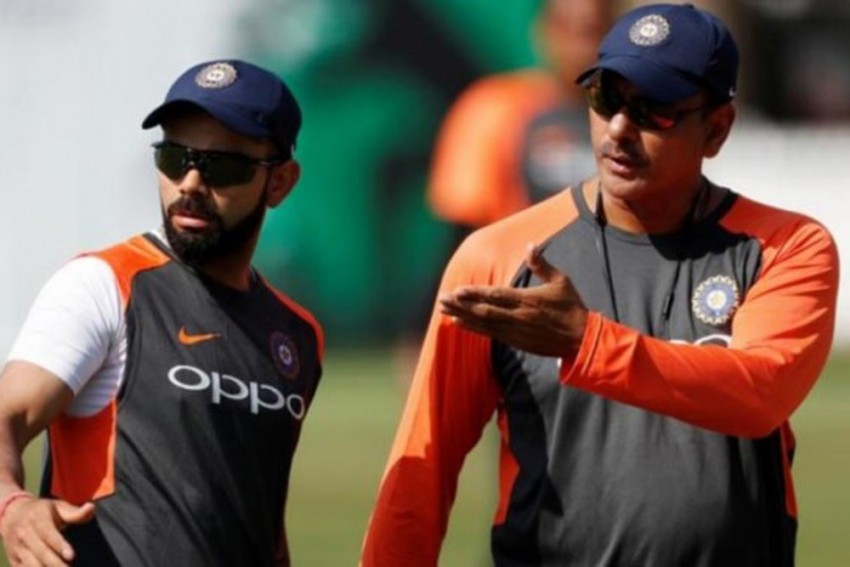 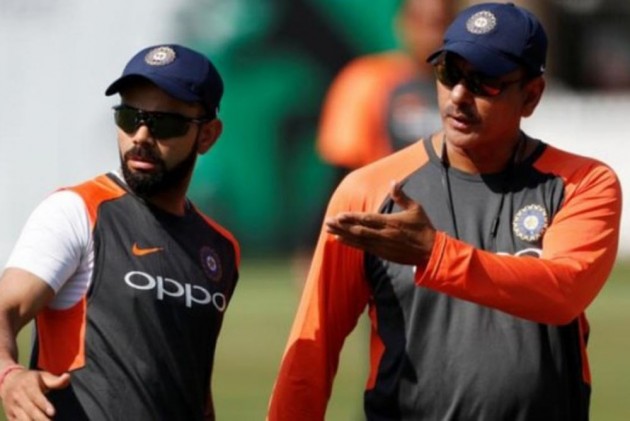 Virat Kohli on Saturday termed the relentless trolling of Ravi Shastri as "agenda driven", saying the India coach is least affected by perception that he is the captain's yes man.

Get up, face the fast bowlers with "courage" and "without helmet", average 41 as an opener -- Kohli mentioned all that Shastri did as a player in his scathing riposte to the current coach's critics.

"I think most of these things are agenda driven and I don't know whose, why, what for, but to accept lies in that manner, it couldn't be anything but agenda driven," Kohli told India Today on its special show 'Inspiration'.

Starting out as a slow left-arm spinner, Shastri went on to open the innings for India and also won the famous 'Champion of the Champions' Award in the 1985 World Series Cricket, and Kohli touched upon all that while offering his unequivocal support to the head coach.

"(Promoted from) number 10 to opener and got an average of 41 as an opener, he is not going to be bothered about someone sitting at home and trolling him, because if you want to troll a guy who has done that, then get up, face those bowlers, do what he has done, have the clarity to do it, have the courage to do it, then have a debate with that guy," Kohli said in his message to the trolls.

"He is absolutely chilled out, he says our only focus is how we can be the best team of all time. I think these petty things on the outside, they don't matter at all to him."

After the rout of Bangladesh in the Test series recently, Kohli called his fast bowling arsenal as a "dream combination" that can torment any opposition on any kind of surface. This was done without Jasprit Bumrah.

The skipper said there is always bonhomie among his fast bowlers, not an iota of insecurity despite all the successes and the intense competition.

"There is no jealousy at all and that is their biggest strength, they don't care whether Shami is at 7 now or Jassi is at whatever ranking he is or Ishant," Kohli said.

"I think full credit has to go to them to these guys that they have been able to create this aura around them because of that friendship that belief and the intent being in the right place."

While Sachin Tendulkar is the one he looks up to among cricketers, Kohli's favourite in sporting world is ace footballer Cristiano Ronaldo.

"I think Cristiano Ronaldo because I like the fact that is targeted on a daily basis but he has the mental strength, the will to work hard and the desire to keep coming back.

"For me those things matter more than someone having absolute unreal natural ability, which is (Lionel) Messi, so I am in awe of Ronaldo."

Kohli has made a habit of creating records, something that has often drawn comparisons with his idol, the legendary Sachin Tendulkar.

"Well I don't know how to explain it I mean I just hate losing. Basically I hate losing in anything, that is how a sportsman is made up, that is the makeup of any sportsman competing at the highest level," he said.

"I don't want any maybe, I don't what any ifs, when I walk on to that field it is an honour for me, and when I walk out I want to have zero energy left.

"I'm actually always trying to avoid that feeling and that's why I go along about my work in a crazy manner. I just have to put all my effort into every ball that I play, field or I am a part of."