An error from Gurpreet Singh Sandhu gifted Bangladesh a first half lead against the Indian national football team in their 2022 FIFA World Cup qualifier at Salt Lake Stadium. The hosts had to wait till the end for an equaliser from Adil Khan. 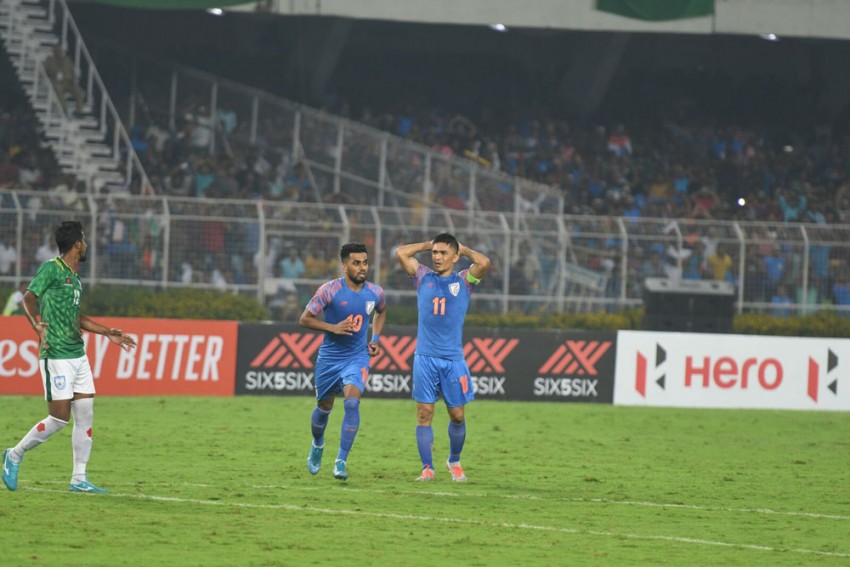 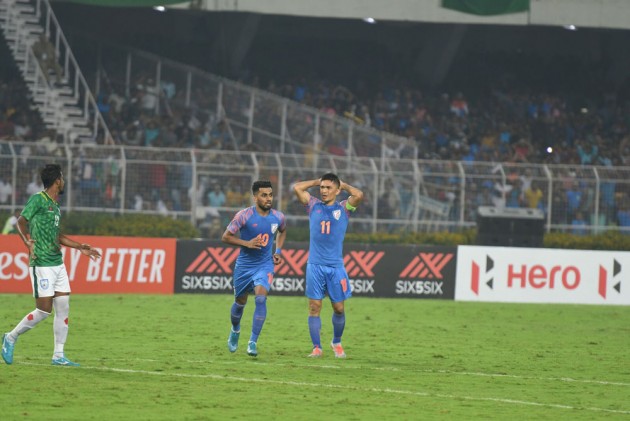 Indian football head coach Igor Stimac on Tuesday rued his players' inability to score goals as his side settled for a 1-1 draw against Bangladesh in their World Cup qualifying round match, at Kolkata.

India missed their star defender Sandesh Jhingan sorely as a judgmental error from Gurpreet Singh Sandhu saw Bangladesh go 1-0 up in the 42nd minute through a Saad Uddin header.

It was defender Adil Khan who saved India the blushes with his 88th-minute header on a day inspirational skipper Sunil Chhetri was not at his best.

"Our scoring incapability was the reason why we didn't win. We conceded a very silly goal. We can't expect to win the game if you concede such a goal. Their goalkeeper was my man-of-the-match," Stimac told reporters in the post-match media interaction.

"We deserved to win this game. We pushed until the end and created enough chances to win the game. But our scoring was not good enough.

"I'm not happy with the first 45 minutes. Our players in the back were not passing well. When you play against a team like Bangladesh who put more in defence you need to pass well from behind," the Croatian said.

Stimac said his side "absolutely" changed in the second-half by executing the passes from the sides as the channels started opening up.

"But we were not aggressive enough. Many more things we need to work on."

India thus failed to notch a win against a team who are 83 places below them to settle for a successive draw.

In their previous game, India fought valiantly to hold Asian champions Qatar to a goalless draw in a match Gurpreet Singh Sandhu made 11 saves.

Stimac, however, refused to blame any player.

"Today we dominated for 90 minutes and proved we can change our game in regard to opponents. This team is rising up."

India played in front of 65,000 fans at the Saltlake Stadium and the Croatian World Cupper said he would remember this forever.

"This was an amazing day for Indian football, many of them will never forget the ambience, the support they received in Kolkata. I had many big names in my career. I will remember this as one of the biggest ones," the 52-year-old said.

"It was a very exciting match. All the people who came could enjoy the beauty of football."

"I thought we played exceptionally well. We frustrated India. Boys stuck to the game plan. Disappointed that we conceded in the end. We never expected to win coming here and play in front of 70,000 people. I am pleased to get a point," said Day.

"India had a lot of possession. We had to play differently and frustrate them. If your shape is good, then you are hard to beat. Indian had 80 percent possession but did not create many chances. We had to defend in numbers today and counter-attack with pace, had to frustrate them. That was the plan. It caused India a bit of problem."

He said he was disappointed not to have secured three points from the match but at the same happy to have got a point from an away game.

"We are 83 places behind India so getting a point against such a country is great. It is actually bigger than India's draw against Qatar as the difference is higher in our rankings."