Now that we’ve got all the details of the new Tata Harrier, let’s find out how it compares against its segment rivals 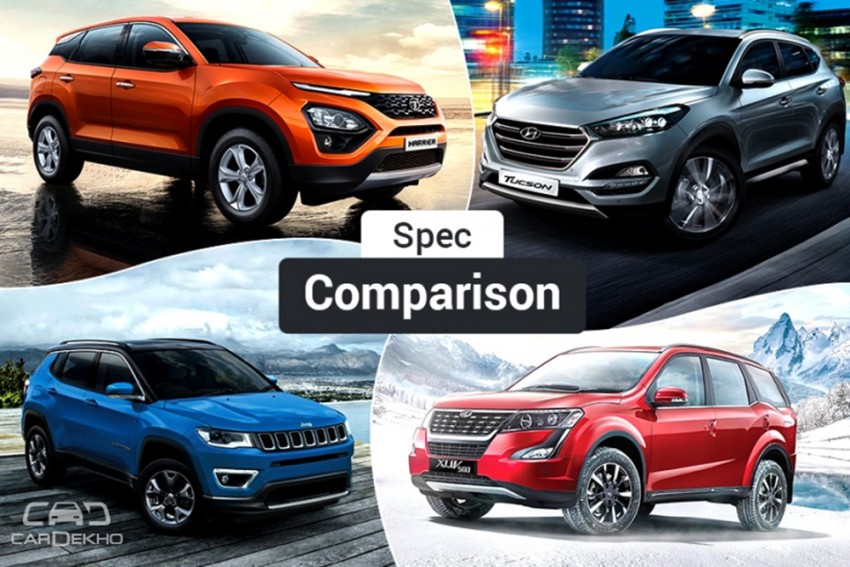 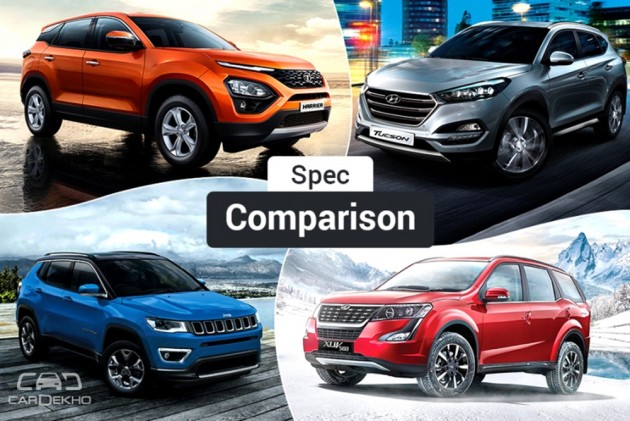 Earlier today, Tata Motors released the specifications and features of its upcoming flagship SUV, the Harrier. Now, it’s time to take a look at how it fares against the cars it will go up against when launched in January 2019. We compare the details to see what the Harrier gets and what it misses out on: 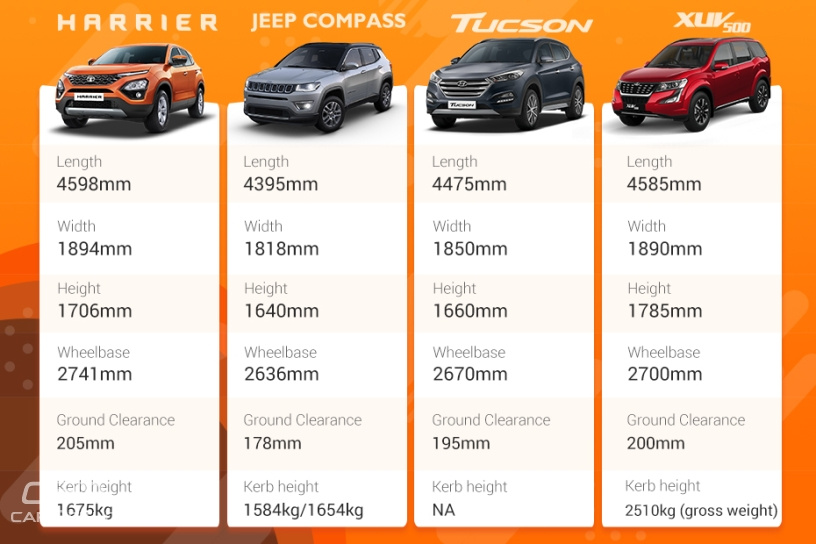 The Tata Harrier is the biggest SUV of the four. It even has the highest ground clearance in the segment. It has a longer wheelbase than the Mahindra XUV500, which is the only three-row SUV here. While we do not have an official kerb weight of the Tucson and XUV500, we can confirm that the Harrier is heavier than the Compass.

Since the Tata Harrier will only be offered with a diesel engine at the time of launch, let’s compare it with diesel engine variants of its competition. 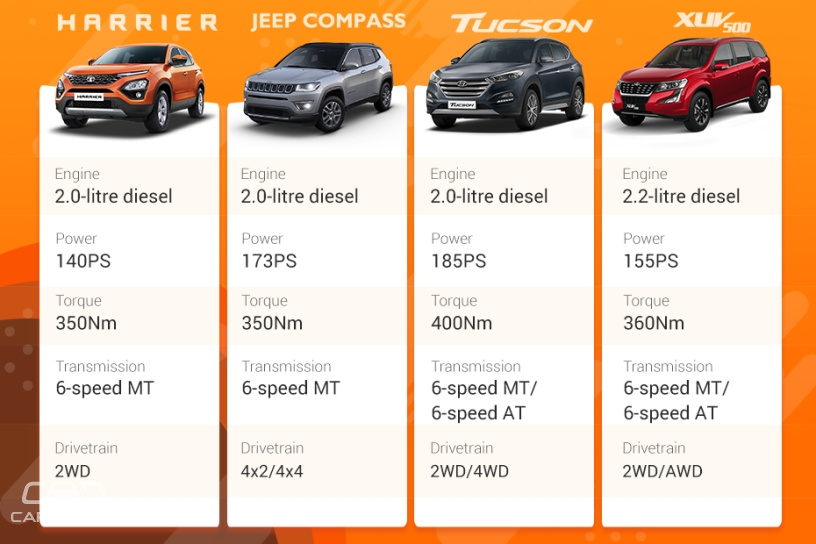 The Tata Harrier is the least powerful car when compared to its rivals while the Hyundai Tucson is the most powerful. It has the torquiest motor of them all as well. While the Tucson, Compass and XUV500 are available with automatic gearboxes and 4WD variants as well, the Harrier, at the time of launch, will be limited to a 6-speed manual transmission with 2WD only.

Standard features: The Harrier and its mid-size SUV rivals are in a price range where certain comforts and features are offered by each brand.This includes fully automatic temperature control, push-button start-stop, reverse parking camera, steering-mounted controls for the infotainment system, cruise control and rear AC vents, among others. 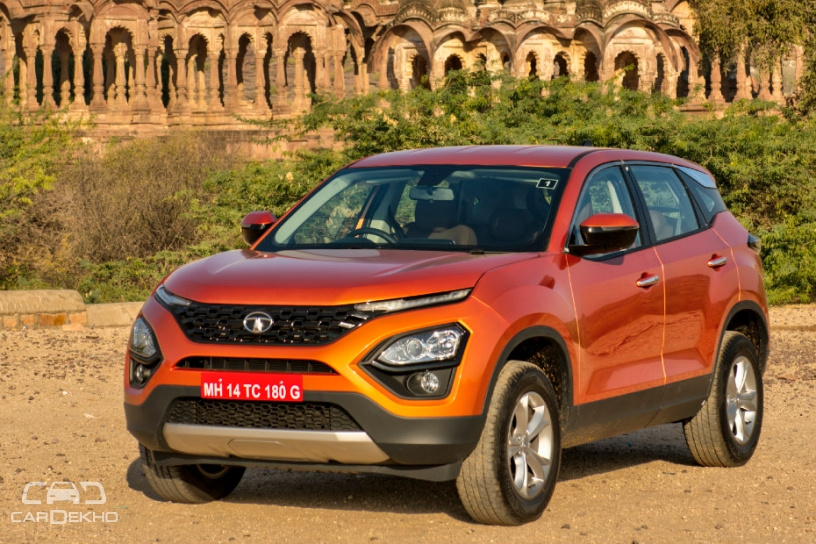 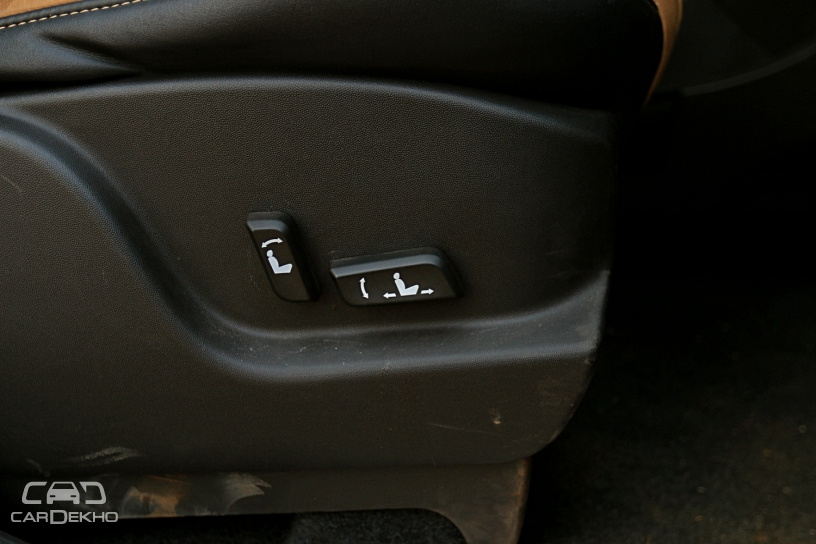 Safety: Tata has equipped the Harrier with a long list of safety features like six airbags (dual front, seat side and curtain airbags), ISOFIX child seat anchors and a multi-functional ESP (electronic stability program) that includes ABS, EBD, ESC, rollover mitigation, off-road ABS, hill hold control, hill descent control and traction control. It’s main rival, the Jeep Compass, comes with an electronic parking brake unlike the large handle in the Harrier, gets six airbags, ESC, hill start assist, ISOFIX anchors, traction control and roll mitigation as well. In the Hyundai Tucson, one gets many of the same safety features along with front sensors and advanced cornering traction control for the 4WD variant. Meanwhile, the Mahindra XUV500 is similarly equipped. The Harrier is the only car of the four that doesn’t get rear disc brakes while all the others get disc brakes on all wheels. 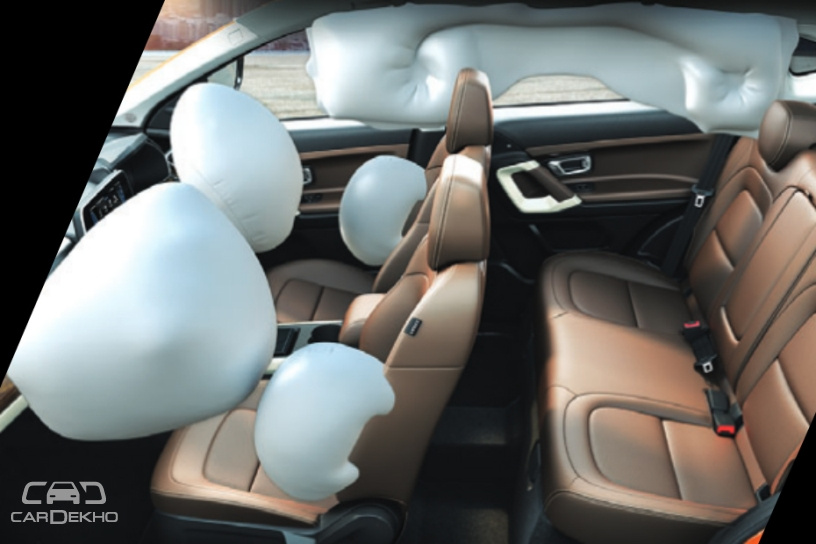 Infotainment: The new Tata Harrier gets a 7-inch multi-info display in the instrument cluster and an 8.8-inch floating touchscreen infotainment system, the largest display in this selection. It supports Android Auto while Apple CarPlay will be added at a later stage. It also supports video playback and images through USB while the JBL audio system gets nine speakers. The Compass’ top-variant comes with an 8.4-inch infotainment display with six speakers and smartphone integration via Android Auto and Apple CarPlay. In the Hyundai Tucson, the dashboard gets an 8-inch touchscreen infotainment unit with smartphone compatibility as well as Auto Link connected car technology. Lastly, the Mahindra XUV500 gets a 7-inch touchscreen infotainment display with a similar level of functionality along with features like smartwatch connectivity and ‘Mahindra Blue Sense’ internet connected apps. 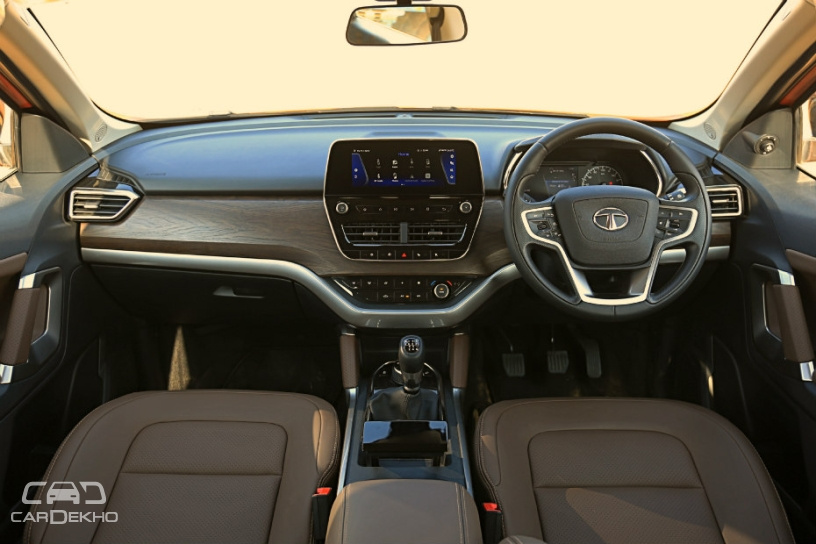 Comfort and convenience features: The Harrier gets various comforts like a cooled storage box under the front armrest, mobile phone stowage slots in front doors and central console for the rear passengers. It also offers a fast charging socket besides a 12V power socket. The Harrier misses out on a sunroof which is offered by all its rivals. The top variants of the Tucson comes with LED headlamps compared to Xenon units on the Compass and the Harrier. The Hyundai Tucson offers a wireless phone charging pad in the central console, hands-free power tailgate and dual zone climate control while a panoramic sunroof is available with the Compass too (pictured below). Meanwhile, the Mahindra XUV500 also gets an electric sunroof, along with multiple mobile charging points and a cooled storage box under the front armrest. 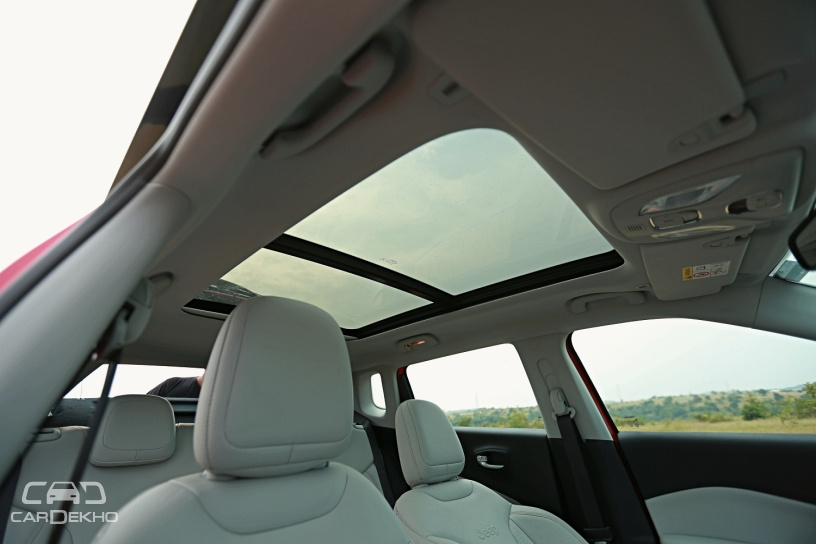 Tata is expected to launch the Harrier at a starting price close to Rs 13 lakh to undercut its main rival, the Jeep Compass. However, it is the Mahindra XUV500 that has the least expensive starting price while the Hyundai Tucson is the most expensive car here.