'Spare Some Time To Meet Me,' Kejriwal Now Tweets To Punjab CM On Pollution Issue 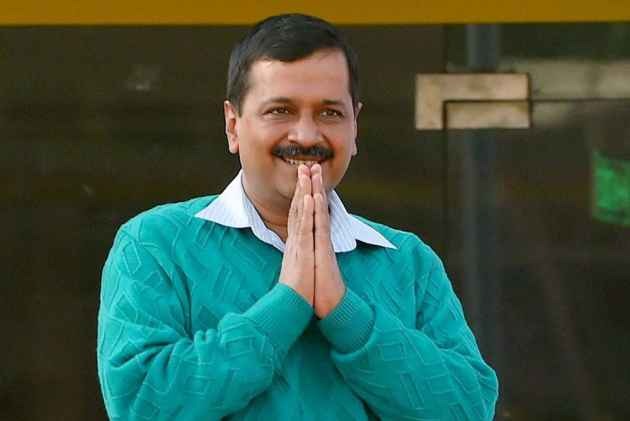 As Delhi battles dense smog and pollution aggravated by stubble-burning in neighbouring agrarian states, Delhi chief minister Arvind Kejriwal is fixing up meetings with his Haryana and Punjab counterparts on Twitter.

After scheduling a Wednesday meeting with Haryana CM Manohar Lal Khattar in Chandigarh, on Tuesday morning Kejriwal tweet-invited Punjab chief minister Capt Amrinder Singh to consider his request in "collective interest". "Sir, I am coming to Chandigarh on Wed to meet Haryana CM. Would be grateful if u cud spare sometime to meet me. It is in collective interest (sic)," tweeted Kejriwal.

.@capt_amarinder Sir, I am coming to Chandigarh on Wed to meet Haryana CM. Would be grateful if u cud spare sometime to meet me. It is in collective interest

On Monday, a very crucial meeting between Kejriwal and Khattar remained in limbo even after "I'm ready" response from both the parties.

"Khattar ji called. He is in Del till tomo. Says he is v busy n can't meet me in Del. He has asked me to come to Chandigarh on Wed. I look forward to meeting him in Chandigarh on Wed (sic)," Kejriwal had tweeted on Monday night.

Haryana Chief Minister Manohar Lal Khattar had asked Kejriwal what steps he has taken to end stubble burning by farmers in areas near the national capital as air pollution peaked to alarming levels.

Kejriwal last week had sought a meeting with counterparts from Haryana and Punjab to discuss ways to manage the worsening air pollution in Delhi and the neighbouring states.

While Khattar said today he was open to meet Kejriwal "anytime anywhere" to find a solution to the issue, Punjab Chief Minister Amarinder Singh last week said the situation warranted Centre's intervention as it has inter-state implications.

The practice of burning of crop residue by farmers of the two states have been blamed for the toxic smog enveloping the region during the winter season every year.

In a letter to Kejriwal, Khattar said some 40,000 families cultivate around 40,000 hectares in Delhi. "What steps have been taken to keep them from stubble burning?".

"I write this in response to your letter dated November 8. I believe no single person, organisation or government can improve the quality of air. Such collective problems require everyone to do their bit. And more importantly, a strong mechanism to enhance the outcome of such constructive steps," Khattar told Kejriwal in the letter dated November 10.

Quoting from Rabindranath Tagore's poem, 'Where The Mind Is Without Fear', he said the bedrock of such a mechanism is a "mindset" where "words come out from the depth of truth".

"Unfortunately, your letter contains no hint of such a mindset. In fact, your reference to the helplessness of farmers in Punjab and Haryana in stubble burning betrays an inability to rise above short-term electoral interests," he said.

He cited "publicly available satellite imagery data" and said they showed substantial reduction in stubble burning cases and fires from 2014 onwards in Haryana.

Khattar said he was "likely" to be in Delhi on November 13 and 14. "You may feel free to call me to fine tune a mutually convenient date, time and venue for the meeting."