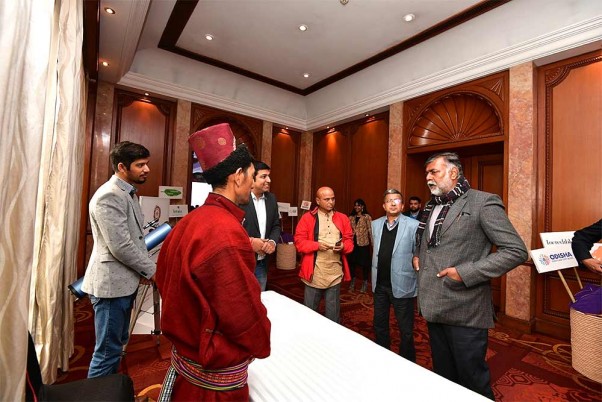 Union Minister of State for Tourism and Culture, Prahlad Singh Patel, inaugurated the fifth edition of the Outlook Responsible Tourism Summit 2020 on Friday. At the event he spoke about how tourism is one of the top job creating sectors in the world and in India.

“Tourism is one the sectors that create the most jobs,” he said. He also spoke at length on how it is important for all stakeholders, including the government, to work together to ensure the growth of the sector.

Patel also spoke about women’s safety and ease of access for elderly at tourist destinations.

“Women's security and safety is a top priority for us. Sometimes it is the little things that matter, like creating spaces near monuments where mothers can feed their babies. We are doing this.”

“Accessibility to iconic destinations for the elderly visitors is also something we are addressing,” Patel said.

The minister also said that foreign tourist arrivals (FTAs) to India increased despite travel advisories issued by several countries and attempts by some groups to create "a bad perception" of the situation in the country.

Just after the government announced the abrogation of Article 370 in J-K on August 5, many countries across the world including Singapore, the United Kingdom, Germany, UAE and Australia issued travel advisories asking their citizens to be cautious or avoid tourist trips to the region.

On August 3, during the peak tourist season and the then-ongoing Amarnath Yatra, the Ministry of Home Affairs had ordered all tourists and pilgrims to leave the Valley due to security reasons. This advisory was withdrawn on October 10.

Overall, in 2019, till December, there has been a 43 percent increase in tourists availing e-visa, Forex has grown by almost 19 percent and the increase in FTAs is around 8 per cent as compared to the same period in 2018.

"I think the data makes clear to those trying to create a bad perception of the country in a planned manner that they have failed in comparison to the attempts made by the prime minister to showcase this country. The data shows India is stable, peaceful and definitely worth seeing," said Patel when asked about the effects of the protests against CAA, NRC, NPR on the tourism industry.