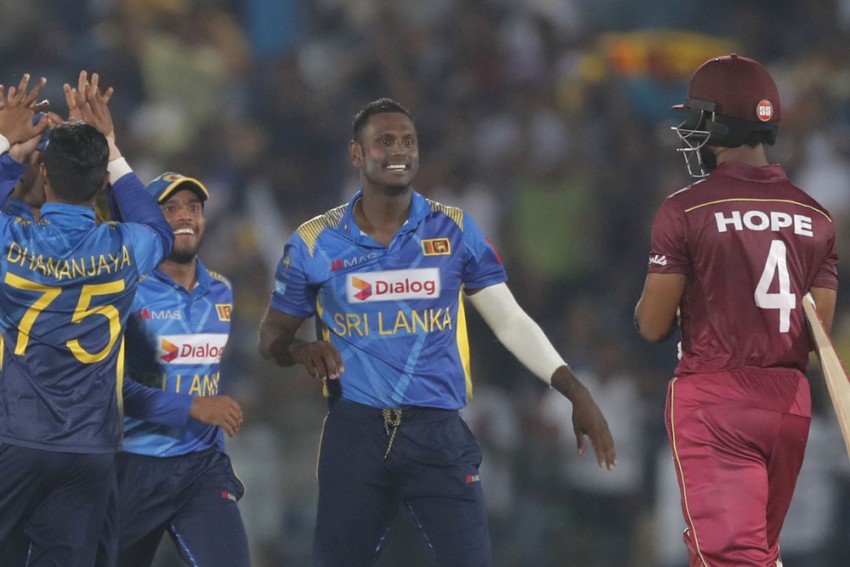 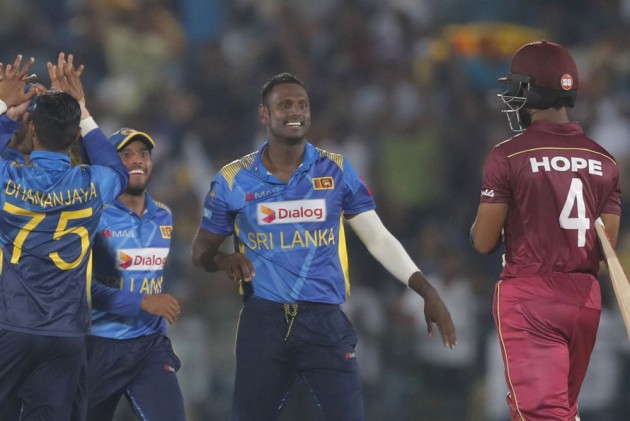 Sri Lanka were in complete control of the second one-dayer after opener Fernando (127) and Mendis (119) produced a dominant early showing, teeing up a 161-run triumph in Hambantota.

The hosts did not hit a single six but posted 345-8, the biggest total in men's ODI history not to include a maximum.

And the Windies never looked capable of causing Sri Lanka serious trouble with the bat, opener Shai Hope's knock of 51 their best effort as they were bowled out for an underwhelming 184 with 65 balls remaining.

The tourists' day had started in positive enough fashion, with Kieron Pollard winning the toss, choosing to bowl and then seeing Sheldon Cottrell (4-67) remove home captain Dimuth Karunaratne and Kusal Perera from consecutive deliveries in only the third over.

But that was just about as good as it got, with Fernando and Mendis subsequently combining for their devastating, match-turning partnership.

They go 2-0 up in the series with just one left to play #SLvWI pic.twitter.com/RhMCn6z1N1

They stood together for 228 balls until Alzarri Joseph (3-57) finally made a breakthrough in the 41st over, as Mendis, who survived an early drop from Pollard, top-edged for a comfortable Hope take.

Although Joseph took out both Fernando and Angelo Mathews in his next over, the scoreboard had long since got away from the Windies, and scoring remained steady throughout the remainder of the innings.

The reply was initially solid enough, but Hope left partner Sunil Ambris (17) high and dry for a run out.

Mathews got Hope, and then Wanindu Hasaranga (3-30) came to the fore, his haul including a golden duck for Windies skipper Pollard.

Only brief floodlight failure after the eighth wicket delayed Sri Lanka's progress, with the final two dismissals arriving within four balls of the restart courtesy of Nuwan Pradeep (2-37) and Lakshan Sandakan (3-57).

Mikel Arteta Urges Arsenal Calm: The Champions League Is Still So Far Away