Since Surgical Strikes, Increase In Deaths Of Indian Soldiers And Militants In Valley, LoC: Govt Data

38 army personnel were killed between January and September last year, but in last one year, 69 soldiers have been killed so far. 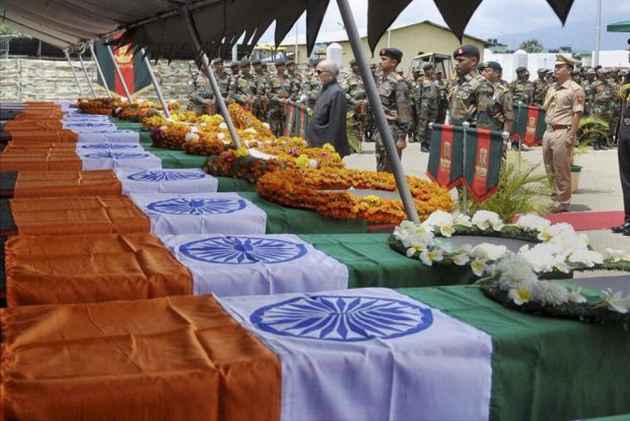 Since the Indian Special Forces carried out surgical strikes in September last year, as many as 69 army soldiers and 178 militants have been killed in the Kashmir Valley and on the LoC so far – a sharp increase in the number of causalities in the last one year.
According to a government data, 38 army personnel were killed between January and September last year — including 19 who died in the Uri attack, which led to the surgical strikes on September 29. On the other hand, 110 militants were killed by the army between January and September last year, reported The Indian Express.
“The increase in the number of militants killed is due to the ascendancy of the security forces and their high morale. There is greater acceptance of the army across the country after the surgical strikes, and a message has gone out within the Valley that things can happen,” a government official told the newspaper.
In a well-calibrated operation, on the intervening night of September 28-29, the Indian Army moved across the LoC and smashed four launch pads that were under the guard of a Pakistani post located 700 metres from the LoC.
The government data also shows that while there were 228 ceasefire violations on the LoC last year, the number till September 14 this year has already touched 444, The Indian Express report adds.
According to The Asian Age, in the first 80 days since the September 29 surgical strikes, about 51 soldiers of the Indian Army and the border security forces, including one from SSB, have lost their lives in militant attacks and cross-border firing by the Pakistani Army in Jammu and Kashmir.