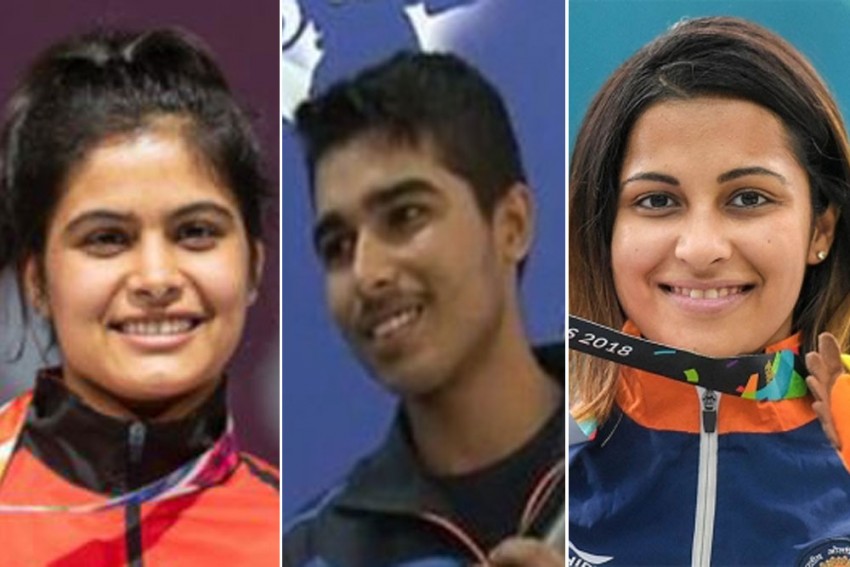 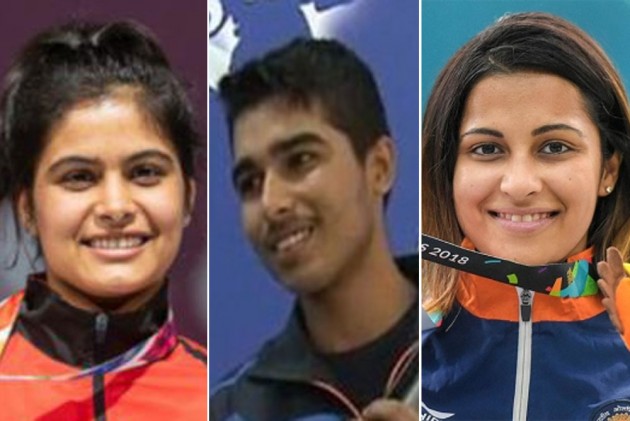 As the year grew old, the ages of India's shooting champions got younger and if the medals won and world records owned by the incredibly talented teenagers are anything to go by, better days await the sport.

Manu Bhaker won almost everywhere, the rare blip being her inexplicable meltdown at the Asian Games finals. The 16-year-old girl was favoured to beat women double her age and experience in the showpiece and when the script did not unfold on expected lines, she exited the 25m range teary-eyed.

Heightened expectations from a teenager competing in a top-flight senior event is rare, but the breed that Bhaker belongs to is also rare. Teen pistol sensation Saurabh Chaudhary, who can now do without an introduction, is a shooter of Bhaker's ilk.

Out of nowhere, Esha Singh, 13, announced her arrival in spectacular fashion, nonchalantly trouncing the established names, Bhaker included, as well as Heena Sidhu on her way to winning three gold medals at the Nationals.

Taking the sport by storm was Chaudhary, who is as young as Jhajjar girl Bhaker and equal in skill and achievements. He not only won medals, he won them in gold, and with records to boost on a couple of occasions.

The teenaged shooters dominated the sport as if they had been pulling the trigger for years.

Anjum Moudgil, Mehuli, Saurabh, Bhaker, Anish and Esha Singh – in descending order of age – are among the string of young talents who made headlines.

The progress has left everyone hopeful of good times ahead, including India's lone individual Olympic gold medallist, Abhinav Bindra.

"In shooting we are pretty developed. There were 27 medals in the World Championship in which we did fantastically well. We just need to keep our heads focused and continue that process," Bindra said recently.

"We seem to be quite fortunate because we have a string of young shooting athletes, coming through day in and day out, and I think that's a very positive sign for the long-term development of shooting," the 36-year-old added.

Saying that the sport enjoyed a phenomenal year, simply riding on the teenagers, would be appropriate.

On her part, Bhaker said, "We saw the youth power this year, it feels really good that teenagers are doing so well and achieving their goals. We have set our goals and are working on that only. It is very surprising that suddenly all of us are doing so well."

The 23-year-old Angad Veer Singh Bajwa did what no other skeet shooter had done before at the Asian Shotgun Championships.

He shot a perfect 60 out of 60 in the final to own the world record, beating the score of 59 achieved multiple times by American two-time Olympic champion, world champion and skeet legend, Vincent Hancock.

Angad had been in and out of the Indian team for more than two years, has come up the junior ranks and has done what no other Indian skeet shooter has ever done – winning an Asian Championship gold and owning the skeet world record.

Given that his teammates Sheeraz Shaikh and Mairaj Khan are also shooting good scores consistently, Angad's achievement bodes well for the future.

Similarly, in rifle, teenagers Mehuli Ghosh and Elavenil Valarivan showed their class by winning a host of medals including gold in the Junior and Senior World Cups and Junior World Championships as well as in the Youth Olympic Games.

The 24-year-old Anjum Moudgil emerged as the country's top woman rifle shooter, winning a World Championship silver and bagging the country's first Tokyo Olympics quota place in the process and then ending with a clean sweep of the air rifle titles at the Shooting Nationals.

Young Akhil Sheoran, 22, also won an ISSF World Cup gold in men's air rifle in the beginning of the year, which means the likes of Deepak Kumar and Ravi Kumar, India team regulars, will be on their toes at all times.

What has also excited shooting enthusiasts is the quality of the bench strength.

India will finish the year with as many as 11 world records, two of them in the senior category.

Away from the range, National Rifle Association of India (NRAI) president Raninder Singh became the first Indian to be elected vice-president of the International Shooting Sport Federation (ISSF).

The iconic Bindra was conferred the sport's highest honour for his services as the chairman of the apex body's Athletes Committee.