Duster has an airbag, just one, only in the top-end trims of diesel and petrol variants. 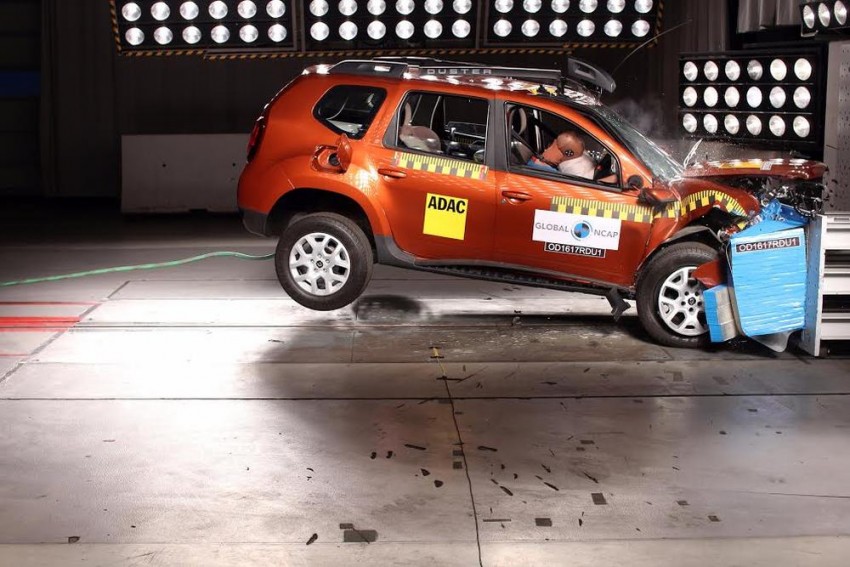 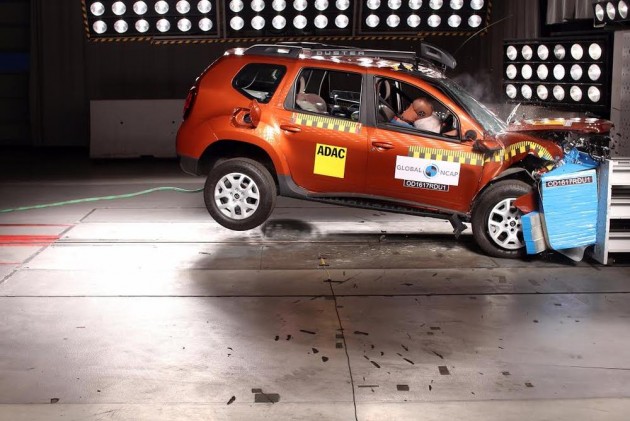 In India, international carmaker Renault sells the Duster with a smaller airbag than the ones in foreign versions, seriously hazarding driver’s safety and earning the car a poor rating in the global crash test.

Duster has an airbag, just one, only in the top-end trims of the diesel and petrol variants.

The size of the airbag decides the level of protection offered to the driver. The smaller the airbag, the greater the chance of the driver’s head compressing the airbag and hitting the steering wheel in case of a frontal crash.

“With the Indian Duster, the head of the driver did not contact the airbag in the centre as it should, exposing the head to impact on the steering wheel and therefore more risk of injuries,” said the Global NCAP report.

The Duster sold in the “Latin American countries has a larger airbag that covers the head and the chest of the driver,” earning 4 stars in the test compared to the 3 stars the Indian version got.

“With the head in maximum forward excursion the airbag still shows containment to the head protecting it from the steering wheel.”

David Ward, the Secretary General of Global NCAP, said: “The version of the Duster with an airbag scores three stars, but this too fell short as it was fitted with a smaller airbag. A model with a correctly sized airbag should be provided as standard.”

The three-star rating for the variant with driver-side airbag came after global NCAP ripped apart the basic version of Duster and gave it zero rating.

The basic and trim versions of Duster received zero stars for adult occupant protection, which means driver and shotgun driver could die in case of a frontal crash.

“Renault produce the Duster in a number of markets and yet it seems content to provide a version for India which falls so far short on safety,” said Ward in a damning indictment of the carmaker’s lack of concern for safety.

This is the second Renault vehicle to fail the NCAP test in two years. Last year, the French automobile giant’s blockbuster hatchback Kwid failed the test along with Maruti Suzuki Celerio, Eeco, Hyundai Eon and the muscular Mahindra Scorpio.

When Kwid reputation came crashing in the test, Renault had come out with a flippant excuse despite failure of its airbag variant also. “Safety is of paramount importance for Renault and all our products meet and exceed the requisite safety standards set by Indian Regulatory Authorities”.

India, a nation of around 28 million cars and over 400 road accident deaths a day, still has no binding vehicle safety or recall norms.

Rohit Baluja, President of the Institute of Road Traffic Education said: “The maximum speed limit for passenger cars in India has been notified as high as 100kph. The Renault Duster has been created as a sporty vehicle and drivers tend to drive these at high speeds. Renault must make the Duster with an airbag as standard, as they do in other parts of the world”.

“Indian consumers should no longer be subject to second class status on occupant protection from global manufacturers who achieve high levels of safety in other markets.”

Here is the video of the crash-test: