Sewa Diwas had to be observed on the PM’s birthday, and all offices remained open from 10 am to noon as the staff had to take part in cleanliness activities. 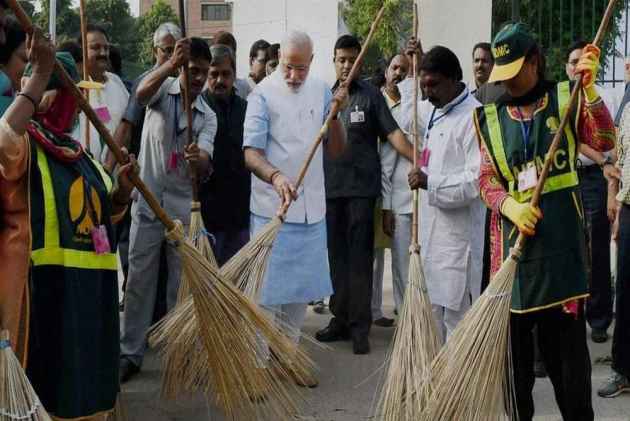 Forty employees of the Chandigarh Municipal Corporation have been served showcause notices for not coming to work on Prime Minister Narendra Modi’s birthday on September 17, which was a Sunday.

According to The Indian Express, additional commissioner of Chandigarh MC Uma Shankar Gupta has served them the showcause notices, asking the employees to provide an explanation as it was a 'Sewa Diwas' (Day of Service).

“If the reply is not found satisfactory, one day’s salary would be deducted,” Gupta said.

Sewa Diwas had to be observed on the PM’s birthday, and all offices remained open from 10 am to noon as the staff had to take part in cleanliness activities.

The report added that on September 17, MC commissioner Baldeo Purushartha and other senior officers had taken part in cleaning toilets, wash basins, windowpanes of their office building as part of “shramdaan” (voluntary work). After the event, Purushartha had instructed the MC’s Establishment branch to prepare a list of employees who were absent and take action.

The central government had kicked start the fortnight-long sanitation campaign known as the ‘Swachhta Hi Seva’ across the country on September 15. The campaign was launched by President Ram Nath Kovind in Kanpur Dehat. It will end on the birth anniversary of Mahatma Gandhi. In between, Seva Divas was observed.

BJP president Amit Shah had called upon his party members to celebrate Modi’s birthday as Sewa Diwas by participating in social work.