Pep Guardiola has confirmed Sergio Aguero will be out for a "few games" with a thigh injury, with the striker to miss the Manchester derby 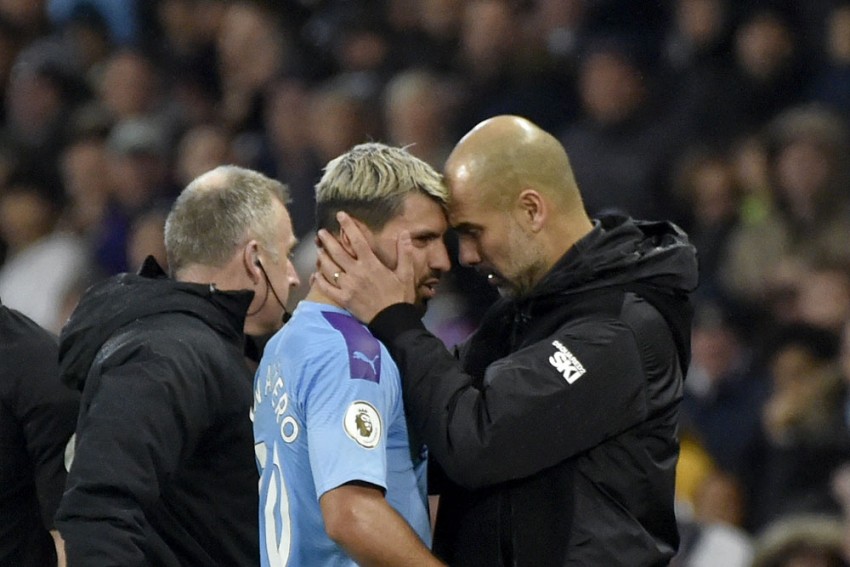 Manchester City's head coach Pep Guardiola talks with Sergio Aguero, left, as he is substituted after getting injured during the English Premier League soccer match between Manchester City and Chelsea at Etihad stadium in Manchester, England, Saturday, Nov. 23, 2019.
AP Photo
Omnisport 2019-11-26T00:31:22+05:30 Sergio Aguero Out For 'A Few Games' And Will Miss Manchester Derby 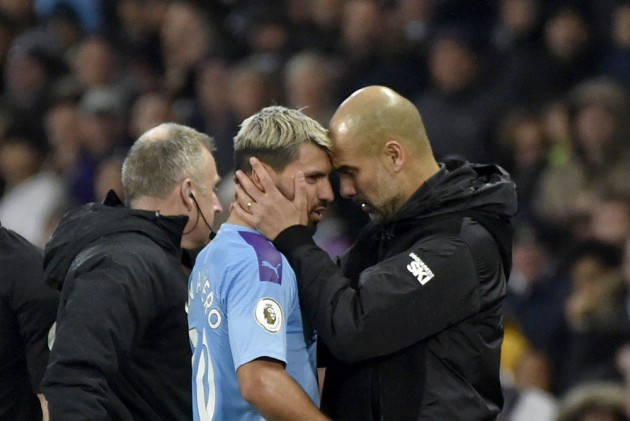 Aguero was forced off with the injury in the 77th minute of City's 2-1 victory in the Premier League on Saturday.

Guardiola informed reporters after the match that he believed Aguero's injury was "bad" but could not provide any further details.

However, in his news conference to preview City's Champions League meeting with Shakhtar Donetsk, Guardiola confirmed Aguero will be out of action for several weeks, meaning the striker - who has scored nine league goals this term - will miss the clash with Manchester United on December 7.

"Yes," Guardiola responded when asked if City would be without Aguero for the derby.

PEP: (@aguerosergiokun will be out for) a few games. I don’t know exactly.

He has a tendon problem in front - will be a few games out.

We have no other injuries. @21LVA had cramp but he’s okay.

Guardiola was unable to pinpoint Aguero's exact issue, but suggested the problem was a muscular one in the striker's thigh.

"Exactly where I don't know, his [thigh] tendon, at the front."

Gabriel Jesus is set to lead City's line in Aguero's absence, with the 22-year-old Brazil international, who has five goals in all competitions so far in 2019-20, confident he can grasp the opportunity to shine.

"I'm not happy because Sergio is injured. I don't like my friends being injured but I work here every day and I'm ready to play, because I want to improve so yes, I'm ready," Jesus said.

"It's not easy [to wait]. I'm a guy who wants to play, wants to work and improve. I don't feel happy because I want to play but I respect everything and keep working.

"I have to do it all of the time because I am at a big club with big players and a big manager so I have to work and improve as much as possible."

Despite playing second fiddle to Aguero, Jesus insists he has no regrets over moving to City in January 2017.

"When I decided to come to City I knew it was going to be hard because we have Sergio who is the top scorer of the club and scores every game, I knew this," Jesus added.

"I have a chance to play under Pep, with top players here at a big club so that's why I came, to enjoy it and to learn."