This comes on a day an equally disturbing video of a Kashmiri man lying down on a railway track under a running train has gone viral. 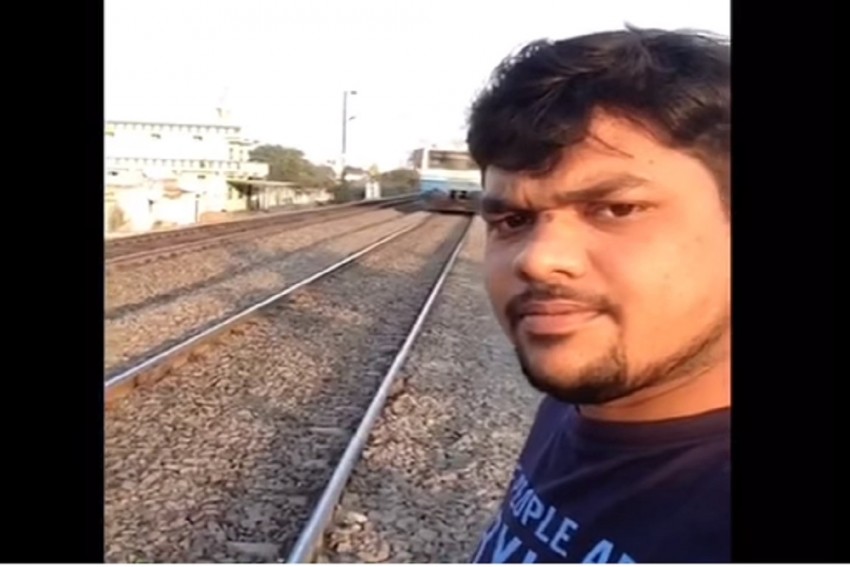 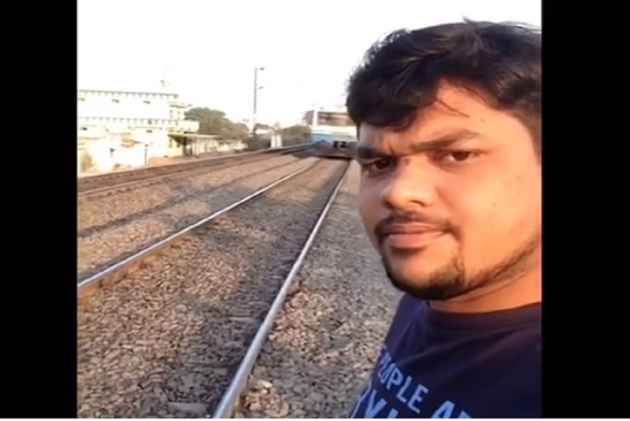 A Hyderabad boy suffered serious injuries after he was hit by a train while shooting a selfie video alongside the railway tracks. The incident reportedly took place near the Bharatnagar railway station in Hyderabad three days ago but came to light on Wednesday when the selfie video went viral on social media.

The youth who was identified as Shiva (22) had received serious head injuries and was shifted to a private hospital. According to the current medical reports, his condition is stable now.

In the video, the man is seen standing on the edge of the railway tracks holding up his phone with its front camera facing him and a train can be seen approaching him from behind.

Watch the video here (CAUTION: The Video Can Be Disturbing):

A case under 147 IR Act and trespassing against him has been registered by the Railway Police Force, India Today reported.

This comes on a day an equally disturbing video of a Kashmiri man lying down on a railway track under a running train has gone viral. In this video, a Kashmiri boy lies on the railway track while a speeding train passes over him. The video took the social media by storm, drawing extreme reactions from people. Several social media users called for action against him.

Even former Jammu and Kashmir chief minister Omar Abdullah called out the “stupidity” of the act. “There is something drastically wrong with this sort of adventure seeking. I can’t believe the stupidity of these young men,” Omar wrote on Twitter.

In January 2017, two teenagers were killed by a speeding train while they were doing stunts and posing for selfies near a railway track behind Akshardham Temple in Delhi. The group had reportedly rented a DSLR camera for Rs 1300 to shoot their stunts and click photographs. First, they clicked pictures at Khelgaon and then went to the railway track behind the Akshardham Temple.