The BJP has demanded to initiate prosecution and declare Hurriyat as terror state and the Congress also asked for a thorough and immediate investigation into the matter. 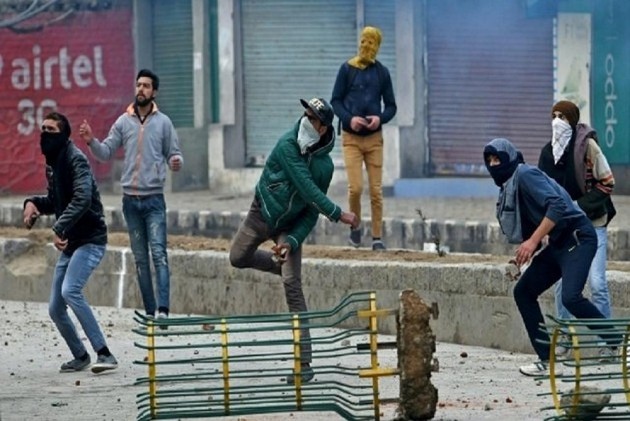 A report by a television channel has said that it has accessed secret intelligence documents showing Pakistan’s ISI funding Hurriyat to create trouble in Jammu and Kashmir.

The report has invited sharp reactions from political parties. The BJP has demanded to initiate prosecution and declare Hurriyat as terror state and the Congress also asked for a thorough and immediate investigation into the matter.

This explosive revelation comes on the heels of confessions by two recently captured ISI agents in India, that they regularly got money from Abdul Basit, Pakistan's envoy to India.

According to an Outlook story in September, 2016 (Redrawing Raphael by Bhavna Vij Aurora), the Hurriyat was formed in 1993 with the help of Robin Raphael, the then political counsellor in the US embassy in Delhi. Senior diplomat Rajiv Dogra, former consul-general in Karachi, told Outlook that Pakistan, with the active cooperation of the Clinton administration, helped build the All Parties Hurriyat Conference in March 1993. It was a coming together of 29 groups with a separatist agenda. Dogra says the key figures were Robin Raphael and Pakistan’s then deputy high commissioner to India, Shafqat Kakakhel.

According to the Outlook report, ensuring that funds from Pakistan are cho­ked off was a key part of the Centre's new Kashmir strategy. The report also said that the NIA was investigating Syed Ali Shah Geelani’s son, Nayeem Geelani, in this respect. Sources say two accounts that saw unusual activity in recent months—one in Tral, another in Kupwara—were being probed, added the report.

Times Now claimed that it has in its possession documents that show details of the money route, of the players at both ends - that is , the funders and the primary recipients - and of whose hands much of the money ends up in ultimately.

“The ISI's cash register documents accessed by Times Now show that the two ends of the money trail are Rawalpindi, which is ISI's headquarters, and Srinagar, where the Hurriyat is based. From Srinagar, the money makes its way to people in places like Anantnag, Pulwama and Kupwara. These are all areas that have regularly reported often intense stone pelting,” says the report.

Reacting to the report, minister of state, PMO, Jitendra Singh said, "Every effort is being taken to ensure this kind of sponsored unrest will be put to an end."

"Whatever the information we have must be investigated because these are serious matters who are funding the separatists and who are the recipients of these kinds of funds. All this should be enquired immediately," said Congress leader Tom Vadakkan.