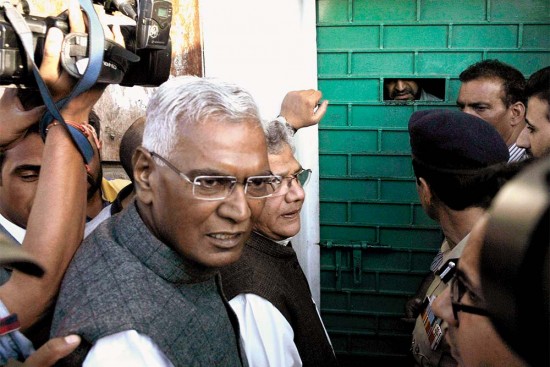 At a time when the difficulties of initiating a political outreach were symbolised in the shape of a door slammed shut in the face of members of the all-party delegation by the big­g­­est separatist figure in the Val­­ley, the Centre has decided to demonstrate a reciprocal toughness. The Hurriyat may just have overplayed its cards with that snub to a delegation representing the entire Indian political spectrum. The view in the gover­nment and the Opposition is that the Islamist separatists stand exposed—and their message of inflexibility denotes a firm circumscribing of the space for dialogue.

This has strengthened the govern­ment’s resolve to finalise a “national secur­ity doctrine”, prioritising India’s geopolitical inter­ests. “We can’t allow the country’s security to be at the mercy of the government of the day. Things have to be laid down in black and white. For example, the role of security forces in handling the ongo­ing Kashmir crisis should be spelt out. Time for soft-pedalling the Kashmir issue and pandering to the Hurriyat is over,” a top security official told Outlook.