Dalits And Muslims Are A Natural Alliance: Chirag Paswan

In an interview with Outlook, LJP leader Chirag Paswan talks about anger among Dalits over the NGT chairman’s appointment and circumstances for ‘social justice’ oriented parties. 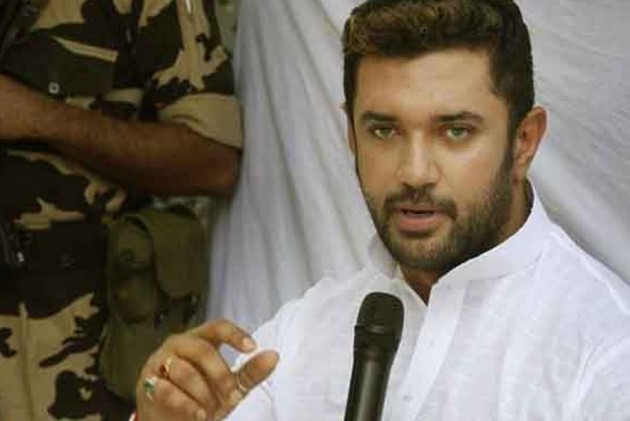 What is your party’s position on the August 9 protests that are being talked about?

We would want it to not happen. We would want the government to address all our concerns much before. We have seen what happened during the April 2 protests. A few Dalit organisations have said they might agitate against changes to the Atrocities Act. That is why we repeatedly demand this law’s restoration to the way it was before the Supreme Court’s March 20 verdict. We had asked for an ordinance but it cannot happen as Parliament is in session. So I have demanded that the government reintroduce the Bill. But I am told you cannot reintroduce it without amendments. Since this affects a majority of people, I suggested we close the Monsoon Session of Parliament on August 7 and bring an ordinance on August 8 to avoid any possible mishap on that day.

After the April 2 protests people were arrested in large numbers. Is it possible this protest will not succeed?

Irrespective of the intensity of protests, just by virtue of the anger in the community, the issue needs to be addressed. Their anger is very genuine because this law was the only protector of the Dalit community. When brought in during VP Singh’s tenure as Prime Minister it included 22 atrocities. This government raised them to 47, to include garlanding with shoes, blackening faces etc. But the irony is that soon after this the SC verdict sent a message—that the opposition is trying to cash—that this government is anti-Dalit.

What do you expect will happen in the protests?

I fear they might be more intense than April 2 because the message has gone out that the judge who gave this verdict has been awarded by making him chairman of NGT. So our party is also demanding (his removal). I want to thank Nitish (Kumar) ji’s party JDU and (Upendra) Kushwaha ji’s party Rashtriya Lok Samata Party, for supporting me. Also, while Congress MPs raised their voice against this, former Law Minister Ashwini Kumar supported the appointment. If the appointment is correct that means they feel the decision is correct too. So I want (Congress President) Rahul Gandhi to clarify his party’s stand on the law and the appointment. Even BSP supremo Mayawati is silent—because in 2007 she had done all that the SC has said now.

Since you bring up the BSP, their problem was said to be that they had non-Dalit and Savarna voters. In a way you have the same conflict with the BJP.

After VP Singh’s government this is the only government to work for SCs and STs. That time, Dr Bhimrao Ambedkar was given Bharat Ratna, his portrait was hung in Parliament in 1989 when my father was labour and welfare minister. After that I don’t remember anything being done for Dalits. Our PM selected important places visited by Ambedkar including his birthplace in Mhow, where he studied in London, where the last days of his life were spent, to develop these into national museums.

What would be the political impact of Dalit anger? PM Modi remains popular but what about smaller parties such as yours?

We are more powerful now than in 2014. We are stronger with Nitishji with our alliance. I admit these issues create a (negative) perception. It’s important our government works on it. I am very hopeful because the government has done all we wanted, whether reservations in promotions or the UGC issue. It has said in Parliament that appointments would continue like always. The same judge, AK Goel, gave the reservations in promotion judgment that also sent a signal that reservation was being sidelined. I have faith in what the PM said: not a comma will be changed in the Atrocity law.

You mention the JDU, BJP and LJP together are a very strong alliance but the RJD, BSP and Congress are also very powerful. They could wean away Muslims and Dalits.

The problem with these parties is that they create vote banks without working for them. They repeatedly frighten Dalits that Modi will take away reservation and atrocities will increase etc. They create fear among Muslims too. I request all Muslims: set your agenda or all parties will use you but do nothing for you. The RJD claims a Yadav-Muslim vote bank since the nineties but conditions of both groups is pathetic in Bihar. Muslims need to understand that we are working for their betterment. Triple talaq is one example.

At the same time lynching incidents are going on…

Lynching needs to be taken very, very seriously. I have repeatedly raised this issue and am satisfied that our home minister is concerned about it and a group of ministers has been committed to it. My issue is, the opposition raises lynching or other issues but never give concrete suggestions. Our home minister has issued notifications to all states but all they do is politicise.

Would it be correct to say the way Hindu-Muslim polarisation is talked about in say, TV studios, doesn’t reflect what’s really happening?

Rural areas of my constituency have a big proportion of Muslims, SCs and STs. They live in absolute harmony. There are some episodes fuelled by fake news and rumours. But I have not heard the PM say anything polarizing. He only speaks of development, development and development.

Are Dalits and Muslims drawing closer in northern states including Bihar?

Without getting into specific areas, yes, these communities are a natural alliance. They both suffer the so-called hierarchy of the caste system. They have similar problems and lives. There is a little anger among Dalits but soon, with measures taken by the government, this will be rectified.

We have Dalit versus non-Dalit, Hindu versus Muslim, Maratha or Jat agitations. Are these polarisations foretelling bigger social problems than immediate political issues?

We political parties need to understand that creating such situations is not good for the country. We talk about unity in diversity but if we get divided into so many smaller sections… A number of agitations like of Marathas, Jats, never happened before but are becoming a serious cause of concern. All parties need to come on a line. That’s why I believe in my government more because our PM repeatedly addresses himself to 1.25 crore countrymen, not any one group or community. While we work towards development—more or less is debatable but yes, we are gradually working towards it—smaller regional parties start creating these pocket-level movements. We are a smaller party but we don’t create pocket movements—SCs and STs are a huge section of society. Unrest among them concerns the whole country. Hence all attempts must be made to resolve issues before a protest builds up.