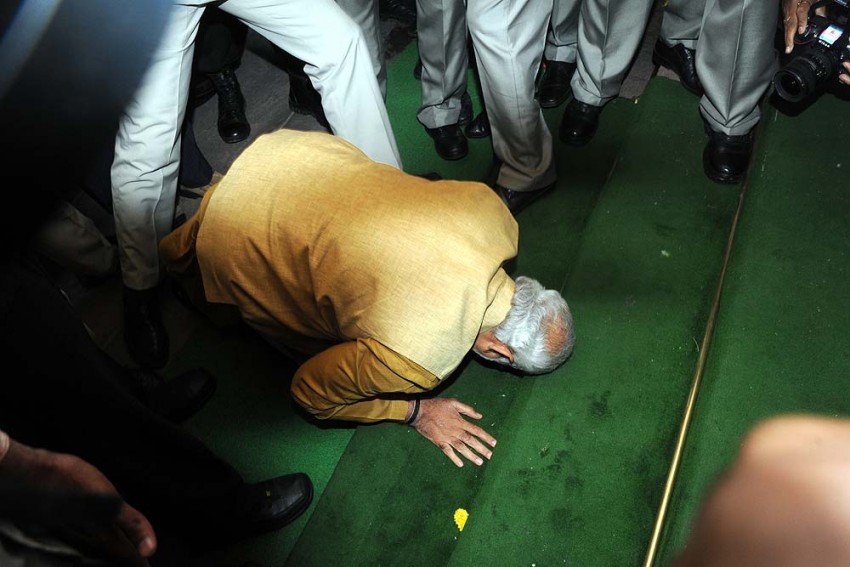 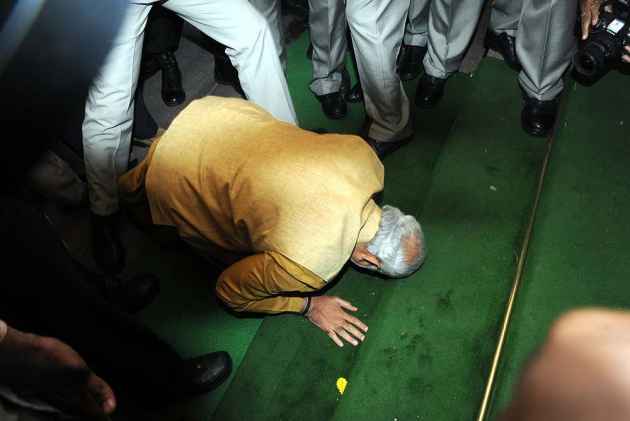 In the din of firecrackers heralding the total and epoch-making triumph of Narendra Modi, the question still remains relevant: "But what about the past? Are we expected to just forget that?" Thus demands 62% of the electorate which did not vote for the new prime minister. The past may be in the past, but it does not vanish.

Unquestionably, critics of Narendra Modi should respect the democratic verdict and the clear choice of the people as expressed yesterday. Unlike his supporters, who believe Modi's past is either fabricated or exaggerated, the other lot are convinced that justice is yet to be done. They are certain much truth about him is wrapped up in his past. After all, Modi's "bad deeds" were not committed under the cover of darkness. Besides, they have been vigorously debated in the public domain. Yet, Modi was able to win the kind of victory other politicians dream of. (Incidentally, to assume all those who elected Modi are right—wing, Hindu fascists is both silly and simplistic.) That contradiction needs to be factored in.

Oscar Wilde said, "The only difference between a saint and a sinner is that every saint has a past and every sinner has a future." By that logic Narendrabhai's future looks bright. Prime Minister Modi is a highly intelligent and shrewd politician who is aware both of his past and the possibilities of the future. The trillion dollar question is: Will he listen to the former or the latter? No one except Modi knows the answer to that riddle. India lives in a continent-sized, heterogeneous country with 170 million Muslims. I am not being pseudo-secular when I suggest that 99.99% from that number oppose him viscerally. Happily , the prime minister's trusted aide Amit Shah, who has a past of his own, claims his boss will be the prime minister of those who did not vote for him.

Modi in his determination to wipe out the black spot of 2002 and other misdemeanours might prefer to wear the Vajpayee mantle. If that is his intention, authoritarianism, vindictiveness, communal prejudice and exclusiveness will need to be jettisoned in favour of the spirit Atal Bihari Vajpayee symbolised. The prime minister has a full in-tray. For pragmatic reasons, he may not be able to act against the obnoxious casteist remarks of Baba Ramdev. However, nothing stops him from making an example of the habitual Muslim-baiter, Giriraj Singh, now an MP. It would be a magnificent gesture ensuring he begins his job on a reassuring note, not just for Muslims but for the entire country.

At the risk of self-praise, let me say I read the writing on the wall in December 2013, when I stuck my neck out and asserted that only divine intervention could stop Modi from sitting on the prime minister's chair. Since then, I have been repeating that Modi be given the "60 months" he asks for. Of course, in view of the results, the need for the favour is redundant.

Scepticism, not cynicism, is the need of the hour. Our guard must be up. After a brief honeymoon period—100 days—we must submit the prime minister to the strictest scrutiny. Already an RSS stalwart has demanded the building of the Ram temple, dissolution of Article 370 and a common civil code. We will surely hear other voices from the RSS asking for their pound of flesh in return for making Modi prime minister in the face of strong opposition from the party. One will have to wait and see how the former Gujarat CM resists the pressure. In his home state he decimated the RSS and its affiliates. Can he do the same on the national stage?

In case the incoming prime minister takes the wrong road, all citizens have a responsibility to speak out loudly. The media in particular, which is already showing signs of "crawling", has a special responsibility to stay alert and fearless.

George Orwell once wrote, "During times of universal deceit, telling the truth becomes a revolutionary act." I do not wish to puncture the prevailing euphoria, but if Modi lives up to his past, then we must not hesitate to perform the "revolutionary act".

This first appeared in the Times of India on May 17, 2017. It was written before Mr Narendra Modi had spoken after the election results

'I Am Confident About The Future Of India'