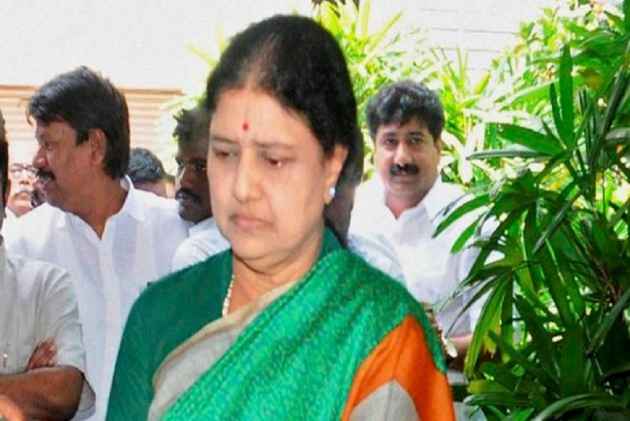 The Supreme Court on Wednesday, dismissed the plea of jailed AIADMK leader V K Sasikala seeking review of its verdict convicting and sentencing her to a four-year jail term in a disproportionate assets case.

The apex court also rejected her plea for an open court hearing of the review petitions.

"We do not find any error in the common judgment impugned, much less an apparent error on the face of the record, so as to call for its review. The review petitions are, accordingly, dismissed," a bench of Justices S A Bobde and Amitava Roy.

Senior advocate Mukul Rohatgi, representing Sasikala and other convicts, gave written submissions and propositions which were taken on record by the top court.

The apex court perused the review petitions and dismissed the pleas filed by Sasikala and other convicts in the case.

Besides Sasikala and two others -- V N Sudhakaran, former Tamil Nadu Chief Minister Jayalalithaa's foster son, and Elavarasi, widow of Sasikala's elder brother-- had challenged the setting aside of a Karnataka High Court verdict acquiting her and restoring the trial court verdict in totality.

The trial court in Bengaluru had convicted Sasikala along with Jayalalithaa, Sudhakaran and Elavarasi in the case for amassing assets disproportionate to their known sources of income.

On February 14, the AIADMK leader Sasikala was convicted in the case by the apex court, dashing her ambition to become the Tamil Nadu Chief Minister.

The top court verdict held her guilty of entering into a conspiracy with late AIADMK supremo Jayalalithaa. Consequently, she was not able to enter into electoral politics for a period of six years after serving the four year jail term.

Sasikala, the close aide and shadow of Jayalalithaa for almost three decades, was locked in a power struggle for the top post with then acting Chief Minister O Panneerselvam.

The apex court had set aside the Karnataka High Court order acquitting all the four accused and "restored in toto" the trial court's decision in the 19-year-old disproportionate assets case.

The special trial court had found disproportionate assets worth Rs 53.60 crore, which Jayalalithaa and the three others could not account for. The CBI had alleged that the unaccounted wealth was to the tune of Rs 66.65 crore.

Sasikala had been in prison in 1996 when the case was registered. In 2014, after the special trial court convicted and awarded her a four-year sentence with a fine of Rs 10 crore. Jayalalithaa was then awarded four-year jail term, besides a fine of Rs 100 crore.

The apex court, which abated the proceedings against Jayalalithaa after she died on December 5 last year, held that the criminal conspiracy was hatched at her Poes Garden residence in Chennai.