The judgement is a major relief for the Modi government which is gearing up for re-election in a few months. An ongoing probe into a defence procurement would have created a major hurdle for the BJP in the run-up to the 2019 Lok Sabha polls. 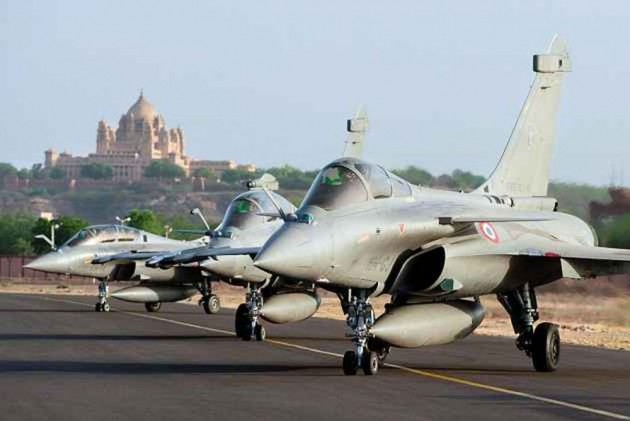 The Supreme Court on Friday dismissed three PILs seeking a court-monitored inquiry into the acquisition of 36 Rafale MMRCA aircraft by the Narendra Modi government. The decision saw the top court’s refusal to probe the “the sensitive issue of purchase of 36 defence aircrafts by the Indian Government”. The bench has also refused to look into the commercial deal struck between Dassault—the maker of the fighter jets—and the Reliance ADAG.

The judgement is a major relief for the Modi government which is gearing up for re-election in a few months. An ongoing probe into a defence procurement would have created a major hurdle for the BJP in the run-up to the 2019 Lok Sabha polls.

The delivery of the first lot of defence jets are expected next year—a much needed procurement for the Indian Air Force, which has been awaiting induction of new fighter aircraft for several years. Part of the SC’s scrutiny of the material included an interaction with senior IAF officials. The judges had inquired about pricing, acquisition process and other technical details of the aircraft regarding at the time.

“The Rafale Deal Should Be Scrapped And Renegotiated”

“Perception of individuals cannot be the basis of a fishing and roving enquiry by this court, especially in such matters,” the bench noted while dismissing the PILs.

The Supreme Court bench comprising CJI Justice Ranjan Gogoi, Justice Sanjay Kishan Kaul and Justice K.M. Joseph has taken this view under Article 32, meaning PILs that may seek a probe into the acquisition, and not closed the door on any other kind of references, appeals or cases that may come up.

One petition was filed by former Finance Minister Yashwant Sinha, ex-lawmaker Arun Shourie and lawyer Prashant Bhushan. The second by lawyers ML Sharma and Vineet Dhanda and the third by AAP leader Sanjay Singh. The PILs were filed following media reports where former French President, Francoise Holland, was quoted as saying that the Indian government had pressurised the French government into accepting Reliance Defence as the Indian offset partner in the government-to-government deal.

There appears to be a word of caution to individual PIL activists that it may not necessarily review every act of the government that is perceived to have a taint. From the beginning of his tenure, CJI Gogoi has dissuaded PIL petitioners from mentioning matters at the top court for preferential hearing.

In January this year, Justice Gogoi was one of the four judges who had held a press conference against then CJI, Justice Dipak Misra. Recently, in an interview to Outlook, Justice Kurien Joseph went on record to say that ‘There was a perception that he [Justice Misra] was not functioning independently’. The press conference led to yet another perception that as CJI, Justice Ranjan Gogoi would play an activist judge. In this battle of perceptions, today’s Rafale decision clarifies that Justice Gogoi is maintaining his independence from issues pressed by political quarters.

Breather to Reliance and corporates

The bench has refused to go into the technical and commercial considerations of the aircraft acquisition. Some of these details have been reported in the media with wide discussion on Dassault’s choice of partner, Reliance ADAG. The SC has limitedly dealt with why defence PSU—Hindustan Aeronautics Limited (HAL)—was not chosen as the offset partner and allegations of the government favouring Reliance ADAG to be the Indian offset partner of the French company.

These allegations were made following the news reports quoting Holland regarding choice of Reliance ADAG as offset partner.

During the hearing, the government appears to have come in defence of Dassault choosing Reliance instead of HAL.

“In fact, the suggestion of the Government seems to be that there were some contractual problems and Dassault was circumspect about HAL carrying out the contractual obligation, which is also stated to be responsible for the non-conclusion of the earlier contract,” the judgement notes.

But what is of immediate interest is the top court abstaining from looking into a private contract between Dassault and Reliance ADAG.

“As to what transpired between the two corporates would be a matter best left to them, being matters of their commercial interests, as perceived by them,” the apex court noted.

This could be read in two ways: First, the courts in India have been accused of hobbling business for several years. This bench, which includes the CJI, has taken a stand that it would not probe a business decision through a PIL. On the other hand, it must be mentioned that this is not a regular business deal but a defence deal and in the court’s own words—“the sensitive issue of purchase of 36 defence aircrafts by the Indian Government”.