Muhammad Ali 'is' special as I hate to say he 'was', says the little maestro. 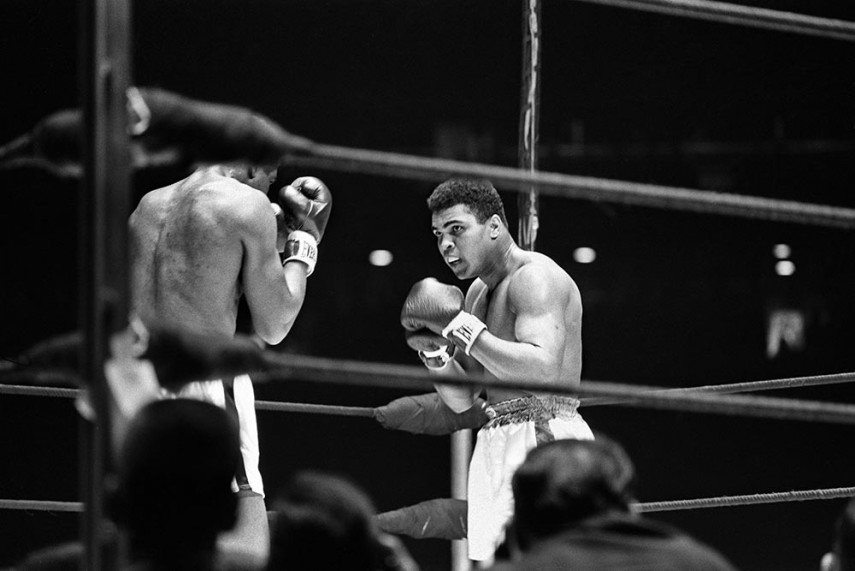 Batting maestro Sachin Ramesh Tendulkar had always cited boxing legend Muhammad Ali as one of his childhood heroes. But it is quite possible that after he got hold of 'GOAT' (Greatest Of All Time)— a glossy coffee table tribute to the boxer a little over 10 years ago—the Indian's respect for the 'Black Superman' went up.

This is evident from the rich tribute that Tendulkar paid to Ali after his death on June 4. He once again said that he wanted to meet Ali at least once, perhaps to touch and feel his hands that demolished many giants in the ring. Alas, that was not to be.

"I would like to say that Muhammad Ali was something really, really special," Tendulkar tells Outlook from London.

Then, Tendulkar cited his conversation with his friends, raising his praise and admiration for the three-time world heavyweight champion.

"Just the other day while talking to my friends I kept saying Muhammad Ali 'is' special because I hate to say he 'was' special. From whatever I have seen and heard, I feel he will be missed equally as a person and not just the sportsman," Tendulkar said, referring to the human rights issues and social changes that the boxer brought about.

Tendulkar's admiration for Muhammad Ali became evident to me on February 14, 2006, in Lahore. As the flight from Lahore to Multan got delayed by over two hours due to foggy weather, I, along with the rest of the Indian media covering that Pakistan tour, found myself in the same

The atmosphere was relaxed, so were the cricketers, especially as India had just the previous day beaten Pakistan in the third one-day International in Lahore. As soon Mohammed Kaif and Tendulkar finished their chat, we started talking about sundry things, like how Tendulkar used to paint his batting pads when coloured clothing was just introduced in international cricket.

As other Indian journalists joined in, the conversation turned to boxing. It was then that Tendulkar excitedly disclosed that he possesses 'GOAT', an expensive glossy coffee table that he said weighed "35kg" (it actually weighs 34 kg). But weight is not important here; tribute to 'The Greatest' is.

For the uninitiated, the limited edition book is 20-inch x 20-inch dimension and contains about 800 pages of archival and original photographs, graphic artwork, articles and essays — many of them exclusive — covering Muhammad Ali's six decades of his life in great detail, according to the publisher's website.

"My hero since childhood. I always had a wish to meet you some day but now it will never happen. RIP 'The Greatest'," Tendulkar tweeted soon after Ali's demise on June 4.

When Muhammad Ali visited India in 1980, and fought exhibition bouts, Tendulkar was just about seven. Then Tendulkar got busy polishing his cricket and Ali was afflicted with the Parkinson's disease and largely confined to his home. Had they met, the meeting would have been either as big as Tendulkar meeting Don Bradman in 1998.