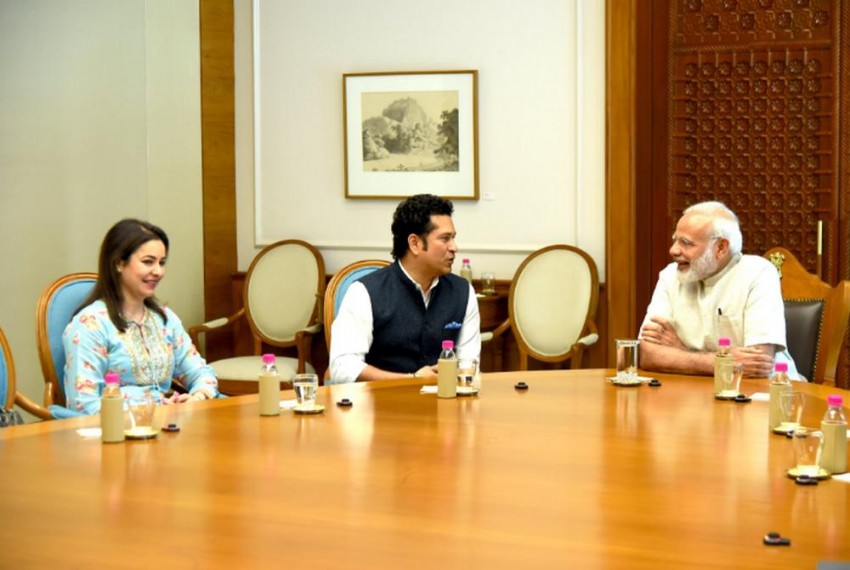 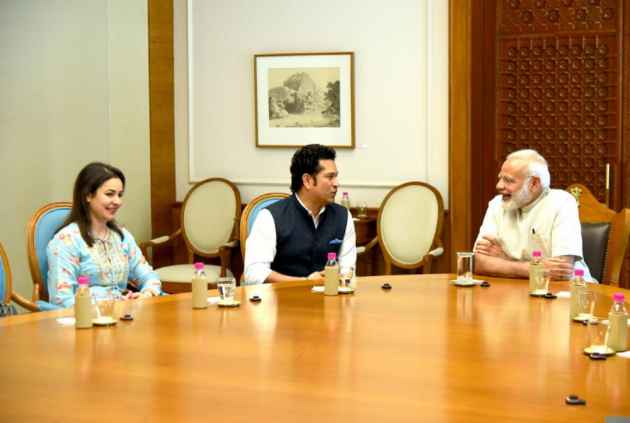 A week before the release of "Sachin: A Billion Dreams", Sachin Tendulkar Friday met Prime Minister Narendra Modi today to discuss the biography.

The cricketing legend later posted a picture on his Twitter account with Prime Minister Narendra Modi. He was also accompanied by his wife Anjali.

Last week, Modi had cited Sachin Tendulkar as an example in his “Mann ki Baat” broadcast aimed at students preparing for examinations.

“Look at the life of @sachin_rt. He kept challenging himself and bettered his own records. That is what is inspiring,” the Prime Minister later tweeted.

In his response, Tendulkar tweeted: “Thank you @PMOIndia for the mention. Preparation is key for everyone… be it a student or a player. Focus makes the challenge less daunting.”

"Thank you for your inspiring message @narendramodi 'Jo khele, Wahi khile!' Could not have agreed more. #SachinABillionDreams."

Sachin: A Billion Dreams, written and directed by James Erskine and produced by Ravi Bhagchandka, is based on the life of the cricket legend. It is scheduled to be released on May 26.