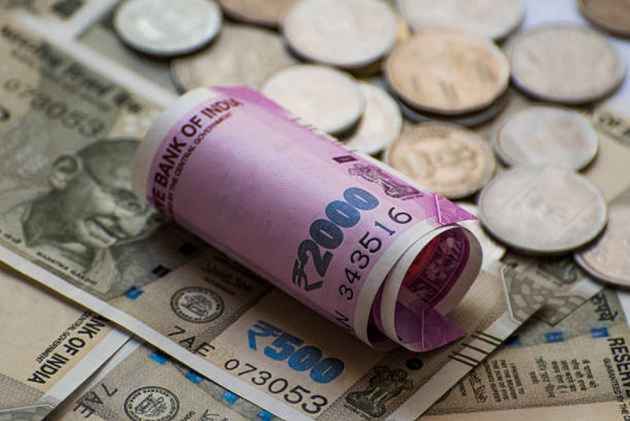 The rupee staged a late rebound after plunging 110 paise in early trade on Tuesday but still ended 53 paise lower at 71.85 against the US dollar following RBI Governor Urjit Patel's shock exit coupled with the loss of the ruling BJP in key state elections.

Analysts said the RBI governor's surprise resignation and the ruling BJP's loss in state elections unnerved forex traders initially but a fag-end rebound in domestic equities and dollar selling by some state-owned banks helped in the recovery of the domestic currency.

The domestic unit, which saw a heavy sell-off by plunging 110 paise in opening trade, staged a mild recovery towards the end of the session but still settled in the negative territory.

After opening lower at the Interbank Foreign Exchange (forex) market at 72.42, the rupee clawed back to 71.67 during the day and finally settled at 71.85, down 53 paise over its previous closing price.

On Monday, the Indian rupee tumbled 50 paise to close at 71.32 against the US dollar.

"Timing of the (RBI) governor's resignation and the already-cautious mood in the markets following exit polls, to be followed by today's actual count for the state elections, will dampen sentiments. INR is likely to weaken past 72/USD as NDFs suggest, with Monday's equity sell-off to seek further downside," Radhika Rao, Economist at DBS Bank and Philip Wee, FX Strategist at DBS Bank, said.

"With regards to the RBI Governor's exit, governments in Europe and the US have had strong criticisms and inputs into their central bank policy. India is no different in that regard, and a push pull between government and central bank is to par for the course. From an investment perspective, there's been much selling already this year," Sunil Sharma, Chief Investment Officer, Sanctum Wealth Management, said.

Sharma further said that markets are possibly enthused by the possibility of a pro-growth appointment, one that prefers a nuanced approach over a hard line in dealing with financial institutions.