"The Myanmar government should stop pretending that the Rohingyas are setting fire to their own homes and laying waste to their own villages," he added. 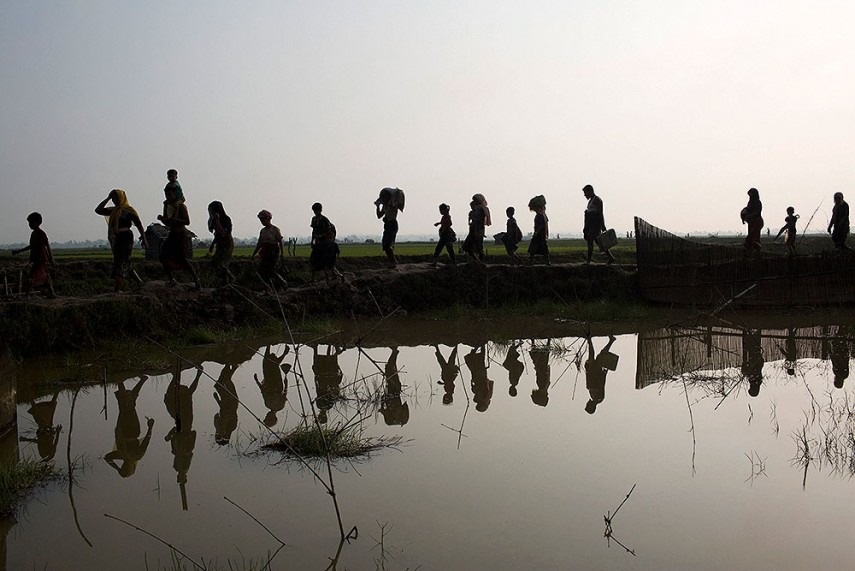 The UN human rights chief said today that the violence and injustice faced by the ethnic Rohingya minority in Myanmar, where UN rights investigators have been barred from entering, "seems a textbook example of ethnic cleansing."

He also spoke about rights concerns in Burundi, Venezuela, Yemen, Libya and the United States, where he expressed concerns about the Trump administration's plan to dismantle protection for younger immigrants, many of whom have lived most of the lives in the US.

Zeid, who is a Jordanian prince, denounced how "another brutal security operation is underway in Rakhine state â€” this time, apparently on a far greater scale."

He noted the UN refugee agency says 270,000 people from Myanmar have fled to neighbouring Bangladesh in the last three weeks, and pointed to satellite imagery and reports of "security forces and local militia burning Rohingya villages" and committing extrajudicial killings.

"The Myanmar government should stop pretending that the Rohingyas are setting fire to their own homes and laying waste to their own villages," he added. He called it a "complete denial of reality" that hurts the standing of Myanmar, a country that had until recently - by opening up politics to civilian control - enjoyed "immense good will."

"Because Myanmar has refused access to human rights investigators, the current situation cannot yet be fully assessed, but the situation seems a textbook example of ethnic cleansing," he said.

Zeid said he was "further appalled" by reports that Myanmar authorities planting land mines along the border.

Aside from Myanmar, although he didn't specify the countries by name, Zeid said the council should consider "the need to exclude from this body states involved in the most egregious violations of human rights." Human rights advocacy groups have cited Burundi and Venezuela in particular as countries with lamentable rights records that have seats on the 47-member rights council created by the UN.

Overall, Zeid lamented how the world has grown "darker and dangerous" since he took office three years ago.

Syria and Iraq, two countries that have been longtime staples of concern from UN human rights chiefs, received only passing mention in his address - a testament to the broad concerns about today's world.