The JDU had sought their disqualification on the grounds that they had attended a rally of opposition parties in Patna in violation of its direction. 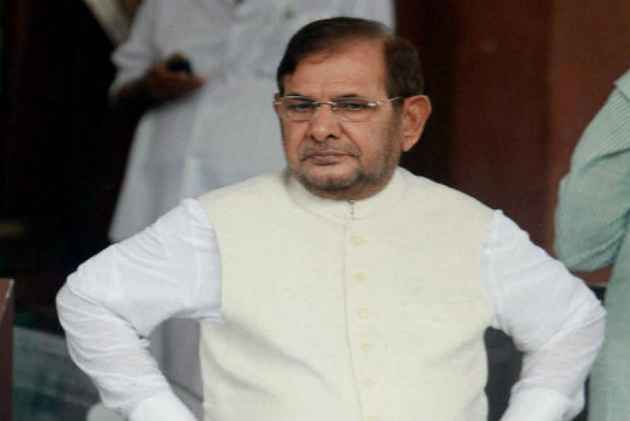 After rebel Janta Dal (United) MPs Sharad Yadav and Ali Anwar were disqualified from the Rajya Sabha on Mondaynight, CPI(M) leader Sitaram Yechury questioned the decision taken by the chairman of the House M Venkaiah Naidu, saying that the speedy action does "cast a shadow".

The Rajya Sabha chairman agreed to the JD(U)'s contention that the two seniour leaders had "voluntarily given up" their membership by defying their party's directives and attending events of opposition parties.

The JDU had sought their disqualification on the grounds that they had attended a rally of opposition parties in Patna in violation of its direction. Yadav had joined hands with the opposition after JDU president and Bihar chief minister Nitish Kuamar dumped the Grand Alliance in Bihar and tied up with the BJP.

"Like Ceasar's wife, the Rajya Sabha Chairman's decisions must be above questioning. But the disqualification of Rajya Sabha MPs Sharad Yadav and Ali Anwer casts a shadow," he said in a tweet.

He also alleged that the case was given special priority when many similar cases are still pending in Lok Sabha for a long time.

"The petition was filed on September 2 and the decision is out on December 4. The speed is mind-boggling. Similar cases are pending in Lok Sabha for over a year. So political affiliation is the only thing that matters?"

Vice-president and chairman of the Upper House Venkaiah Naidu in his communication said that they cease to be Rajya Sabha members with immediate effect on Monday.

Yadav was elected to the House last year and his term was scheduled to end in 2022. Anwar's term was to expire early next year. The former JDU president, who is at present in Gujarat to campaign against the BJP, is expected to respond to his disqualification today.