This bill gives power to the victim to approach a magistrate seeking "subsistence allowance" for herself and minor children in the case of instant triple talaq or talaq-e- biddat. 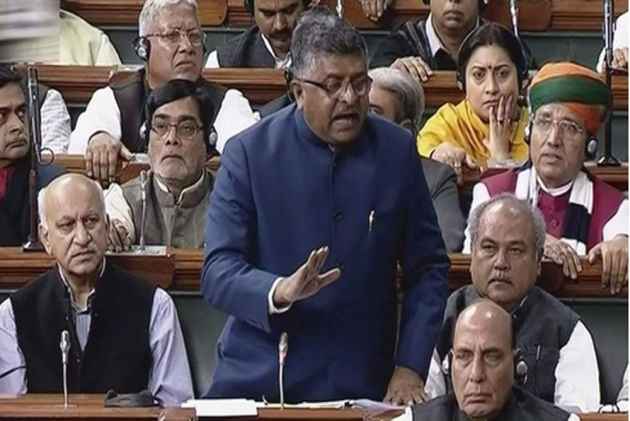 The contentious bill that criminalises instant triple talaq among Muslims, already passed by the Lok Sabha, is set to be introduced in the Rajya Sabha on Tuesday.

The bill, which makes instant triple illegal with up to three years in jail for the husband, was passed by the Lower House last week.

The Muslim Women (Protection of Rights on Marriage) Bill is listed for introduction in the Rajya Sabha by Law Minister Ravi Shankar Prasad on January 2, according to the list of business of the Upper House.

This bill gives power to the victim to approach a magistrate seeking "subsistence allowance" for herself and minor children in the case of instant triple talaq or talaq-e- biddat.

A victim can also seek the custody of her minor children from the magistrate.

Under the law, instant triple talaq in any form -- spoken, in writing or by electronic means such as email, SMS and WhatsApp -- would be illegal and void.

Meanwhile, the Indian Union Muslim League (IUML) has claimed that various Muslim bodies in the country would move the Supreme Court if the bill is also passed by the Rajya Sabha.

The bill could get stalled in the Rajya Sabha where government lacks a majority and it may be referred to a parliamentary committee for its review.