Rape Trial That Has North India On ‘High Alert’

The judgement has been reserved for August 25, ahead of which thousands of the Dera followers have camped near the special court where the godman has to be physically present. 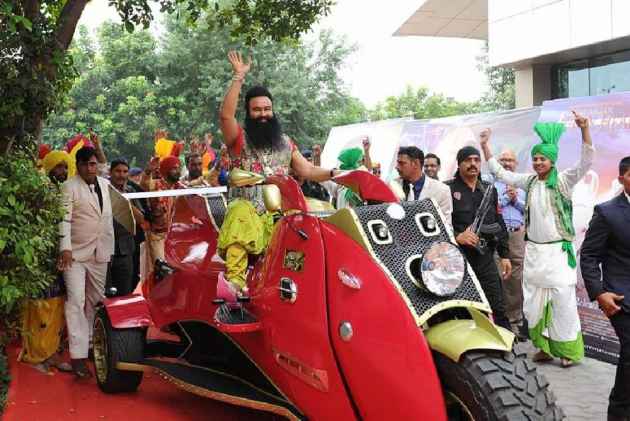 After a decade of proceedings, a special CBI court in Panchkula, Haryana is going to finally pronounce judgement upon the controversial godman Guru Ram Raheem Singh, third and current leader of the Dera Sacha Sauda (DSS). The charges are the most unsavoury that can crop up in the relation of a guru and his disciple — rape.

The judgement has been reserved for August 25, ahead of which thousands of the Dera followers have camped near the special court where the godman has to be physically present. At least for a bulk of the hearings till 2014, the godman had deposed through video conferences and not appeared at the court.

Expecting violence and blowback in case of an adverse judgement, the police have issued an advisory, asking that lawyers carry their IDs to the court from August 23-26. Followers of this religious order have made violent threats against law and order, on television.

A letter written by a former sadhvi was splattered across the front page of a newspaper called “Pura Sach" (literally, the whole truth) in 2002. Soon after the publication of the letter, the newspaper's editor, Ram Chander Chhatrpati was murdered. Three DSS followers had been arrested for the murder at the time.

The letter had been addressed to then prime minister Atal Behari Vajpayee and the chief justice of the Punjab and Haryana High Court.

In the letter, the woman alleged that the godman had raped at least 50 women, including her, at the DSS ashram in Sirsa, Haryana. These incidents took place around August-September of 1999.

The then chief justice of the P&H HC had directed a judicial inquiry by a district and sessions judge. The district judge conducted an inquiry at the dera and reported back to the HC saying that “everything is not quite right within the walls of the dera” and recommended that a deeper probe be carried out by a central agency, said a source in the CBI.

The Punjab and Haryana HC had then handed the investigation to the CBI. According to the agency source, the sleuths drew up a list of sadhvis who had been at the Dera in Sirsa during that time. The list was shortened to those sadhvis who had subsequently left the ashram. While speaking to the women, two came forward and told the CBI investigators that they were raped.

The women had claimed they had been reluctant to come forward due to the pressure and threats from the Dera’s followers and functionaries.

In the meantime, the first woman’s brother had been murdered. The woman’s father — a former sarpanch of the village — had written a letter to the then Haryana CM, who transferred to the murder investigation to the Crime Branch-Crime Investigation Department (CB-CID) of the government. He had accused another DSS follower, Jasbir, from his village of murdering his son. The police arrested Jasbir along with a Punjab police constable who was part of the security detail of Gurmeet Ram Raheem. The security detail of the godman, at the time, comprised three Punjab police and two Haryana police constables.

It was only after the brother — her only sibling — had been married that the first woman came forward to officially record her testimony. Before that, she had had been intimidated by threats to her as well as her families lives.

“In the case of the second woman, after she was married, her husband had suspected that she was not a virgin and had asked her about circumstances. She had then disclosed to her husband the sordid tale of being raped by her guru,” said Harinder Verma to Outlook, advocate and CBI prosecutor in the rape trial.

Both the women also repeated their allegations while testifying in court.

“He did not submit any proof or medical evidence of this statement. When the incidents happened, he was around 31. Just nine years before that, he had become the head of the dera and already had three daughters and a son. Did he lose his ability to have sexual intercourse by then? And if so, why not submit the proof?” said the CBI prosecutor.

At another time, the Dera chief assumed the defence that the woman from Kurukshetra had written him a letter when leaving the ashram.

“He claimed that the tone of her letter was like that of a daughter writing to a father. Yet again, he was unable to produce any evidence of the letter or the letter itself either during the trial or when the case went up to the High Court and Supreme Court,” said the prosecutor.

Apart from that, he took standard defences saying that there was a delay in lodging the FIR, lack of medical evidence confirming sexual assault, and in previous statements to police, the woman had denied rape.

“The women had responded to this and told the court that they were under pressure of dire consequences. And in the first case, the rape survivor’s brother had been murdered,” pointed out Verma.

Gurmeet Ram Rahim claims to have followers in lakhs in Delhi, Punjab and Haryana — the latter having the highest number of Dera followers. He is said to have wielded sufficient political clout during the elections because of the high number of followers.

At present, the union and state governments have beefed up security in these states ahead of the August 25 judgement. During an earlier appearance in a court of law, the godman had turned up in an entourage of thousands of followers.

In 2014, Punjab and Haryana HC had noted that the Dera should be searched from “time to time to unearth illegal arms and ammunition and monitor its activities…to avoid future bloody confrontation”.

“We took note of shocking internal communication sent by Lt Colonel (Intelligence) as regards the activities of DSS for information and necessary action through Military Major. In the above communication, it has been succinctly stated that some ex-servicemen were engaging themselves in imparting weapons training to the activists of Dera Sacha Sauda at their headquarters at Sirsa,” Justice M Jeyapaul had noted in the order.

There are also other cases, including charges of murder, that have come up against the godman, but this is the first in which trial has ended and a judgement is to be pronounced.

While the final judgement will not only attract interest millions of Indians and others around the world, another godman, Asaram Bapu — who is also being tried on charges of sexually assaulting women and minor followers of his sect — will also be following from the confines of his cell.