The Congress has opposed the bill, tabled in the Assembly today, which seeks to replace the Criminal Laws (Rajasthan Amendment) Ordinance, 2017, promulgated on September 7. 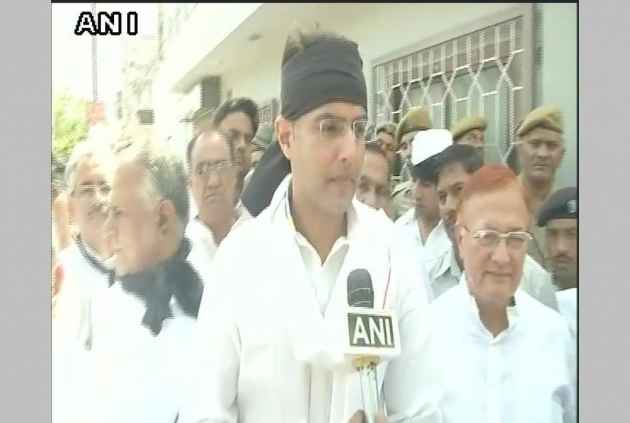 Rajasthan Congress president Sachin Pilot and several party leaders were detained by the police here today soon after they took out a march against the state government's criminal laws amendment bill.

After the Rajasthan Assembly session was adjourned for the day, Congress MLAs and leaders assembled at Jyoti Nagar T-point in the city, from where Pilot was to lead a march to the Raj Bhawan to hand over a representation against the Criminal Laws (Rajasthan Amendment) Bill, 2017.

Soon after the march began, the police detained Pilot and other Congress leaders and took them to the Bajaj Nagar police station.

The Congress has opposed the bill, tabled in the Assembly today, which seeks to replace the Criminal Laws (Rajasthan Amendment) Ordinance, 2017, promulgated on September 7.

The ordinance seeks to protect serving and former judges, magistrates and public servants in the state from being investigated for on-duty action, without its prior sanction.

It also bars the media from reporting on such accusations till the sanction to proceed with the probe is given by the government.