Monday was the last date of withdrawal of nomination for the election of the Congress president which was a one horse race. 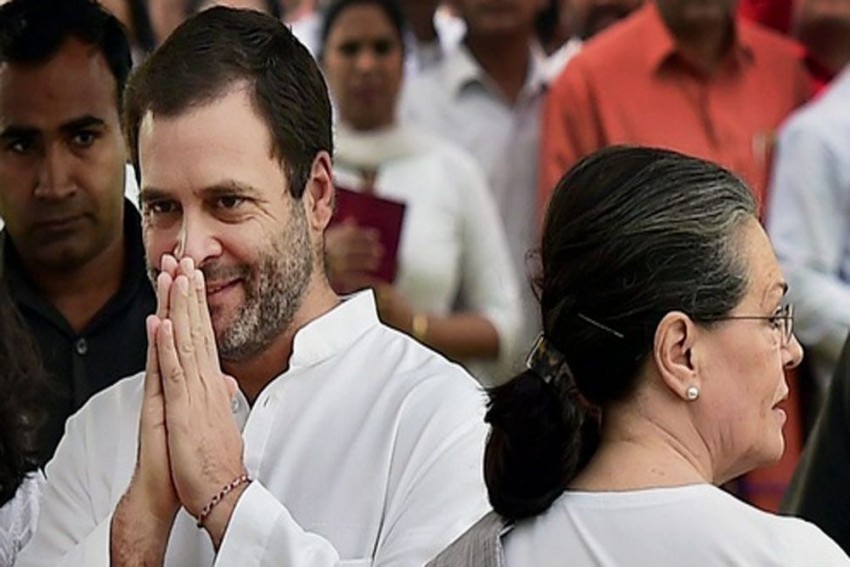 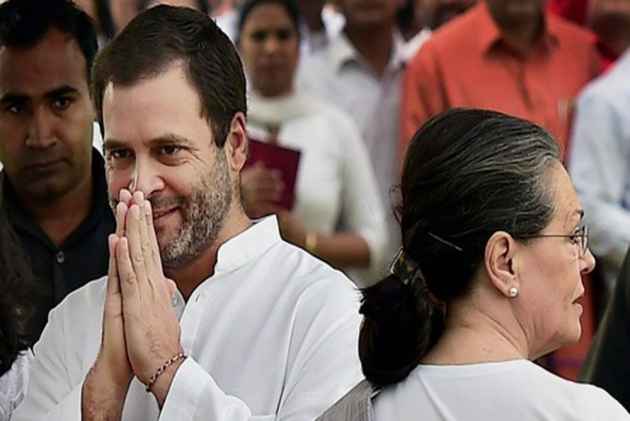 Rahul Gandhi was officially elected Congress president on Monday and is likely to assume the reins of the party on December 16, marking a generational shift in the grand old party when his mother and its longest-serving president would formally hand over the baton to him.

The 47-year-old scion of the Nehru-Gandhi family was the lone candidate in the fray.

Rahul succeeds his mother Sonia Gandhi, who remained in the post for 19 years.

Rahul Gandhi became the vice-president of the party in January 2013.

Today, the party, which once controlled almost the entire country, has its governments in just five states and the Union Territory of Puducherry.

Monday was the last date of withdrawal of nomination for the election of the Congress president which is a one horse race.

Sonia will officially hand over the mantle of the 132-year-old party to her son around 11 am on December 16 after which Rahul will meet leaders from across the country at the Congress's headquarters, party sources said.

The Congress has been losing state after state since the 2014 Lok Sabha election with the exception of Punjab.

Rahul's elevation would come just two days ahead of the counting of votes for the Gujarat and Himachal Pradesh Assembly poll.

A sure-footed Rahul powered a spirited campaign for the Congress in Gujarat, and a win in the election, which many analysts say could be dead heat between the two parties, would come as a massive boost for him.

"Delivering in Gujarat will be important as it is the immediate test facing Rahul, who has mounted a strong anti-BJP campaign in the state and led personally from the front. We are looking at victory in Gujarat," said a Congress leader and former chief minister.

Mahila Congress chief and party spokesperson Sushmita Dev said reorganising the party would be another major task for him.

"Every post comes with a challenge. He has to rebuild the party at the grassroots and strengthen the ideological base. His undisputed election as party president is a sign of his strength. He will have to take everyone along from the AICC level right up to the states," she told PTI.

Striking a balance between the old guard and the young leaders would be a key to running the organisation which has many seasoned politicians whose wisdom he could use as he steers the party.

Rahul had said in the past that he would draw upon a blend of experience of the old and the energy of the young.

"Initial signs are encouraging since he put veterans like Ashok Gehlot and Sushil Kumar Shinde in charge of elections in Gujarat and Himachal Pradesh respectively and was willing to bank on them," said a leader. He also got appointed young leaders as secretaries.

Clarity on the party's ideological stand on the issue of Hindutva would also be important as he is being seen as projecting the Congress's soft Hindutva with his visit to temples in Gujarat. He has also proclaimed himself a "Shiv bhakt".

These visits are also being seen as an attempt to blunt the BJP's accusation against the party of Muslim appeasement.

"This is to course-correct after it was felt that an overtly pro-minority image of the Congress undermined its electoral prospects on the eve of 2014 Lok Sabha elections," a party veteran noted, adding cobbling together electoral alliances will also be key to the future growth of the party.

Another former union minister said every state had its own set of challenges and Rahul would be expected to take informed decisions in each by taking everyone along.

Rahul has already been taking all major decisions in the party even though his formal elevation was delayed due to a long-drawn internal election process.

The deadline set by the Election Commission for conclusion of the organisational elections in the Congress expires on December 31.

Organisational elections in the Congress were due in 2015. The party constitution provides for elections to be held every five years. The last such polls were held in 2010.

Rahul, who was initially hesitant about taking over the reins from Sonia Gandhi, who held the party’s top post for 19 years, will be the sixth member and fifth generation leader of the Nehru-Gandhi clan to occupy the post. These include Motilal Nehru, Jawaharlal Nehru, Indira Gandhi, Rajiv Gandhi, Sonia and now Rahul.

Ahmedabad Police Deny Permission To Modi, Rahul For Road Shows In The City