Advocate Sharma has sought registration of FIR against high functionaries of the government under sections 409 (Criminal breach of trust by public servant), 420 (cheating) and 120-B (criminal conspiracy) of IPC. 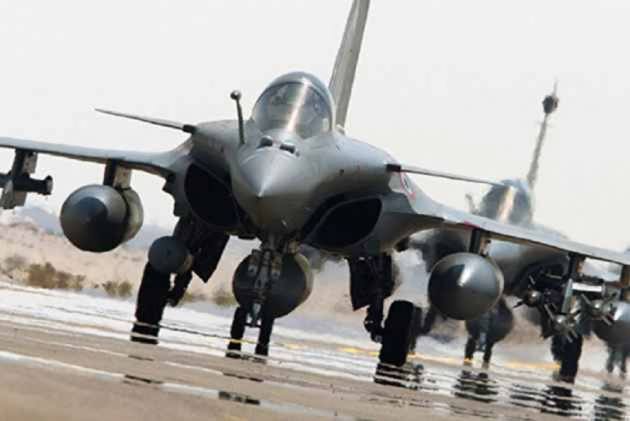 Advocate M L Sharma, who had filed the petition in the Supreme Court asking the Centre to provide details of the decision making process in the Rafale deal, approached CBI on Friday to register an FIR in the fighter jet deal.

In his complaint before the CBI, advocate  Sharma has sought registration of FIR against high functionaries of the government under sections 409 (Criminal breach of trust by public servant), 420 (cheating) and 120-B (criminal conspiracy) of the Indian Penal Code and Prevention of Corruption Act.

The court had earlier, while seeking the report in sealed cover, had clarified that it does not want information on pricing and technical particulars.

India signed an agreement with France for the purchase of 36 Rafale fighter aircraft in a fly-away condition as part of the upgrading process of the Indian Air Force equipment. The Rafale fighter is a twin-engine Medium Multi Role Combat Aircraft (MMRCA) manufactured by French aerospace company Dassault Aviation.

In 2001,the Indian Air Force (IAF) first approached the government for 126 fighters to fill the gap bet­ween the Light Combat Aircraft (LCA) and the Su-30 MKI. The deal led to inviting aviation companies for bidding in the deal. (Read full story)