Home  »  Website  »  Poshan  »  The Verdict Is Out From The Gods Of Nutrition: State of Food Security and Nutrition in the World, 2019

The Verdict Is Out From The Gods Of Nutrition: State of Food Security and Nutrition in the World, 2019

Technology is on a dizzy high, but the economy is not. Conflicts are displacing people, while climate change is upsetting the way we eat, what and how. All these have led to new nutrition and health challenges. The FAO, IFAD, UNICEF, WFP and the WHO have once again joined hands to bring out a seminal report. In a three-part series, we bring you their vision, the key take-outs and a comparison between India and China. 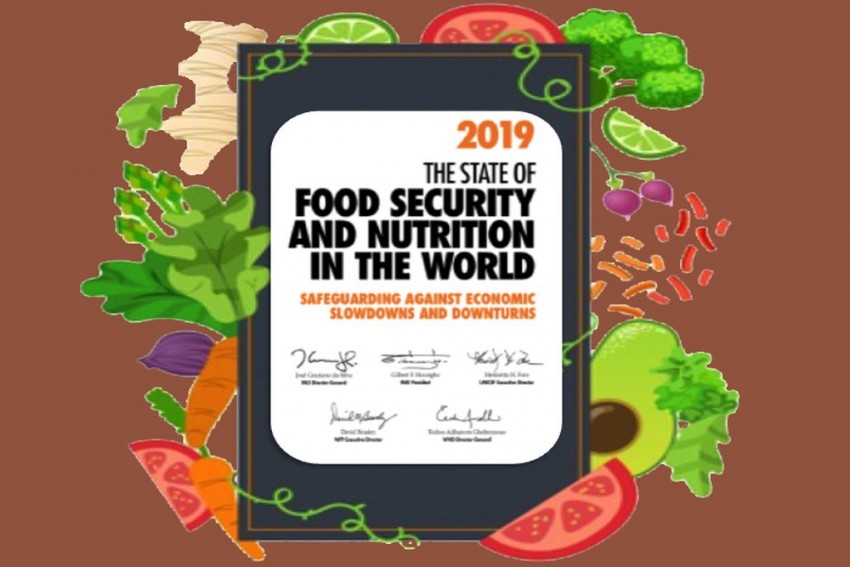 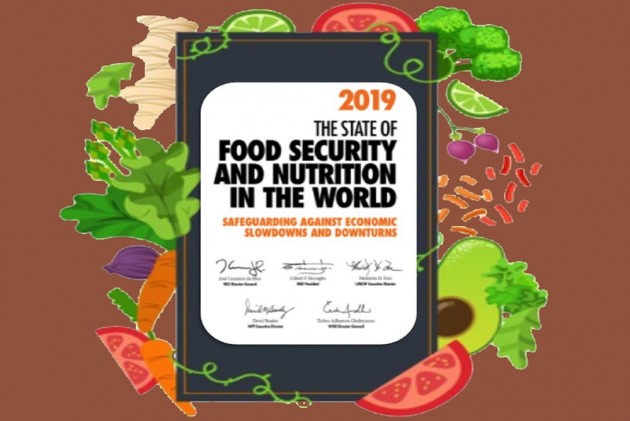 The verdict is out from the gods of nutrition. The Food and Agriculture Organization of the United Nations (FAO), the International Fund for Agricultural Development (IFAD), the United Nations Children’s Fund (UNICEF), the World Food Programme (WFP), and the World Health Organization (WHO), have once again joined hands to bring out the third edition of the “State of Food Security and Nutrition in the World, 2019”. In a three-part series, we bring to you their vision, the key take-outs and a comparison between India and China—on ending hunger, achieving food security, improving nutrition and the key challenges facing the world. 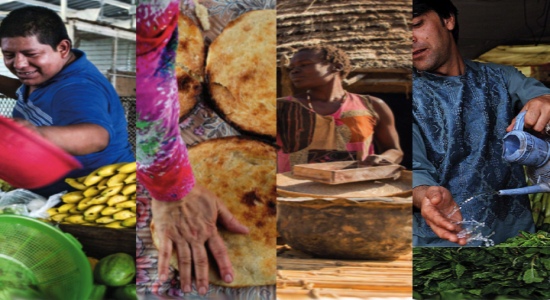 The world population has grown steadily, with most people now living in urban areas. Technology has evolved at a dizzying pace, while the economy has become increasingly interconnected and globalized. Many countries, however, have not witnessed sustained growth as part of this new economy. The world economy as a whole is not growing as much as expected. Conflict and instability have increased and become more intractable, spurring greater population displacement. Climate change and increasing climate variability and extremes are affecting agricultural productivity, food production and natural resources, with impacts on food systems and rural livelihoods, including a decline in the number of farmers. All of this has led to major shifts in the way in which food is produced, distributed and consumed worldwide – and to new food security, nutrition and health challenges.

This is the third year that we have jointly produced The State of Food Security and Nutrition in the World. It reaffirms our commitment to working together to overcome these emerging challenges and free the world from hunger, food insecurity and malnutrition.

Recent editions of the report showed that the decline in hunger the world had enjoyed for over a decade was at an end, and that hunger was again on the rise. This year, the report shows that the global level of the prevalence of undernourishment has stabilized; however, the absolute number of undernourished people continues to increase, albeit slowly.

More than 820 million people in the world are still hungry today, underscoring the immense challenge of achieving the Zero Hunger target by 2030. Hunger is rising in almost all subregions of Africa and, to a lesser extent, in Latin America and Western Asia. We welcome the great progress seen in Southern Asia in the last five years, but the prevalence of undernourishment in this subregion is still the highest in Asia.

Another disturbing fact is that about 2 billion people in the world experience moderate or severe food insecurity. The lack of regular access to nutritious and sufficient food that these people experience puts them at greater risk of malnutrition and poor health. Although primarily concentrated in low- and middle-income countries, moderate or severe food insecurity also affects 8 percent of the population in Northern America and Europe. In every continent, the prevalence rate is slightly higher among women than men.

With regard to nutrition indicators, we are faring no better. If current trends continue, we will meet neither the 2030 SDG Target to halve the number of stunted children nor the 2025 World Health Assembly target to reduce the prevalence of low birthweight by 30 percent. This year’s report warns that one in seven live births (20.5 million babies born globally) was characterized by low birthweight in 2015 – many of these low birthweight babies were born to adolescent mothers.

The trends of overweight and obesity give us additional reason for concern, as they continue to rise in all regions, particularly among school-age children and adults. The most recent data show that obesity is contributing to 4 million deaths globally and is increasing the risk of morbidity for people in all age groups. Our actions to tackle these troubling trends will have to be bolder, not only in scale but also in terms of multisectoral collaboration, involving the agriculture, food, health, water and sanitation, education, and other relevant sectors; and in different policy domains, including social protection, development planning and economic policy.

As we seek solutions, we must keep in mind the fragile state of the world economy. Since the sharp 2008–2009 global economic downturn, there has been an uneven pace of recovery in many countries, and the global economic outlook is darkening again.

This year, importantly, the report notes that hunger has been increasing in many countries where economic growth is lagging. Strikingly, the majority of these countries are not low-income countries, but middle-income countries and countries that rely heavily on international trade of primary commodities. Economic shocks are also prolonging and worsening the severity of acute food insecurity in food crisis contexts. Left unattended, these trends may have very unwelcome implications for malnutrition in all its forms. Moreover, we see that economic slowdowns and downturns disproportionally challenge food security and nutrition where inequalities in the distribution of income and other resources are profound.

We must recognize the importance of safeguarding food security and nutrition in times of economic difficulty. We must invest wisely during periods of economic booms to reduce economic vulnerability, and build capacity to withstand and quickly recover when economic turmoil erupts. We must foster pro-poor and inclusive structural transformation focusing on people and placing communities at the centre to reduce economic vulnerabilities and set ourselves on track to ending hunger, food insecurity and all forms of malnutrition while “leaving no one behind”.

This will require accelerated and aligned actions from all stakeholders and countries, including tireless and more integrated support from the United Nations and the international community to countries in support of their development priorities, through multilateral agreements and means of implementation, so that countries can embark on a pro-poor and inclusive path to transformation in a people-centred way to free the world from poverty, inequalities, hunger, food insecurity and malnutrition in all its forms.

WEEKEND READ: DARE EAT THAT-A Guide To Bizarre Foods From Around The World