Defence, security issues were discussed in the meeting. 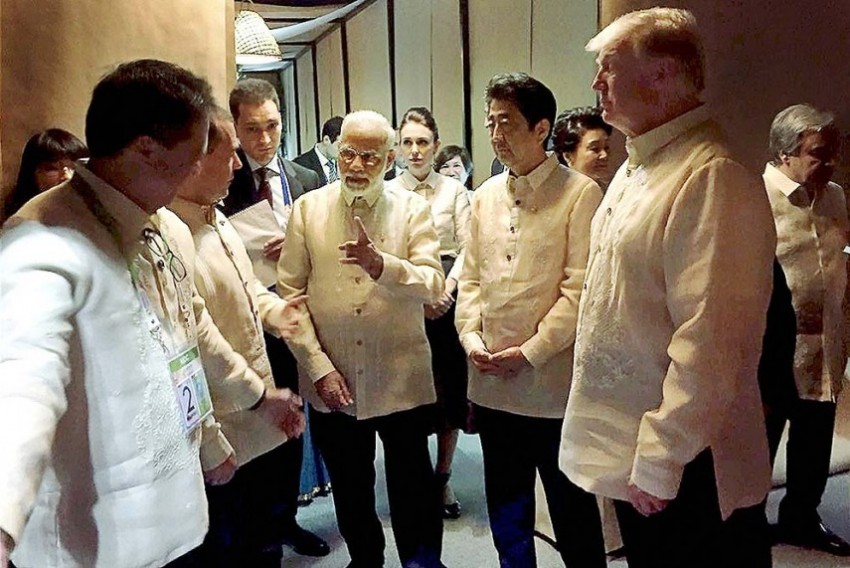 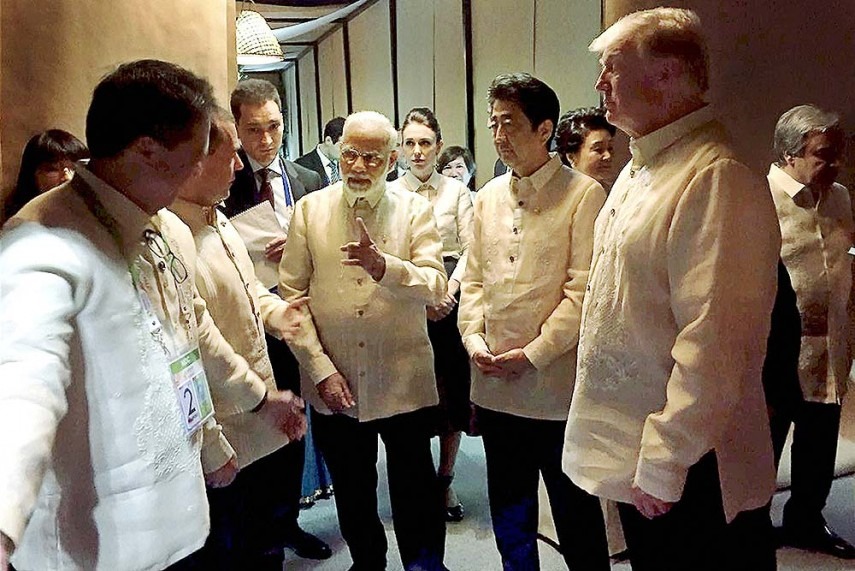 Prime Minister Narendra Modi on Monday held bilateral talks with the US president Donald Trump on the sidelines of the ongoing ASEAN summit in Philippines.

The meeting in the Philippines capital came a day after officials of India, the US, Japan and Australia held talks to give shape to the much talked about quadrilateral alliance to keep the strategically important Indo-Pacific region free, open and inclusive.

The two leaders are understood to have discussed the security scenario in the region besides several other issues of mutual interests, including ways to further boost bilateral trade.

The move to set up the quadrilateral alliance comes in the backdrop of growing Chinese assertiveness in the South China Sea. The US has been favouring a larger role for India in the strategically important Indo-Pacific region.

The use of the term "Indo-Pacific" by President Trump has led to speculation that it may have something to do with Washington preparing the ground for a revival of the so called quadrilateral strategic alliance between the US, Japan, Australia and India to counter China's rise.

Trump on Saturday praised India's "astounding" growth after it opened up its economy and also lauded Modi, saying he has been working successfully to bring the vast country and its people together.

Speaking at a gathering of CEOs on the sidelines of the annual Asia-Pacific Economic Cooperation (APEC) summit in the Vietnamese city of Danang, President Trump had cited India as one of the countries in the Indo-Pacific region making strides.

He praised India as a sovereign democracy with a population of over 1 billion as well as the largest democracy in the world.