Outlook captures some of the best moments from the Fourth International Yoga Day celebration at Dehradun. 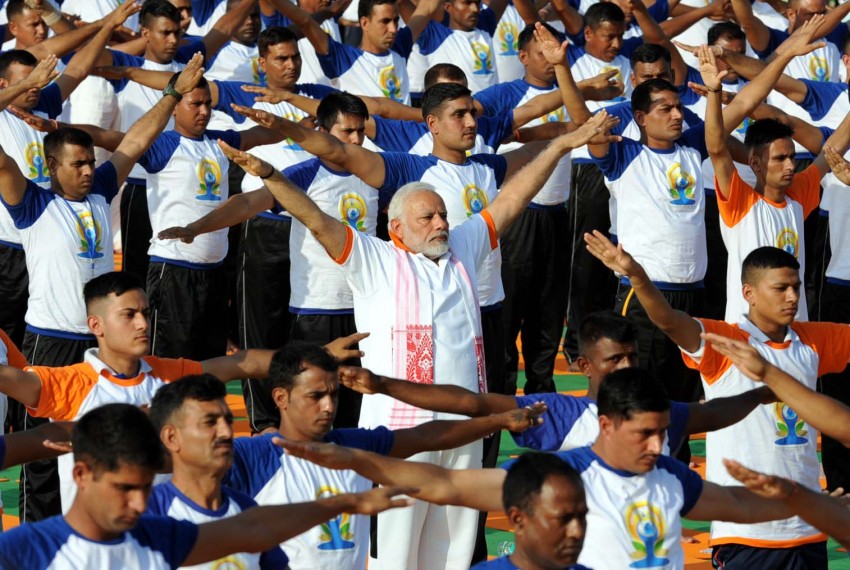 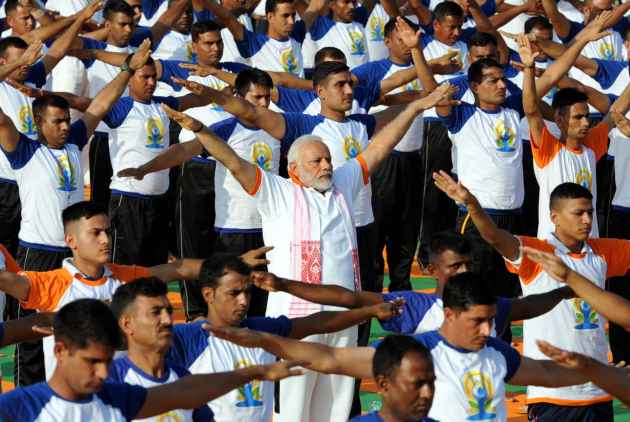 In its fourth edition on Thursday, the International Yoga Day's national event held at Dehradun was decked up with over 50,000 people performing yoga with the Prime Minister.

Outlook captures some of the best moments from main event held at the iconic British-era building of Forest Research Institute Campus at Dehradun. 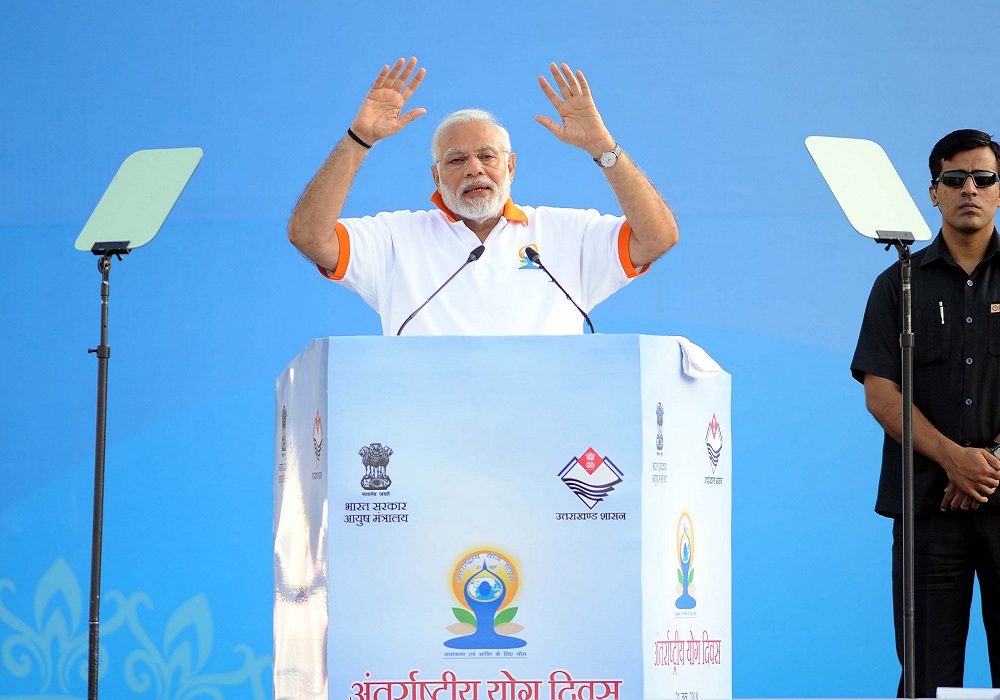 Prime Minister Narendra Modi said Yoga has become one of the biggest mass movements in the quest for good health and wellbeing.

"Yoga has emereged as the biggest unifying force in the world," he said. 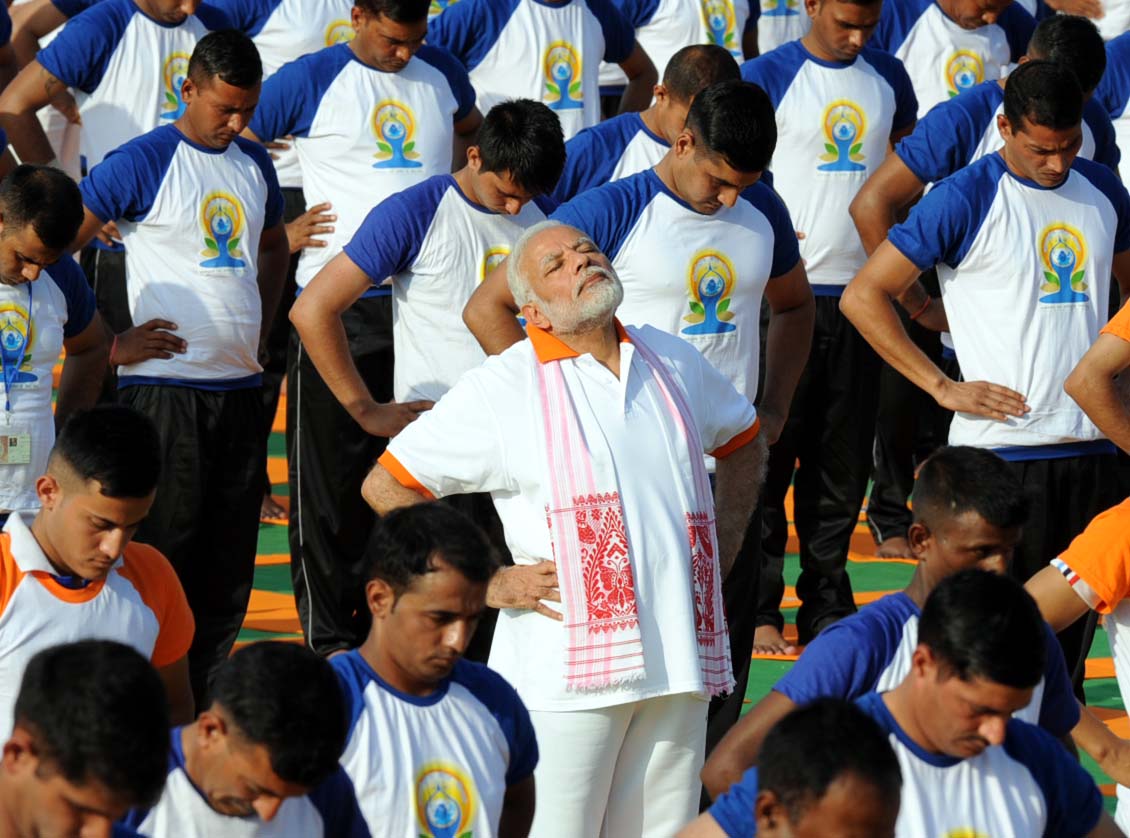 Wearing a white t-shirt and a pair of white trousers, PM Modi performed breathing exercises and yoga asanas with thousands and thousands of yoga enthusiasts. 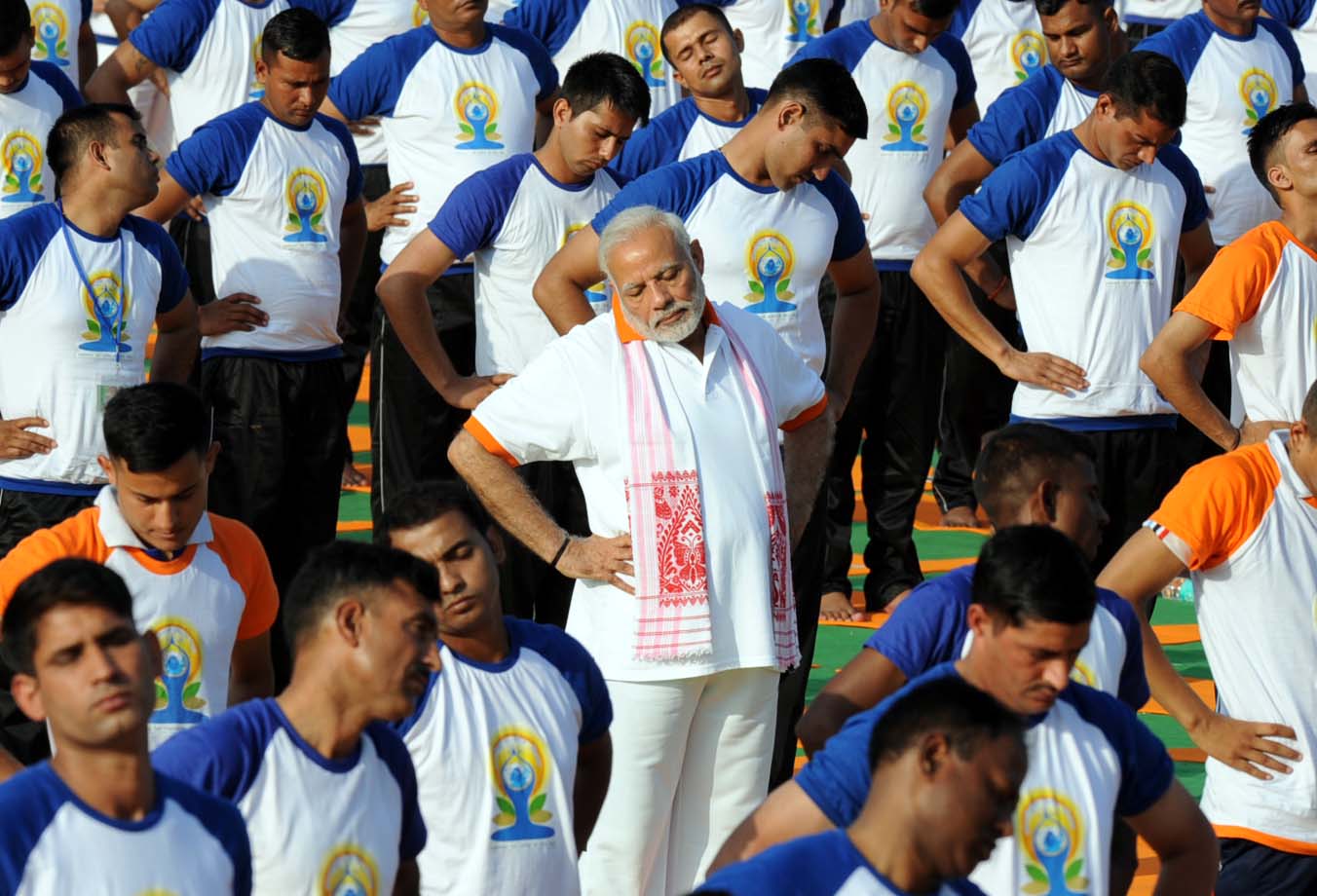 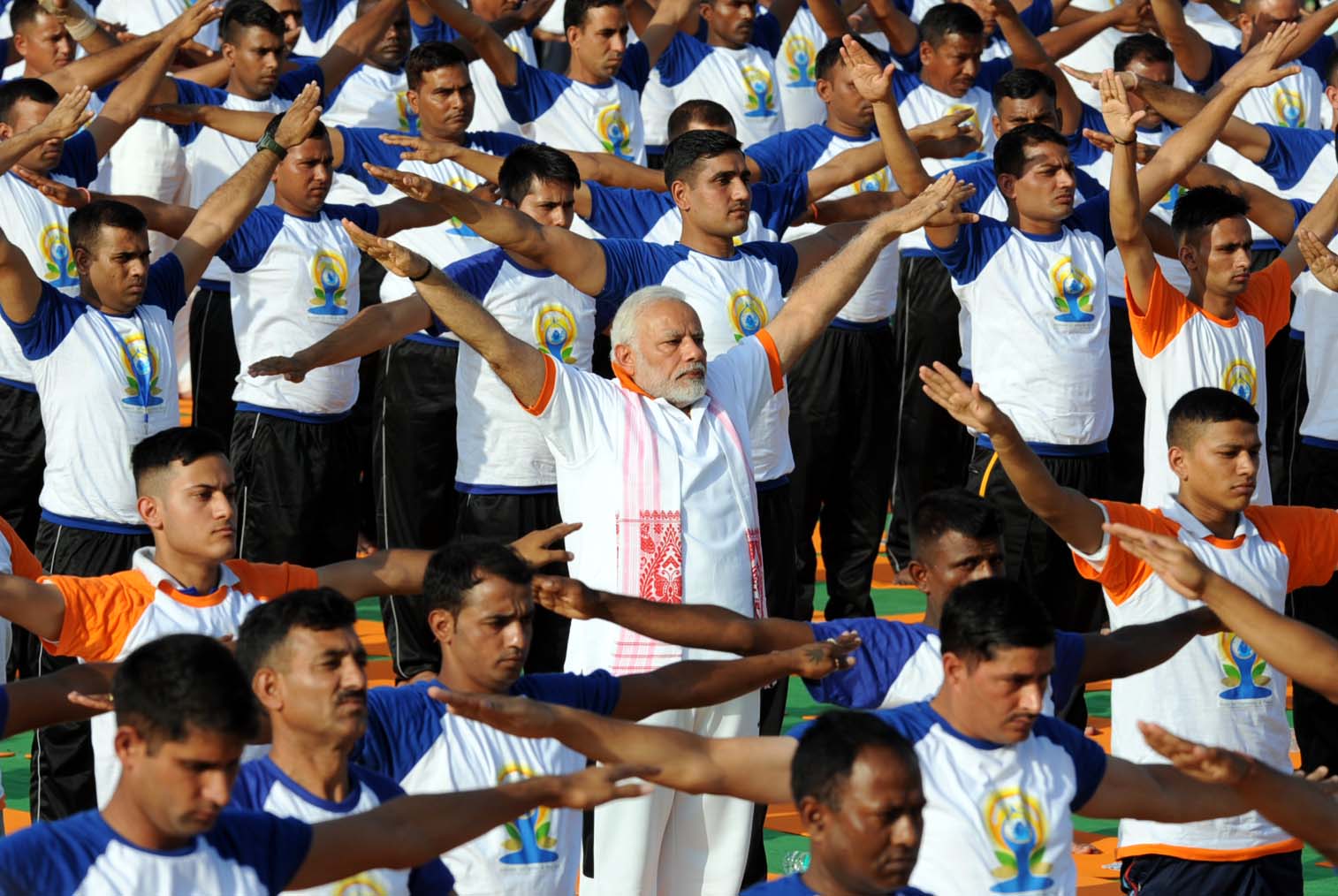 PM Modi also said that "Yoga is beautiful because it is ancient yet modern, it is constant yet evolving". 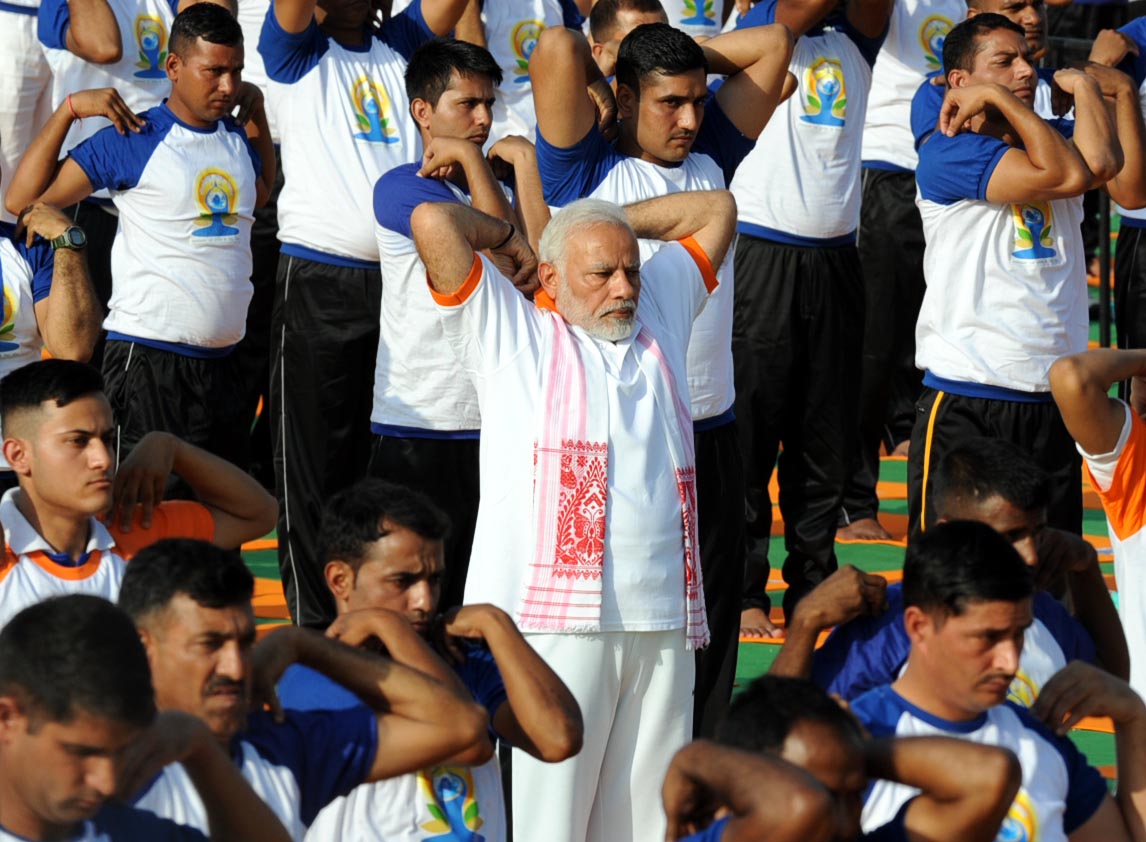 "India's legacy of which yoga is a significant part is unique and rich. We must take pride in it," the prime minister said, adding that it has the power to promote universal bortherhood as it unites and assimilates instead of dividing.

"If we don't take pride in our own legacy and heritage no one else will. We should not hesitate in honouring the gems of our own heritage," he added. 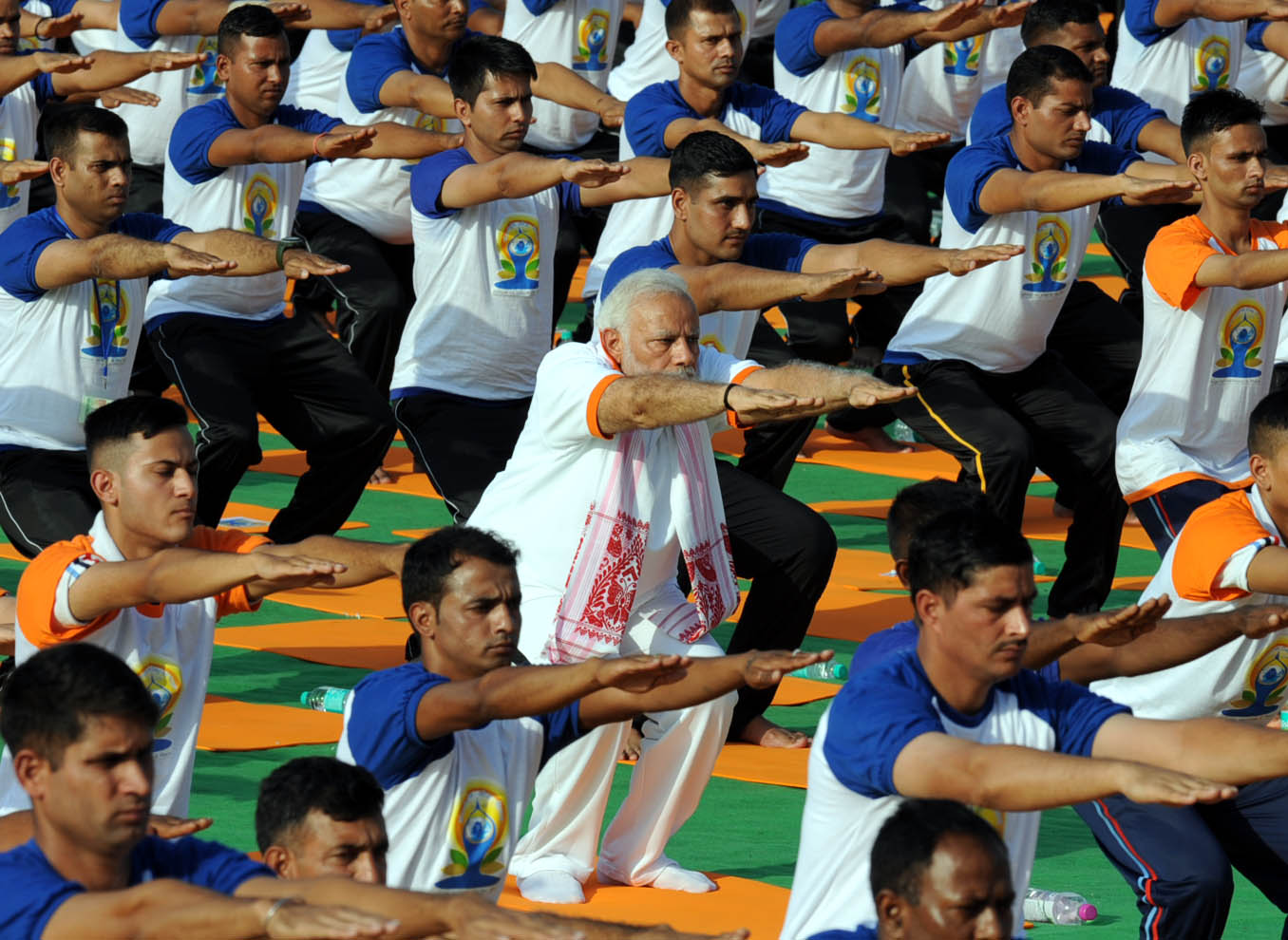 Addressing the large gathering at FRI, Modi said yoga has shown the world the way from "illness to wellness" and enriching lives across the globe. 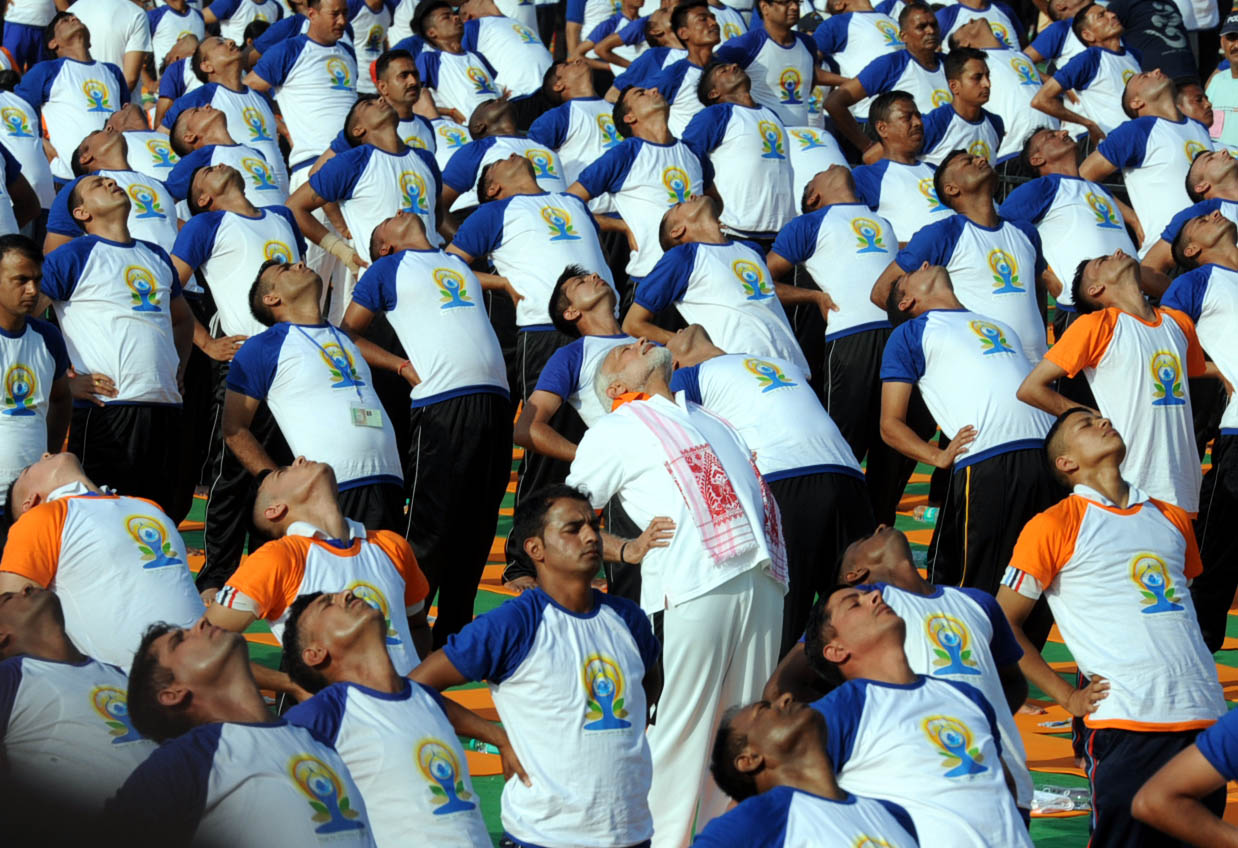 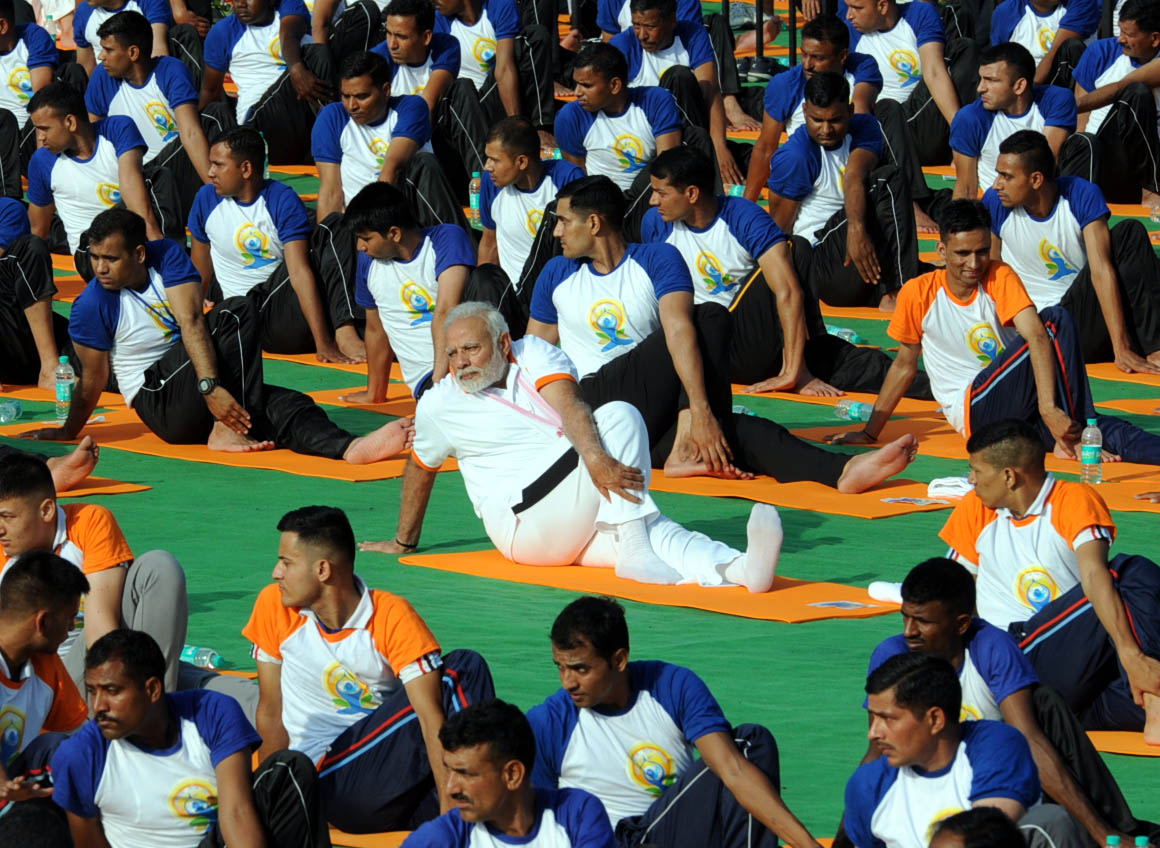 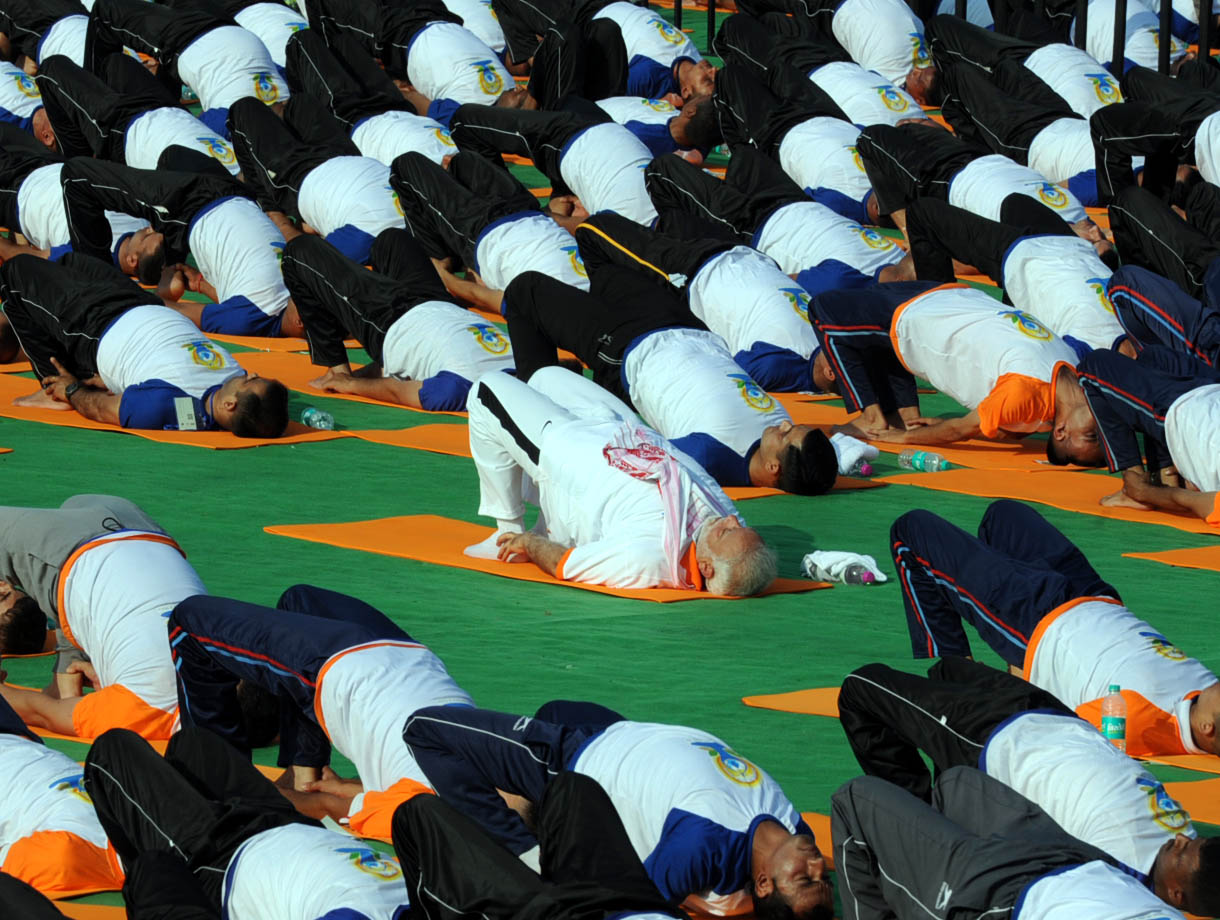 PM Modi said, "From Dehradun to Dublin, from Shanghai to Chicago, from Jakarta to Johannesburg, Yoga is everywhere". 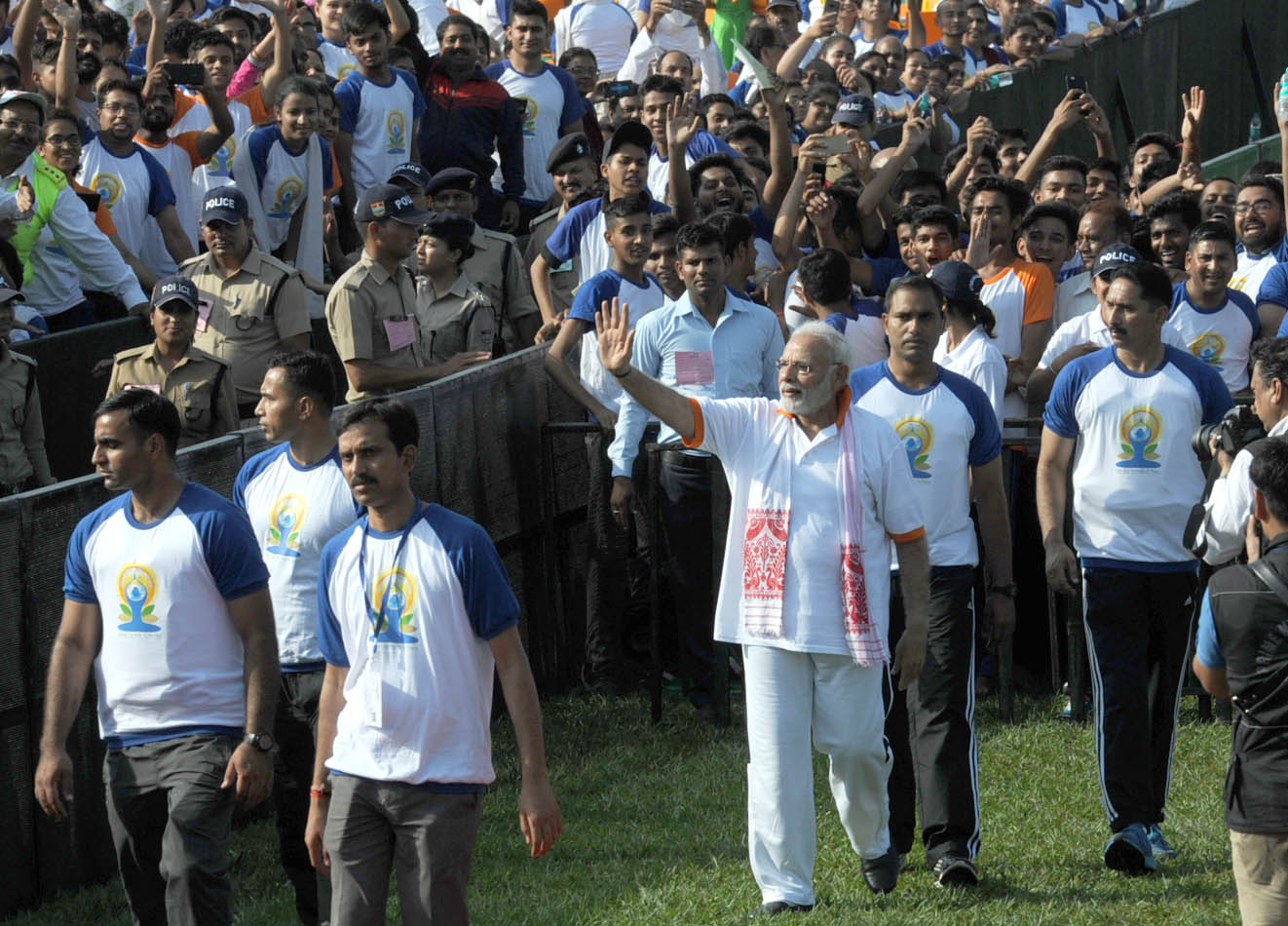 Elaborate security arrangements were made and nearly 3,000 security personnel deployed in and around the venue.
The prime minister had earlier participated in yoga celebrations at Rajpath in New Delhi in 2015, the Capitol Complex in Chandigarh in 2016, and the Ramabai Ambedkar Sabha Sthal in Lucknow in 2017.
On Wednesday, while greeting yoga enthusiasts across the world, the prime minister had said that this exercise is one of the most precious gifts given by the ancient Indian sages to humankind.
“Yoga is not just a set of exercises that keeps the body fit. It is a passport to health assurance, a key to fitness and wellness. Nor is Yoga only what you practice in the morning. Doing your day-to-day activities with diligence and complete awareness is a form of Yoga as well," he said.