PDP’s Decision To Enter Into Alliance With BJP Was Like Consuming 'A Cup Of Poison': Mehbooba Mufti

Mehbooba said after the death of her father, she was not interested in continuing with the coalition. 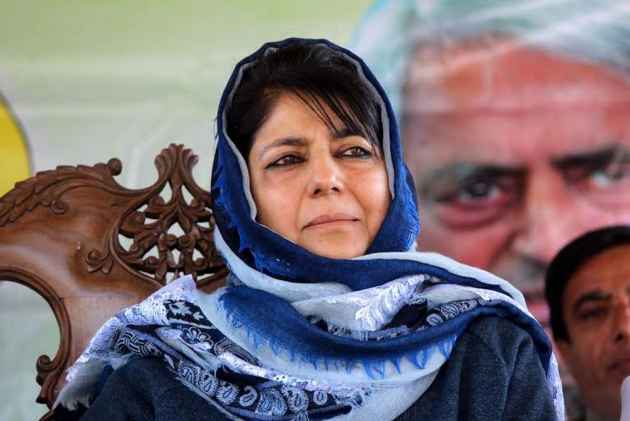 Former J&K chief minister Mehbooba Mufti on Saturday said the PDP’s decision to enter into an alliance with the BJP was like consuming “a cup of poison”.

Speaking for the first time to her party workers after the break-up of the coalition government in the state, the PDP leader said Prime Minister Narendra Modi should respond to Pakistan’s likely premier Imran Khan’s overture of peace and dialogue.

Mehbooba, however, said her father, Mufti Mohammad Sayeed, had joined hands with the BJP for peace and stability of Jammu and Kashmir. She insisted that her father didn’t form the government with the BJP for not only building roads and providing electricity to the people of J&K.

“Such things happen even under the governor’s rule,” she said while speaking at Sheri Kashmir Stadium in Srinagar on PDP’s foundation day.

Indicating that the PDP’s alliance with the BJP was not her decision, Mehbooba said after the death of her father, she was not interested in continuing with the coalition.

Mehbooba said her father believed that Kashmir could bridge the gap between India and Pakistan. She added that it was her dream that both the countries entered into a dialogue as Kashmir is the worst sufferer of their animosity.

She said in her tenure as a CM, her party didn’t allow anyone to dilute the special status of Jammu and Kashmir.

Speaking on the unrest and the use of pellet bullets by security forces during her government in 2016 that claimed the lives of around 90 civilians, she said when the pellets were being fired she felt as if they were hitting her body.

Mehbooba said Jammu and Kashmir has remained the biggest challenge for every prime minister of the country, and if Modi takes steps towards peace and dialogue, his name would be written in golden letters in the annals of history.