Thakur, campaigning for the district council polls, said the Modi government had empowered the people. 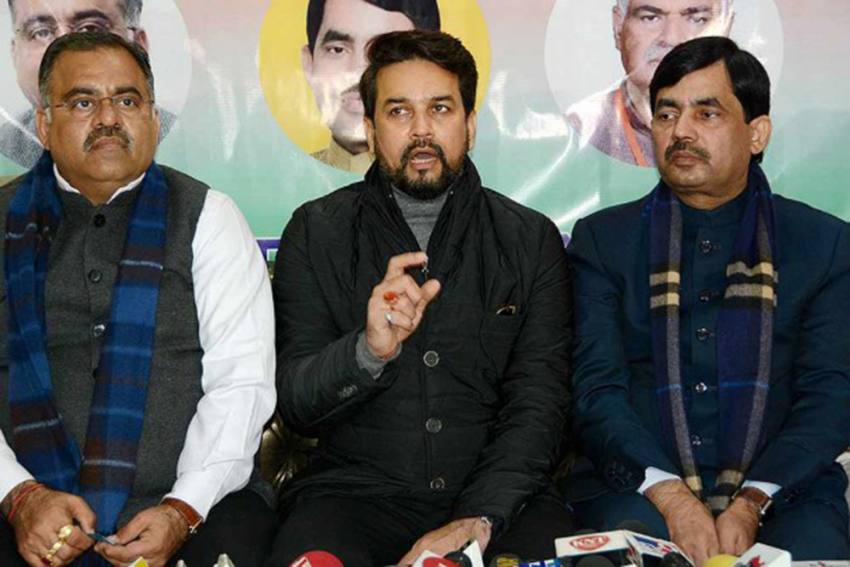 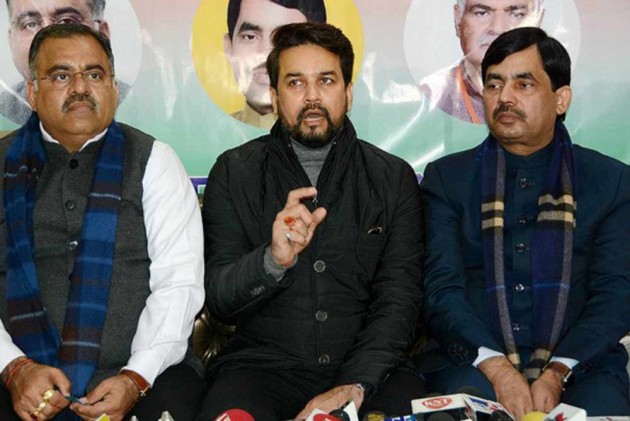 Union Minister of State for Finance and Corporate Affairs Anurag Singh Thakur on Saturday accused the PDP and NC leadership of exploiting Jammu and Kashmir’s resources,  and said they were responsible for the region not having witnessed any development till now.

However, the region is now witnessing drastic changes, and the Narendra Modi-led regime at the Centre was instrumental in uplifting many sections of the society,  he said. The BJP government had provided an insurance of Rs 5 lakhs to all,  and made sure that no one in the newly-carved Union Territory starved during the Covid-19 induced lockdown, he said.

Addressing a public gathering in Kashmir’s Budgam district, Thakur, who is also in-charge for the BJP's district development council (DDC) poll campaign,  said the DDC polls and panchayat elections will empower the people of Jammu and Kashmir, and all those who are misleading the masses regarding Articles 370 and 35 A are living in a fool’s paradise.

The region’s budget will now be finalised by the DDC administrators, who will strive for ushering in development in their respective constituencies, he said.

“The Modi government has empowered the common man, here. They were suppressed for the past 70 years because the three-tier administration system did not work well in J&K,” Thakur said in an apparent reference to Article 370.

"Some elements in the society tried to spark fear among the masses. They said that if locals come out to vote during the DDC polls, they will be struck by bullets and grenades. But the electorate here was able to see through them and sent a clear message to the world that they do believe in India’s democracy,” Thakur said, adding that the locals want progress and peace in the region and are against any kind of violence.

“People want young leaders and have rejected the traditional, dynastic politics being practiced by the Muftis and Abdullahs as they have exploited Jammu and Kashmir from the past 70 years,” he said. “Despite ruling Jammu and Kashmir for more than 70 years, the Gupkar-gang leaders could not develop basic amenities. Even in the 21st century, our mothers and daughters have to travel for kms on end in search of drinking water, The previous governments also neglected issues of education, electricity and health care."  The people of the Valley will be provided with clean water and an upgraded electricity infrastructure within the next four years, he pledged.

Meanwhile, senior BJP leader Shahnawaz Hussain said that the BJP is committed to ushering in development in the region and added that the Gupkar Alliance has created a sense of mistrust among the people for the Centre.