The inimitable press council chairman appeals to the governor of Maharashtra to pardon Sanjay Dutt under Article 161 of the Constitution, listing bizarre reasons for clemency 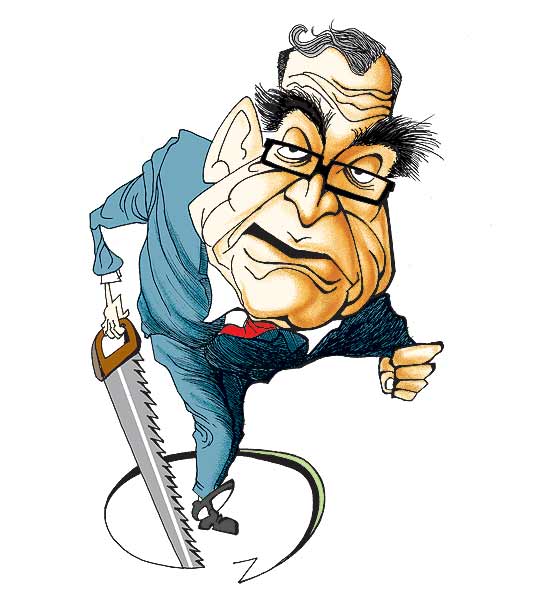 An appeal to His Excellency the Governor of Maharashtra to pardon Sanjay Dutt under Article 161 of the Constitution. Through the Hon’ble Chief Minister of Maharashtra

The media has reported today that Sanjay Dutt has been awarded 5 years imprisonment by the Supreme Court. I appeal to you to pardon him under Article 161 of the Constitution for the following reasons:

(i) The Supreme Court, having found that Sanjay Dutt had in his possession a prohibited weapon without a licence, awarded him the minimum imprisonment which was prescribed under law. Section 25 (1(A) of the Arms Act states that if a person has in his possession a prohibited weapon without a licence he shall be awarded punishment of not less than 5 years imprisonment and not more than 10 years. Having found Sanjay Dutt in possession of a prohibited weapon, which is defined in Section 2 (1) (i) of the Arms Act as an automatic weapon which keeps firing until release of the pressure on the trigger, the Supreme Court awarded him 5 years imprisonment. However, there is power in the Court under Section 4 of the Probation of Offenders Act, 1958 to release the person under these circumstances of the case on furnishing a bond.

For example in the case of Commander Nanavati who was held guilty of murder, the Governor gave him pardon although the minimum sentence for murder is life sentence.

In the case of Sanjay Dut, the Supreme Court has not found him guilty for the 1993 bomb blasts, but only found him guilty of having in his possession a prohibited weapon without licence. Surely, this is a lesser offence than murder. When the Governor of Maharashtra granted pardon to Nanavati, surely he can grant pardon to Sanjay.

No doubt Sanjay Dutt committed an offence by having a prohibited weapon without licence, but in my opinion there are extenuating circumstance:

In these circumstances I respectfully appeal to your Excellency to pardon Sanjay Dutt and set him free.

I am reminded of the famous speech of Portia in Shakespeare’s ‘Merchant of Venice’ that justice should be tempered with mercy.

'Even With Tears In My Eyes'