International Pak Should Arrest, Charge Hafiz Saeed, Says US A Day After His Release

Pak Should Arrest, Charge Hafiz Saeed, Says US A Day After His Release

The JuD leader, who has a USD 10 million American bounty on his head for terror activities, walked free after his 10- month detention 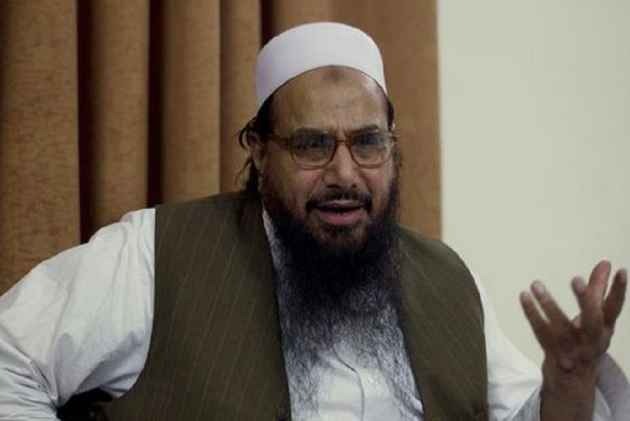 The US today asked the Pakistan government to make sure that Hafiz Saeed is arrested and charged for his crimes, following the release of the 26/11 mastermind and JuD chief from house arrest.

Pakistan today freed Saeed, the LeT founder, who immediately launched his anti-India rhetoric and vowed to mobilise people for the "cause of Kashmir".

"The United States is deeply concerned that Lashkar-e- Taiba (LeT) leader Hafiz Saeed has been released from house arrest in Pakistan. LeT is a designated Foreign Terrorist Organisation responsible for the death of hundreds of innocent civilians in terrorist attacks, including a number of American citizens," state department spokesperson Heather Nauert said.

"The Pakistani government should make sure that he is arrested and charged for his crimes," Nauert said in a statement after the release of the Jamaat-ud-Dawah chief.

The JuD leader, who has a USD 10 million American bounty on his head for terror activities, walked free after his 10- month detention as the Pakistan government decided against detaining him further in any other case, in a setback to India's efforts to bring to justice the perpetrators of the Mumbai terror attack.

In May 2008, the US Department of the Treasury had designated Saeed as a Specially Designated Global Terrorist under Executive Order 13224.

Saeed was also individually designated by the UN under the UN Security Council Resolution 1267 in December, 2008 following the November 2008 Mumbai attack in which 166 people, including six American citizens, were killed, Nauert said.

LeT and several of its front organisations, leaders, and operatives remain under both state department and Treasury department sanctions.

Since 2012, the US has offered a USD 10 million reward for information that brings Saeed to justice, she said.