A larger number of bad loans were originated in the period 2006-2008 when economic growth was strong, says Rajan. 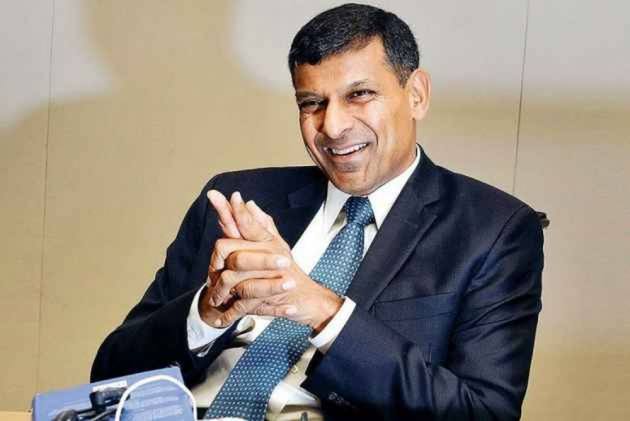 In a note to Chairman of Estimates Committee Murli Manohar Joshi, he said: "A variety of governance problems such as the suspect allocation of coal mines coupled with the fear of investigation slowed down government decision making in Delhi, both in the UPA and the subsequent NDA governments".

Project cost overruns escalated for stalled projects and they became increasingly unable to service debt, he said, adding the continuing travails of the stranded power plants, even though India is short of power, suggests government decision making has not picked up sufficient pace to date.

He further said a larger number of bad loans were originated in the period 2006-2008 when economic growth was strong, and previous infrastructure projects such as power plants had been completed on time and within budget.

"It is at such times that banks make mistakes. They extrapolate past growth and performance to the future. So, they are willing to accept higher leverage in projects, and less promoter equity. Indeed, sometimes banks signed up to lend based on project reports by the promoter's investment bank, without doing their own due diligence," he said.

Citing an example, he said "one promoter told me about how he was pursued then by banks waving chequebooks, asking him to name the amount he wanted".

This is the historic phenomenon of irrational exuberance, common across countries at such a phase in the cycle, he said.

Unfortunately, he said, that growth does not always take place as expected and the years of strong global growth before the global financial crisis were followed by a slowdown, which extended even to India, showing how much more integrated the country had become with the world.

Strong demand projections for various projects were shown to be increasingly unrealistic as domestic demand slowed down, he said.

He also pointed to loss of promoter and banker interest for rise in NPAs.

Over malfeasance and corruption in the NPA problem, he said, "Undoubtedly, there was some, but it is hard to tell banker exuberance, incompetence, and corruption apart".

"Clearly, bankers were overconfident and probably did too little due diligence for some of these loans. Many did no independent analysis, and placed excessive reliance on SBI Caps and IDBI to do the necessary due diligence. Such outsourcing of analysis is a weakness in the system, and multiplies the possibilities for undue influence," the note said.

On steps required to prevent recurrence rising non-performing assets  (NPAs), Rajan suggested that there is need for improving governance of public sector banks and process of project evaluation and monitoring to lower the risk of project NPAs.

Besides, he also made a case for strengthening the recovery process and distance public sector banks from the government.

The Parliament's Committee on Estimates had invited Rajan to brief it on the matter after former Chief Economic Advisor (CEA) Arvind Subramanian praised him for identifying the NPA crisis and trying to resolve it.

Rajan, who was RBI governor for three years till September 2016, is currently the Katherine Dusak Miller Distinguished Service Professor of Finance at Chicago Booth School of Business.