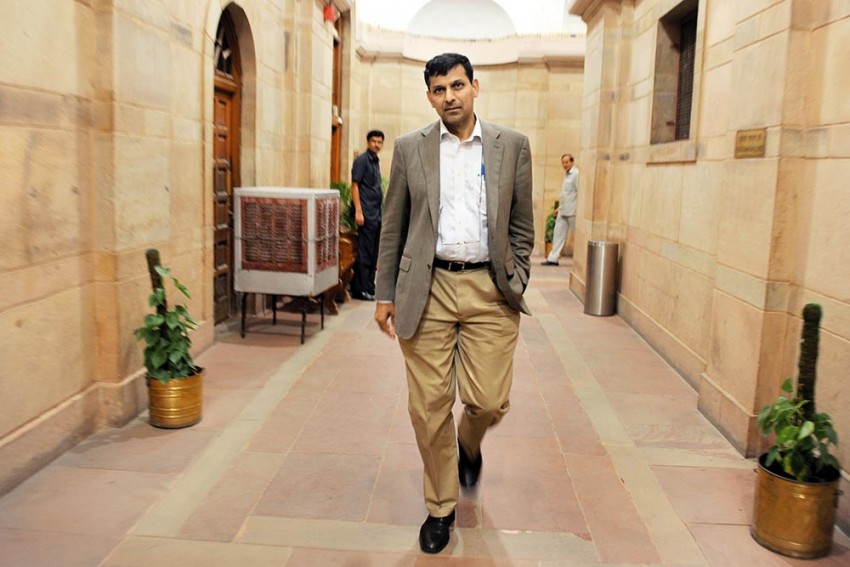 Like many of his predecessors, Raghuram Govind Rajan entered the office of the governor of the Reserve Bank of India (RBI) on Mint Road in Mumbai after a short stint in North Block, headquarters of the Union finance ministry. But unlike many of them, Rajan, during his three-year tenure, restructured the country’s monetary policy framework in a manner that is truly unprecedented. Monetary policy making in India after Rajan has not been the same again.

History will record Rajan as the last RBI governor who individually made monetary policy, though in consultation with coll­­eagues, and paved the way for giving up that power. In his very first statement after assuming charge as the RBI governor, Rajan announced his plan to have a committee that would reco­m­mend steps to revise and strengthen the monetary policy framework. By the time Rajan left the RBI and his deputy governor Urjit R. Patel succeeded him, the foundations for a new monetary policy framework had been laid after obtaining Parliament’s approval for necessary legal changes.

The first review of the policy undertaken by Patel followed the newly laid down procedure of a monetary policy committee taking dec­i­­sions based on transparent voting by its members, who were committed to reining in inflation at 4 per cent, with a permissible slippage of 2 percentage points either way. Monetary policy making became more democratic, as the governor now had to secure a majority vote on the committee’s decisions.

The government’s relationship with the RBI changed as a consequence. The gov­ern­ment empowered itself by deciding on the composition of the committee that would set the policy, but the new monetary policy framework meant that it was no longer easy for the government to persuade only the gov­­ernor and get a policy that it wants. If it had to influence monetary policy, it had to do so by working on all panel members. Three years of Rajan at the helm, from September 4, 2013 to September 4, 2016, will also be rem­­embered for the way in which he laid the foundations for a sustained attack on the banking sector’s sticky loans problem, expedited regulatory action to liberalise the process of bank licensing and initiated a foreign currency deposit swap programme to help cushion the impact of the US Fed­e­­­­ral Reserve phasing out its bond buying programme.

By May 2016, the insolvency and bank­ru­ptcy code was in place to facilitate the resolution of sticky assets of banks and liquidation of companies that could not be revived to help the lenders recover their dues within a fixed time-frame. The bank licensing regime was liberalised, a few new banks were launched, and a fresh system was in place to make bank licences available on tap.

Rajan achieved all this through meticulous planning. His first statement after becoming the RBI governor outlined a detailed action plan that he wished to implement. Before his tenure came to an end, Rajan had the satisfaction of seeing action on all those areas. He could be accused of having del­­ayed the tough measures on banks, forcing them to recognise sticky assets early enough, but he had a plan in mind and he broadly stuck to it.

And all this was not without excitement. Nine days after Rajan took charge of the RBI, Shobhaa De wrote a piece in a business daily, dubbing him as the poster boy of banking. De wondered how quickly Rajan had been “slotted as a much-panted-after sex symbol” and referred to her own tweet, calling him the Ranbir Kapoor of banking. “The guy’s put ‘sex’ back into the limp Sensex,” concluded De.

Rajan explained later his statements were misunderstood, but he was not willing to give up expressing his views as an economist even when he was the RBI governor.

To be fair, Rajan was to some extent res­p­onsible for his unconventional image of a central bank governor. When asked if in one of his monetary policy reviews he was dovish like Janet Yellen or hawkish like Paul Volcker, Rajan famously said: “My name is Raghuram Rajan and I do what I do.” The implicit allusion to James Bond was not lost. After about a year of his departure from Mint Road, Rajan explained the dilemma he faced in completing that statement and in the process he incurred disapproving reactions from many, including his daughter. That explanation, however, revealed a key trait of Rajan’s personality. It was his desire to counter any move to “pig­eonhole” him into existing stereotypes that propelled him to make that Bond-like statement, though in a lighter vein.

Not surprisingly, Rajan’s tenure had a hea­lthy dose of controversies over his many statements on the state of the economy or on the government’s policies. Many believed that his statements acquired political over­tones because he was an appointee of the Manmohan Singh government in September 2013, when he was moved to the RBI after his year-long stint as chief economic advisor in the Union finance ministry. Rajan explained later that some of his statements were plainly misunderstood, but that revealed another imp­ortant trait of his personality. Rajan was not willing to make any compromises with his freedom to express his views as an economist even while he donned the role of RBI governor.

Thus, he would defend his advice that the National Democratic Alliance government’s focus on Make in India would be more effe­ctive if that manufacturing focus is more on domestic consumption in light of the adverse exports markets situation. Similarly, he bel­­ieved that his comment comparing the state of the Indian economy to a one-eyed man becoming the king in the land of the blind became a victim of the social media’s penchant for oversimplified interpretation of what he  said. According to him, the controversies arose out of an incorrect understanding of the overall context in which he made those statements. For instance, he believed that his lecture on tolerance at the fag end of his tenure was actually a treatise on the importance of maintaining the tradition of tolerance and not a criticism of intolerance in India.

Even Rajan’s advice on demonetisation, which the NDA government undertook about two months after he left the RBI, became a subject of heated controversy. What is now clear is that the NDA government did seek Rajan’s views on demonetisation as early as February 2016 and he had indicated that although the move might have long-term benefits, its “short-term economic costs would outweigh them” and that there were better alternatives to secure those long-term benefits. Rajan also prepared a note, listing the kind of preparations the government needed to make and the consequences of not making those preparations, if the government decided to go ahead with demonetisation.

Did Rajan leave abruptly? Did the NDA government offer him a second term, cus­to­mary for most of his predecessors who joined the RBI with a three-year tenure? It would appear that talks between the government and Rajan for a fresh term did take place, but they did not culminate in a concrete proposal from the government. What led to the government not making a proposal for a renewal of Rajan’s term is not clear. What is clear is that Rajan became only the second RBI governor in post-reforms India whose tenure at the central bank did not last longer than three years. And for that to happen to a governor who made a big difference to the country’s financial sector is difficult to understand or explain.

A.K. Bhattacharya is editorial director of Business Standard and its former editor

Half A Day At Tin Pan Alley | By Durjoy Datta