The JNU administration has left non-science students in the lurch with its ‘all-is-well’ demeanour. Pragmatism can only work via feedback which is missing 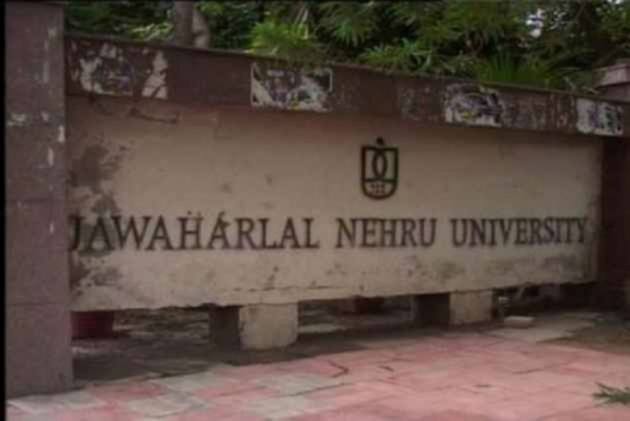 The impact of Covid-19 pandemic has brought drastic changes in the traditional teaching and learning practices, now the whole world majorly seems to adopt virtual methods. Technological enhancements and new modes of communication are being developed to replace the old-fashioned teaching methods but question remains, is the technology accessible and hence the education to all? India is a country where almost one fourth of the population live below poverty line, which depends on government subsidies for food and survival needs, this section is hardest hit in every manner be it economically or socially in times of pandemic.

Digital divide has already been a challenge but now it has become the new normal. Accessibility to the internet and the technological devices has become deciding factor in quality education, in such a scenario Right to education seems fading away and is being hit by new challenges every day. People in upper echelons of the economic structure have started normalizing their lives but it’s the population in lower rung which is devoid of facilities from food to education and employment too. These times demand that institutions and policy makers should be more cautious and inclusive regarding this alternate educational environment which is developing around us and excluding the people those are at the margins of society.

The Universities like JNU and DU provide quality education to students from all over the country, large section of students here belongs to rural, lower middle class or poor families. In times of Covid when hostels are shut these students are left with no choice but to stay at home. Being away from university space poses a lot of challenges such as daily struggle with digital barriers of internet access in hinterlands and technological accessibility in absence of economic resources to afford devices. Institutions negligent of student problems has made online mode of education compulsory, with less student attendance and constant teachers speaking it seems they have turned this more into an online gaming platform where actually the outcomes of teaching are visible or not is least of concerns.

PUBG, a popular online game which has grasped the imagination of youths is a platform where a player holds gun in his arm and try to hit the enemy and save himself in a given territory. The player feels like a virtual soldier and do all tactics virtually what a soldier do in a battle field. But, while playing the game he doesn’t feel heart-fluttering, anxiety, fear or tunnel vision which a soldier gives as a physical or emotional response. So, the PUBG player remains isolated with the feeling what a real-life soldier faces in battle ground.
In these times of pandemic, JNU administration, in the same way has dumped the entire education system on zoom platform where a student reaches on the platform alienated from his classmates, teachers and moreover from the feeling of communion which he experiences during offline classes.

In repeated attempts by JNU administration to ignore non-science background students, especially freshers, reflect how unempathetic administration is towards the arts and humanities disciplines as during multiple unlocking of JNU, none of the time non-science background students have been called, sincerely. This is an attempt to again hierarchies the disciplines on an absurd basis of importance of accessibility to resources.

In sociological studies, Max Weber framed society as a laboratory on which a sociologist conducts an experiment and study psychology, economy and various social aspects. For arts and humanities student, society is a laboratory where one constantly constructs meaning of his research while interacting with society.

The PUBG model makes a student deprive of his laboratory and turned social science education into a mere rote learning of text books where a teacher sets a task to do a group assignment and students have to fit into that model. For example, a sociology professor gives an assignment on “The Protestant Ethic and the Spirit of Capitalism” on online mode, students read the textbooks but the online discussion with peer group remains fragile and this detaches them from feeling of communion. A student is unable to understand his fellow classmates’ reality, his cultural and social background and thus makes a group without “we” feeling and rather make them a group which has been formed by lottery system and they have to perform a certain role and after that there is no informal discussion.

While interacting with multiple freshers I realized how a fresher from Hindi literature feels detached from her poetic expressions and fails to recognize the mesmerizing hue of literature which one encounters in class discussion. A sociology student is been devoid of group interactions. For a Political Science student, Locke, Rousseau remains in text books, they are unable to realize their theories in praxis.

A philosophy student reads the idea of Swami Vivekanand but unable to correlate with the artefacts dedicated to him on the campus. A language student who co-learn with his peers the intricacies of foreign language and observes his teacher’s emotion while making them learn the vocabulary is largely been missing. Thus, we can say that the PUBG model of education has mechanized the production of knowledge and dissolved the spiritual, emotional and moral content of knowledge in ashes. In this way we will be producing task doors than a social scientist.

In spite of all the students’ problem on the JNU campus, the elected students’ body, i.e. JNU’s Student Union is engaged in altogether a different territory and running a political campaign in West Bengal election which is not supposed to be a work of elected students representative. They should be more responsible towards students’ problems and concerns especially in most challenging times of century, their negligence helps administration play better PUBG with the students’ life and career. In this entire PUBGisation drive, freshers are feeling most marginalized and voiceless as the union fails to address their concerns and is least cared about voicing their challenges and administration is also equally deaf.

This article is not to demean the idea of online education rather it is an attempt to challenge the notions perpetuated by JNU administration which happens to be one of the topmost Universities, that offline education can be replaced by online mode and we can satiate our intellectual needs by chanting “All is Well”. The administration should at least take feedback from students and teachers to understand the lacunae in online mode of education rather than ruthlessly driving the gaming model and feeling relaxed in their four walled air-conditioned offices.

Also, the administration should reflect sincere attempts in bringing back the non-science students, which they feel do not need classrooms and hostels compared to their science counterparts, especially students belonging to marginalized communities, handicap or blind who are facing unimaginable challenges in dealing with the online mode of education. JNU is not only an institution rather it is a dream of thousands of students from underprivileged backgrounds. It is the responsibility of JNU administration and student body to uphold the rights and aspirations of thousands of students who dream to study defying all odds.

(The author is a Research Scholar at Centre for Studies in Science Policy, School of Social Science, JNU. Views expressed are personal and do not necessarily reflect those of Outlook Magazine)