When Did Our Students Become Criminals?

Why is this narrative of criminalization so easy to sell to middle-class India? writes Saikat Majumdar 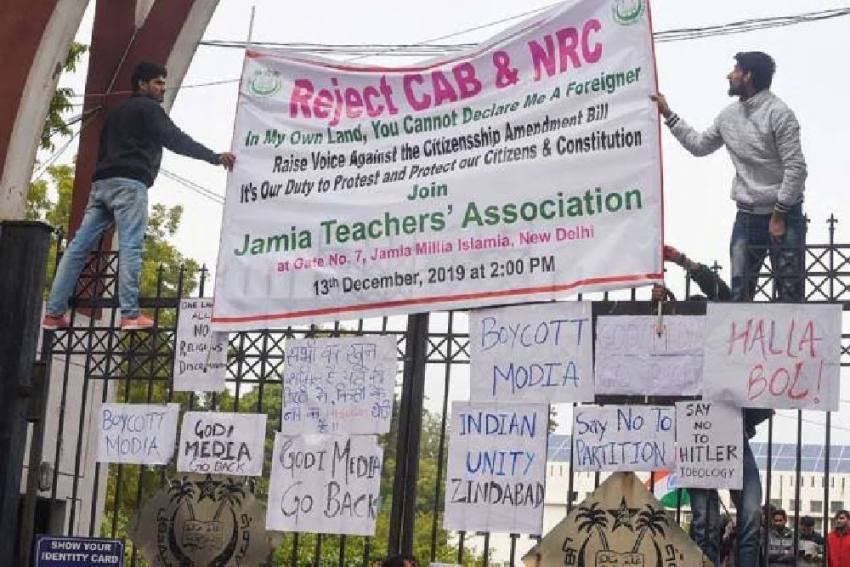 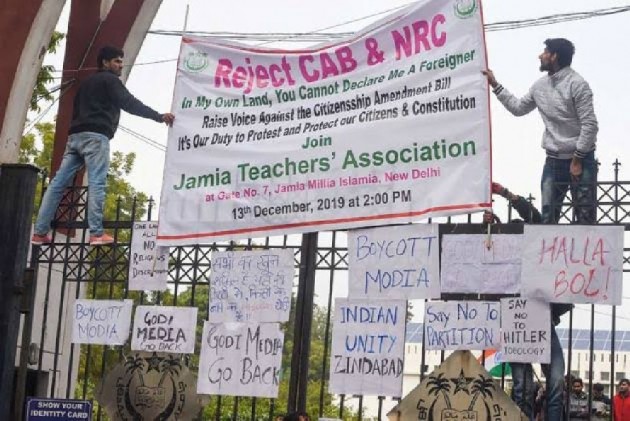 “10 Arrested For Jamia Violence Jailed For 14 Days,” said the headline of an NDTV news report on Tuesday evening, adding: “None Are Students.”

I also came across a tweet that said this is the fact – that the real troublemakers are not students – that needs to be rammed into public consciousness today. I couldn’t agree more.

The criminalization of our image of the nation’s college students explains the moral force behind police attacks on university campuses. It helps an anti-education alliance to coopt the sympathy of vast sections of middle-class Indians in a narrative of rage against student activism on university campuses. It becomes easy to say: “They are anti-nationals. They want to tear apart the fabric of India. They don’t study. They waste their time – and our tax money – on divisive politics.”

But why is this narrative of criminalization so easy to sell to middle-class India?

For the vast majority of middle-class Indians today, student activism symbolizes a betrayal of trust. A trust wrongly placed on a social group that is all but infantilized by Indians who think of themselves as non-student adults. How often have you heard the dig that so and so student activist is post-thirty? Why is that even a big deal? In many countries, the mature or returning university student is an accepted norm, and the so-called non-traditional students constitute quite a legible, alternative tradition. And anyone who has completed a Ph.D. knows that rolling beyond thirty is neither a professional nor moral failure.

But in the eyes of the Indian middle-class, university students are children. I don’t know how much it has to do with the Hindu notion of the Brahmacharya phase of life that is expected to precede Grihasthya, which is kind of productive adulthood in the heteronormative imagination. That’s a matter of historical speculation as much as research. But I do know that whatever the reason, the infantilization of college and university students is an empirical fact in India.

Even in the commendable speech recently made by the Vice-Chancellor of Jamia Milia Islamia University where she condemned police entry on campus, I noticed she referred to students as “bacche” – children. No doubt she meant it in a tone of support, but that support does not need to be parental. Too many people on social media have been talking of students as “our children,” and no doubt this makes sense as many of them have college-going children – and probably college-going grandchildren as well. But that is not the point.

Citizens beyond traditional college age (assuming there is such a thing) need to think of college and university students as younger peers. Not as children. Adulthood needs to be remembered as rooted in attaining the age stipulated by the law. Not to the fact whether they are studying or earning. In a country where child labor is routinely abused, that is an added travesty.

Once the imagination of college and university students as children is firmly entrenched, one only needs to tweak the unhappy soul of the neoliberal corporate employee who grudges the taxes they pay to remind them that they are in fact, “paying” for the education of these “children,” merely because of the fact that they pay taxes. Never mind how economically simplistic and fallacious that argument may be.

Now the middle-class anger begins to sound like this: “You ungrateful children, I pay for your education, and you dare to rock the boat and challenge my beliefs?”

For a political alliance that never had any real understanding of or sympathy for, higher education, this prepares the golden ground to unleash administrative ire on student protests of any kind. Left to themselves, that apathetic middle-class would not have initiated such measures. But when an intolerant alliance initiates such measures, it becomes easier for them to dwell between apathy and active moral support of police atrocities. The alliance in power knows of, and draws support and comfort from, this apathy/silence/implicit-explicit support that lingers over brutal administrative suppression of student dissent.

The gulf between town and gown is wide anywhere. Even a cursory look at cities like New Haven, Connecticut, or Oxford, England, will tell you that. In a country like India, with its staggering rate of illiteracy, one cannot begin to imagine what that might look like. What is new is the loss of sympathy of the urban middle-class with the myriad causes of student activism – from caste iniquities to religious discrimination.

This outrage comes from the sense of betrayal of the kind of relationship that shouldn’t have been imagined in the first place – that of college and university students as children.
The moment we stop thinking of them as children, we stop expecting passive compliance from them, and we start to respect them as adults. As younger peers who have the same right to participate in democratic processes, and voice opinions of their own. Youth has hope and optimism that fades beyond the early years – but that’s all the more reason for us to learn from them. Not encourage the forces that seek to crush them for dark reasons of their own.

(Saikat Majumdar, Professor of English and Creative Writing at Ashoka University, is the author of several books, including College: Pathways of Possibility (2018). @_saikatmajumdar)